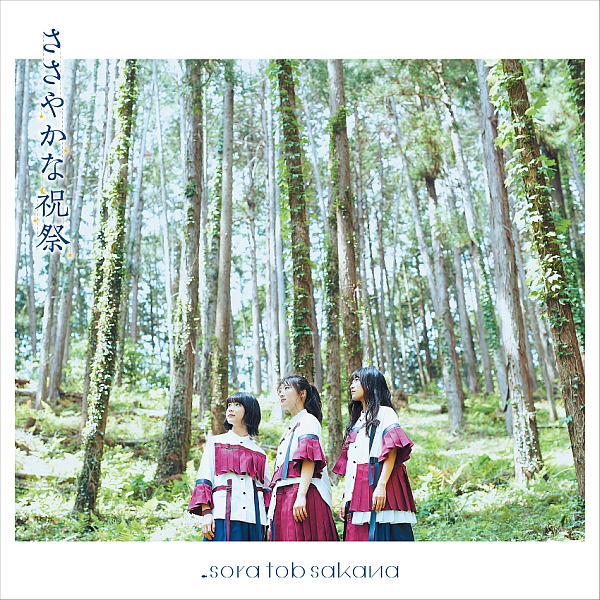 My thoughts on “Sasayaka na Shukusai”, the latest single from sora tob sakana.

For me personally, when an Idol group I enjoy “goes major” it usually means one of two things as far as the music is concerned. It either becomes pretty average and uninspiring, or “commercialized” if you like, or it blows hot and cold. One release might be really enjoyable to me and then the next one might not do anything for me. It’s weird how it seems to almost always happen apart from maybe one or two exceptions. Or maybe my tastes are just too elitest, I’ll let you guys be the judge.

It’s early days as far as sora tob sakana’s major label exploits are concerned, but they certainly seem to be falling into the “blowing hot and cold” camp as things stand right now. Their first major single “NEW STRANGER” (review here) really wasn’t anything to write home about, but their major debut album “World Fragment Tour” (review here) is probably going to be one of the best albums that you’re going to hear this year. If I were being pessimistic, I’d be assuming that the release I’m about to talk about today is going to be a cold blower but we’ll see!

Speaking of which, “Sasayaka na Shukusai” is sora tob sakana’s second major label single and its title track is being used as the ending theme for the current season of the “Dungeon ni Deai wo Motomeru no wa Machigatteiru Darou ka?” anime series. Yep, it’s a tie-up single but I’m going to try to keep an open mind here. I’m also interested to hear how things sound now that sora tob sakana have become a three-piece after the departure of Kazama Malaika back in May. Lots of questions to answer so let’s get into it and see what we’ve got here.

Considering that title track “Sasayaka na Shukusai” is being used as an anime theme, I was sort of expecting it to sound like a typical middle of the road mainstream sort of Pop style. I was then pleasantly surprised by the playful, soft Jazz instrumental that greeted my ears upon pressing play. There’s a sort of childish quality to it as the beat dances along with all sorts of horns, keys and percussion chiming in every so often to build up this pretty fun sounding tone while keeping the atmosphere pretty light. I’d almost argue that they keep things a little bit too light which does lead to some of the instruments getting a bit lost in the background while trying to compete with both each other as well as the vocals. I did enjoy the pretty darn long instrumental interlude in the middle of the song though, there’s a lot going on there and while it was unexpected I did like the jam session feel to it. Getting onto the vocals and I dunno man, the style definitely suits the whimsical, childish nature of the song but it’s not really my thing. They’re also quite pitchy at times, not that that’s a new complaint from me about sora tob sakana, which does take you out of it a bit but maybe that’s just me. I don’t think this song is really aimed at sora tob sakana’s typical audience but the instrumental is pretty interesting so if you can get past the vocals I’d suggest checking it out just for that alone.

The single’s first b-side “Ranhansha no Kisetsu” is definitely much more in line with what most people might be expecting from sora tob sakana. Well, assuming you expected/hoped for them to continue exploring some of the themes from their recent “World Fragment Tour” album (again, review here) anyway. Quite a lot going on, but boiled down to its main components this is essentially a Piano Rock style song with quite a lot of bells and whistles. These bells and whistles take the form of various percussion and synthesizer effects that combine to give the song a bit of a Maison book girl feel to it but not getting quite as abstract as said group often like to do. Not going to be palatable for some people but I kinda like stuff like this. Vocally this song fares much better than the a-side, primarily due to the singing not being as high pitched and sounding more natural as a result. It does get a little out of control during the chorus, and the same can be said for the instrumental too honestly, but apart from that everything sounds pretty nice. At times it is a bit more like a spoken word piece set to music, I’ll grant you that, but I think that style of delivery really suits the overall picture that they were trying to paint with this song. If you’re into that slightly abstract Pop sound that seems to be catching on more and more of late then I think you’ll probably like this track quite a bit.

Rounding out the single is its second b-side “Blue, yellow, orange, green”. A fairly odd title even by Idol music standards, or perhaps I’m just not smart enough to catch a reference here. Well, we’ve had a children’s song and some Piano Pop/Rock so far on this single so how about a little bit of Chill Hop to wrap things up? Yeah, I’m as surprised as you guys that sora tob sakana are trying their hand at this style of music but here we are. Starting out with a pretty…chill beat to accompany song spoken word lyrics, it’s definitely starting to become a bit of a trend to do songs like this if you’re an Idol group these days. The chorus is a much more melodic affair, with the instrumental soaring in accompaniment with the vocals but thankfully this time they don’t go super high pitched and instead opt for a bit of reverb to achieve a similar effect. This tone and style takes control for much of the rest of the song, though there are still several more spoken word moments and the Chill Hop style beats remain a near constant presence for the song’s duration. I kinda like that they had it play out like this, as it definitely gave the song a lot of added dimension and also let the sora tob sakana members do a lot more vocally. Like I said previously, this isn’t a style I ever really expected to hear from this group but I have to say that sora tob sakana have pulled it off incredibly well here. 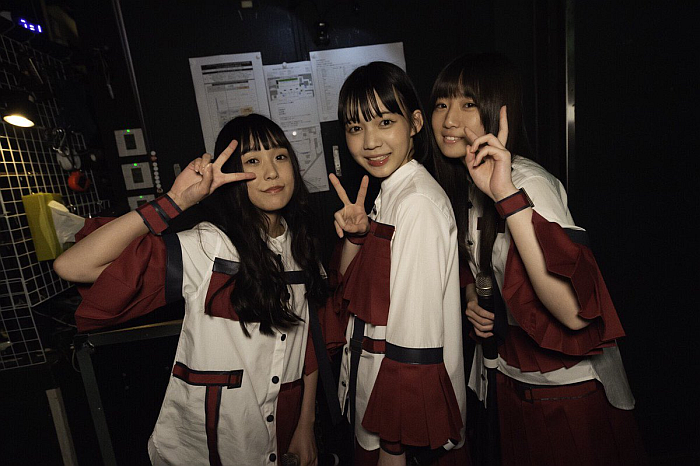 At the end of the day, “Sasayaka na Shukusai” as a single falls into that typical tie-up release pattern. The a-side is alright but clearly written with a specific outline in mind, and a lot of the more compelling material is featured on the CD’s b-side tracks. Somewhat unfortunate in this case specifically as I can see many causal listeners having one listen of the title track and pigeon-holing sora tob sakana as something that they’re not. If you’ve made it this far then I implore you not to do the same and give the b-sides a listen as they’re really good stuff.

Such is the major label life though, it is what it is. At least we can probably expect another sora tob sakana single to come out around the start of the next anime season if that’s the sort of work their label seems to want to give them. It’ll also be interesting to see if they opt to bolster their line-up with some new additions or decide to keep going as a 3-piece for now. All that said, in an ever growing pool of Idol groups experimenting with what the concept of a J-Pop song can be, sora tob sakana remain one of the bigger fish.