[Review] GANG PARADE – THE MUSIC AND THE GAME CREATES MAGIC 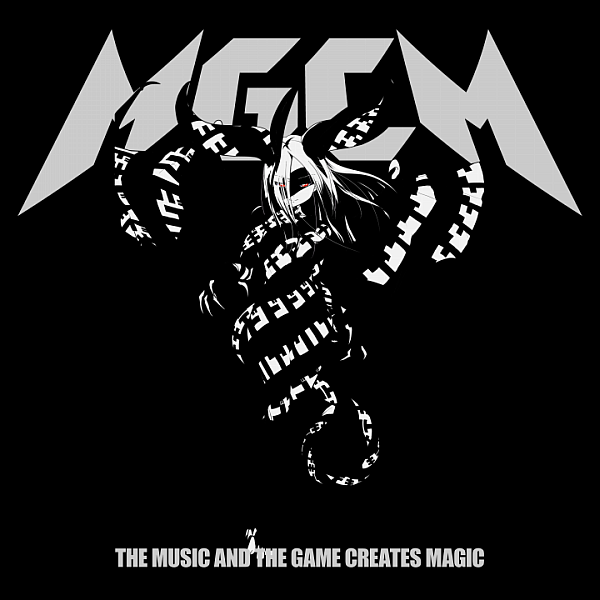 My thoughts on “THE MUSIC AND THE GAME CREATES MAGIC”, the latest EP from GANG PARADE.

I’m not sure if my attention has just been focused in other areas of both my fandom and personal life recently, but I honestly had no idea that the EP I’m reviewing today was even coming out until it showed up on Apple Music. Guess I really fumbled the ball badly on this one folks but I recovered the fumble and the game goes on. I’m not really sure where this sporting analogy is trying to go so I guess we’ll quit it while I’m behind.

So yeah, GANG PARADE recently released a new EP that I guess I just didn’t see or remember getting announced. This is their second effort since going major with Warner Music Japan this year with their “BRAND NEW PARADE” single (review here). Not sure the title was the most appropriate there as this wasn’t a whole bunch of new stuff on show but oh well. In any case, GANG PARADE have found a pretty safe groove over the past year which is fine, but I’m yearning for some experimentation like on releases of old.

Perhaps we’ll get some here, though this EP is a tie-up with a PC game called “MAGICAMI” which seems to be some kind of Magical Girl RPG if my very cursory research is anything to go by. Tie-ups are usually not the most interesting of affairs but the cover of the EP does look like you could lose a limb on one of its edges though, so we’ll have to see how it all plays out. While I’m not coming into this with a ton of optimism based on recent form, I know GANG PARADE can pull off some awesome stuff if they’re in the right mood. Hopefully they are today but there’s only one way to find out.

Lead track “Hontou ni boku ga ikitakatta no wa konnanja mu e!” also serves as the main theme song for the PC game tie-up that this EP is a part of. Pretty sensible to put it at the top of the running order then I suppose. There’s a very noticeable difference in tone when comparing this song to recent GANG PARADE output, with this song taking on a much denser, Metal meets Punk sort of concept. The instrumental is incredibly fuzzed out or just a straight up wall of distorted noise and I’m not totally sure if that’s a good thing or not. It sounds good…I think, and the chorus especially has a pretty catchy beat and melody. The problem I have here is that everything sounds like it’s being played through a vintage (read: trashed) radio with a very weak reception. It’s too fuzzy and distorted, almost like an effect was slapped on top of the song in post production or something. The vocals suffer from this as well which is incredibly unfortunate because they sound really good when they just about manage to cut through all of the noise and static. The verses are punchy and the chorus has some nice hooks, it’s just really hard to pick it all out unless you’re listening really closely. I’m not really sure what happened here but there is a great song buried in here somewhere, I’m just not sure it’s worth all of the digging you have to do to find it.

Up next is “fxxk your disco”, which I’m assuming has a censored title because it’s an insert song in this PC game or something. Kinda weird seeing as how WACK don’t normally care about unfiltered obscenities but whatever. The instrumental starts out in this kinda funky, rather bass heavy style and I have to say that it sounded pretty good. Unfortunately, as the song starts to build up steam the fuzz and the static start to creep back in again and when it gets into full swing it starts to get a bit too much when you combine it with the pounding bass. I do like the warmth that’s positively radiating from the song because of it but it’s a bit taxing on these old ears. Granted it’s nowhere near as bad as on the previous track but still, I would have liked a bit more definition than we got. Vocally I’m of mixed opinion because there are some parts of the song where they shine though and GANG PARADE flex some attitude on us, but then there’s other parts where they’re being smothered by the instrumental and you can’t really make out what any of the sounds they’re making are supposed to be…though it is pretty catchy. I’m not normally one to complain about vocals being lower in the mix on Idol songs but in this instance I wouldn’t have minded if they’d been pushed a bit further to the front. Another potentially great song marred by very odd production decisions.

Things take a very dark but also rather interesting turn with “Karada emotion”. After a rather ominous opening the song becomes this very dense and dark Metal style arrangement, which isn’t something I think we’ve ever heard from GANG PARADE before. Neither have we heard the harsh vocals that feature on this track before, and to be honest I’d probably prefer not to hear them again after this. Are they snarling, animalistic and “br00tal”? Sure they are, but there also isn’t that much technique behind them from the sounds of things and I’d rather no one cause permanent damage to their voice for the sake of one gimmick song. They’re not the main focus however, we get a little bit of a Rap flow, some clean and attitude packed verses, along with a bit of flexing in the form of range and note control on some of the songs soaring melodies. It’s not all criticism folks, in fact the instrumental on this song is probably the best one so far though it does like to flit between Metal, Synthcore, Pop and whatever other genres you want to throw in there. At least the distortion and fuzz is kept to an appropriate level and isn’t getting in the way of the vocals or instrumental too much so that’s a positive in my book. I really hope WACK uses some of their vast wealth to hire a harsh vocal coach if this is going to be anything close to a regular thing going forward however. Look after your voices girls.

Last up is “Daylight” and at this point I guess I wasn’t really sure what I should be expecting. I suppose a Synthcore song isn’t too far outside the realm of reasonableness given everything else we’ve heard so far and that’s pretty much what we got here. Feel free to argue with me about genres if you want, I’m sure that will be fun. Anyway, after a fairly bright though rather distorted start with some more Pop and Rap-ish style vocals accompanied by some “Woah, Woah, Woahs” the song slowly descends into the sort of madness we’ve been hearing on previous tracks. The harsh vocals make an appearance once again and possibly sound even worse than on the previous track so there’s that. I’m not going to sit here and encourage it but I’m sure some people out there will love it. The synthesizer melodies on this song are actually pretty good and do a good job of cutting through the roil of other stuff that’s going on in the instrumental. All of the clean, non-gimmicked vocals sound great too from what I could make out due to how low in the mix they’re sitting so it’s not like I’m complaining about everything. Far from the hardest song to listen to from this EP but I still found myself having to rummage around to find the bits that I did actually enjoy so far from perfect either.

Well, this was definitely the most experimental thing that GANG PARADE have done in a while. Plenty of seldom, if ever, heard influences and musical styles so that’s neat. Can’t say that I enjoyed a whole lot of it though which kinda sucks but I think a lot of my issues are with the mixing and production more than anything. Well, that and the harsh vocals which I really hope doesn’t become a thing unless the girls get actual training to do them correctly. Would be interested to hear your thoughts on that particular element actually.

Ultimately, I don’t think this EP really says or indicates anything with regards to the future musical direction of GANG PARADE. They’re unpredictable at the best of times but this release being essentially a soundtrack to a video game probably means they were given a brief and went with what it asked for. Maybe I’m wrong though, I guess the only way to find out is wait and see what the next GANG PARADE release sounds like, when it eventually comes out.

Enjoy the content? Consider supporting the site on Patreon for as little as $1 a month.
gang paradeMini-Album Reviewwarner music japan
0 comment
FacebookTwitterTumblrRedditEmail