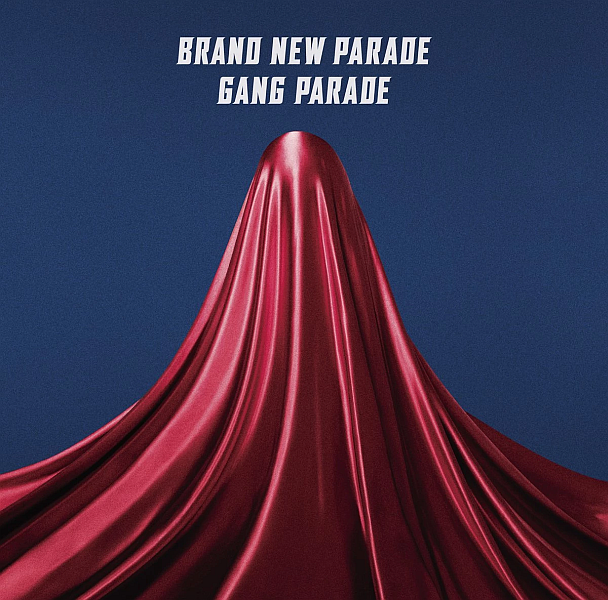 I’m honestly not sure what the appetite is for WACK related content currently. Part of me would like to think we’ve moved past all of the drama that came out of the most recent round of auditions for example, but it feels like if it’s not one thing then it’s another. Or maybe it’s more that my appetite for WACK related content hasn’t been that big lately that’s making me think like that. In any case, if you’re reading this and have had a pretty negative reaction to the recent BiS break-up/re-debut news or anything else WACK has done recently then I hope you’re not going to let it affect you too much going forward.

GANG PARADE, they’re a WACK group last I checked. They also just signed their first major label recording deal with Warner Music Japan. That’d be a bit too boring though so they’ve gone and got themselves an imprint called Fueled By Mentaiko, WACK loves a…let’s got homage, don’t they? In any case, that development makes this particular single a pretty big deal, at least in my mind anyway. It’s always interesting to see what happens to an Idol group and their music after they “make it”.

Speaking of the music, I’m not really sure what I’m expecting out of this single. Normally going major would make me have some pretty big doubts but in GANG PARADE’s case their musical output over the last 12 months has been fairly lackluster, so maybe this is the shot in the arm that they needed. Maybe I’ll also get to find out if my wild conspiracy that they phoned in their last album “LAST GANG PARADE” (review here) to fulfill a contract is true or not. In any case I’m just hoping for something fun and maybe a little experimental, so let’s see if I get my wish here.

When you title a song “BRAND NEW PARADE”, presumably a reference to a new chapter in your group’s career, it makes you (or at least me) think that maybe there will be some different things attempted musically. That does end up being the case here but whether you think it’s a good change or not probably depends on how much you enjoyed GANG PARADE’s previous output. The song opens with a marching band style instrumental which was a nice touch before launching into the main composition. It’s pretty loud and very heavy on the distortion which I’m not super keen on personally. To me it feels like they’ve tried to jazz up a kind of basic Rock instrumental by blowing everything out, thus making a wall of noise. The brass section providing some highlights to all of this is nice but it just feels so at odds with the vocals. Speaking of which, you get some pretty solid GANG PARADE vocals on this song so that’s a plus at least. Well structured verses, a nice hook here and there along with some good energy sort of brings thing back for me a little. The chorus is decent enough, even if I feel like I’ve heard it before somewhere, though I think various aspects of the verses outshine it at times. For a new era of GANG PARADE this feels like a bit of a flat note to start on personally.

B-side “Dreamer” offers a much more interesting proposition, if only due to the fact that this really is a style of song that GANG PARADE have rarely, if ever, attempted to do before. Things start off on a very tense, somewhat dark note with several solo vocal parts being accompanied by an instrumental vaguely resembling something you might hear from an orchestra. That doesn’t last too long though, with the song eventually transitioning into a style that could kinda be described as being somewhere between Rock and Metal with a sprinkling of Symphonic elements to make it a bit more interesting. They do try to brighten things up a bit with some synthesizer in the chorus however, to give the song some form of loose Pop element. The vocals follow the instrumental style fairly closely, being a bit dark and intense for the verses and much more bright and energetic for the chorus. A couple of decent hooks too, which might be somewhat surprising given the overall style of the song. It was kinda cool to hear something different out of GANG PARADE here, even if it’s not what most people are likely tuning in to hear from them.

Well, this was definitely an interesting major label debut from GANG PARADE. They certainly didn’t hold back on the more experimental ideas like I thought they might, be it by their own volition or otherwise. I’m not really sure what longtime fans of the group will make of this single though and I’ve got some reservations about some aspects of the production as well. The songs were definitely different, which made them interesting to a fair degree but I wasn’t particular blown away by the overall package.

Not bad as far as major debuts go but it’ll be interesting to see what happens from here. I’m sure there’s going to be a tie-up song or three in the not too distant future so we’ll see how that goes. Hard to say what the next single will offer as GANG PARADE are unpredictable at the best of times but I will be curious to hear what they come up with. It’ll also be interesting to see just how much influence their new record label ends up having over the group’s musical direction. Only time will tell on that one I suppose.

Enjoy the content? Consider supporting the site on Patreon for as little as $1 a month.
gang paradesingle reviewwarner music japan
0 comment
FacebookTwitterTumblrRedditEmail