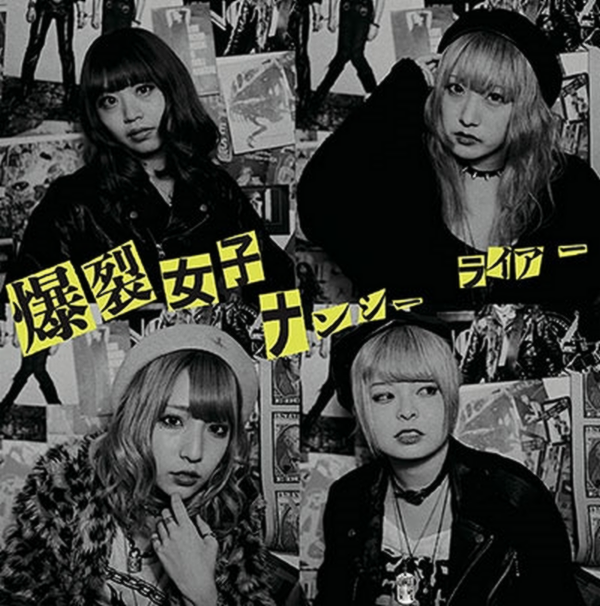 My thoughts on “Nancy”, the latest single from BURST GIRL.

Man, you guys don’t know how long I’ve been wanting to write about this single for. I definitely wish this could have been out sooner (like, back in February ideally) but you know how this stuff sometimes goes. Some of these releases are kinda hard to get ahold of for various reasons. Maybe it’s a live show exclusive, or only sold in a certain store and for whatever reason there’s no digital option in the year of our Lord 2019. Yeah.

The above is certainly true for this single I’m going to be writing about today. “Nancy” is the second single released from BURST GIRL (ex. Guso Drop), after their statement making self-titled debut “BURST GIRL” (review here) came out in May of 2018. For those not in the know, the group has a fairly heavy Punk aesthetic and the DIY attitude to match. Well as much as that stuff can be applied to an Idol group anyway. I rather enjoy their music and attitude to doing things so I’m looking forward to getting some thoughts down on paper about this single at long last.

Speaking of which, I’m very familiar with the title track as I’ve been looping it on YouTube with pretty good regularity since the MV was uploaded, forever ago at this point. The b-side however is a bit more of an unknown quantity so I’m looking forward to hearing what they’ve done there. I’m expecting something a bit thrashy, with the sort of swagger that we’ve come to know and love BURST GIRL for over the years and their different incarnations. Who knows though, maybe they’ll surprise me with a Ballad…yeah right.

Title track “Nancy” gets its name from Nancy Spungen, perhaps most well known for being the girlfriend of Sex Pistols bassist Sid Vicious. In fact the song itself seems to make reference to and perhaps somewhat romanticize the pair’s well documented, tumultuous relationship. Make of that what you will, but that doesn’t change the fact that this is a pretty great song. Right from the get go we have a crunchy guitar instrumental that has a catchy rhythm to it, along with some equally catchy vocals that granted are a bit rough around the edges but that’s what BURST GIRL are about so get used to it. This song is a bit of a Punk Ballad so there isn’t the usual intensity that you might expect from BURST GIRL but there’s still plenty of attitude, especially when they’re telling us “Fuck you” at various point throughout the song. The chorus is pretty light and pleasant, declaring a love for Nancy that is most likely supposed to be from Sid’s perspective. Instrumentally the song is fairly simplistic, drawing on a well established Punk Rock structuring to the drumming and guitar riffs, with a solo or little bit of flair incorporated here and there just to give the song a little something more. Likely not to be to everyone’s tastes but I really like this song a lot.

For some reason, if you Google the title of this single’s b-side you get a lot of results for a classical Greek instrument. I’m going to assume BURST GIRL were going with “Liar” as a title though as that seems more reasonable. So yeah, this song more than makes up for whatever “Nancy” might have been lacking in both intensity and loudness. Loud, heavily distorted guitar riffs are the main driving force behind the song’s instrumental, providing an almost wall of noise quality with how dense and almost “evil” sounding they are. I think there’s maybe a very mild synthesizer element too but I’m not totally sure as it’s rather hard to pick out if it is there. The drumming is a bit weird, at least to my ears, as the cymbals seem to be very high in the mix for some reason and then the stuff you expect to be there (bass drum, snare, etc) just kinda isn’t a lot of the time. It’s by no means terrible, but very different to what I’m personally used to. Vocally BURST GIRL bring a whole bunch of very intense personality to the song, almost snarling out the lyrics at some points. The chorus is a good bit more vanilla however which is fine, but I did feel like it almost gets lost with everything else going on around it. Not a bad song by any means, but it does very much feel like it’s a b-side if that makes sense. 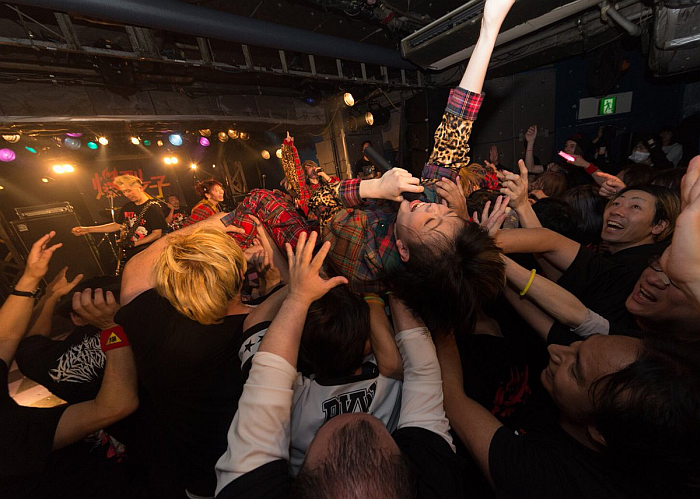 My minor gripes about the b-side aside (heh), “Nancy” is a very enjoyable single. I obviously prefer the title track myself but I can definitely see a good number of people finding the b-side equally or even more enjoyable. It’s just a shame that they’ve made it so hard to listen to. I think the only real way to get this single currently is to buy it from BURST GIRL’s online store. One of those unfortunate things with some groups I guess.

It’s not all bad news though. BURST GIRL are releasing their first mini-album “RIOT” in a few weeks and that will be much more widely available. Probably no digital option and neither of the songs from this single feature however, but it’s something to look forward to at least. I know I am anyway. I just hope it doesn’t take me as long to get a review out for that release as I did for this one. I certainly hope it won’t, that’s for sure.