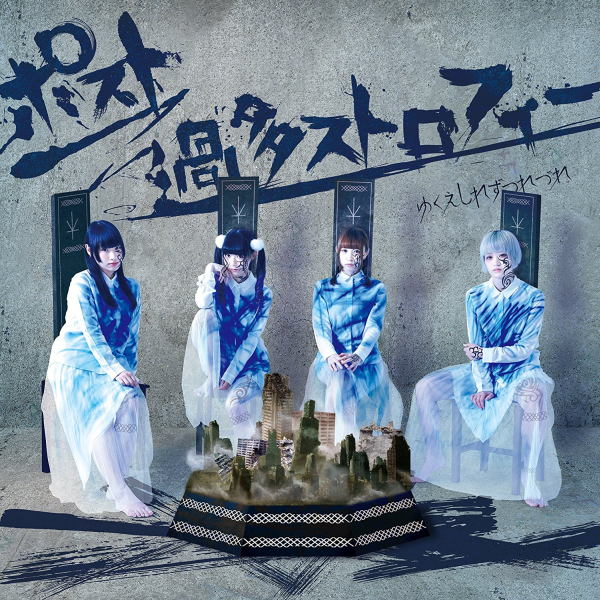 My thoughts on the debut album from Yukueshirezutsurezure.

The last couple of years have been pretty great when it comes to the birth of new idol groups. Of course there’s always been a high number of new groups appearing on the scene, but lately it feels like we’ve been particularly lucky not just in terms of the high quality of said new groups, but also the diversity. One such group is Yukueshirezutsurezure (who will be referred to as “Tsurezure” from this point forward) who, along with their sister group Zenbu Kimi no Sei da have been doing great things since their debuts a little over a year ago now.

This year alone, Tsurezure have released their EP/mini-album “Antino未deology” (full review here), as well as their double a-side single “Six Fall Roar / Nietzsche Tono Gikyoku” (full review here). Both are incredibly polished releases, well above the standard that a lot of newer groups would produce even a couple of years ago. It feels like there’s been a real push in the direction of quality song production of late and it’s definitely something I welcome. I haven’t really looked into it, but I’d wager that the people producing the music for these newer groups also tend to be younger while also having plenty of experience with modern production software.

That’s all getting away from the point of this particular article though. I’m supposed to be reviewing Tsurezure’s debut full length album “Post Catastrophe”. Is that like “Post Punk” or “Post Hardcore” maybe? Catastrophes aren’t cool anymore kids, it’s all about those “Post Catastrophes” now. Unfunny jokes aside, I’m really looking forward to checking this release out. I’m a big fan of what Tsurezure have been doing all year and I expect this album to be a continuation of that. With that said, buckle up because things are about to get loud and there’s going to be a lot of screaming.

The album opens with its title track “Post Catastrophe”. I’m still unsure as to what the catastrophic event is that they’re referring to however. Maybe it’s a song about Zenbu Kimi no Sei da’s recent woes, wouldn’t that be something? I really should work on my Japanese. I always feel like the opening song of an album should be like a statement of intent, and I get that feeling with this song. It opens with some pretty sweet sounding vocals backed by a more hardcore style instrumental, all of which is present throughout the song. There’s even a Zenkimi style breakdown at one point. However, just when you’re lulled into a false sense of security…BAM! Out comes the screaming and we see a flash of the true face of Yukueshirezutsurezure.

Off to a solid start here, up next is a second new song titled “Doppelganger”. Did you know that if you see your doppelganger that it’s supposed to kill you and assume your old life? Just a random little fact I thought I’d throw in there. The lyrical side of this song is definitely performed like a ballad, well apart from the the screaming parts of course. The instrumental side of things definitely isn’t trying to be a ballad though, with some pretty prominent drumming and what I would consider Rock style guitar riffs. This is another really good song so we’re 2 for 2 currently. Not the most catastrophic sounding start though.

“Chigiri Hirari” is next in the running order. This song featured as a b-side on Tsurezure’s last release, and again you can read my full thoughts here. Basically this song has a bunch of synths and reverb going on, as well as a piano that you can just about make out in all of the chaos. It vaguely reminds me of early William Control (I’ll take “References that no one will get” for 500 Alex) in a way. There’s a fair amount of spoken word in this song, but the parts that are actually sung are really quite catchy. I feel like this song is definitely one of Tsurezure’s more accessible offerings to date, one that even those staunchly against screaming can enjoy.

Man, Tsurezure have definitely come out swinging on this album. Track 4 “the End of…” (“the end of” what though? Heartache? Zenkimi? The world?) is yet another all new offering. The synths are once again out in force, although on this occasion they’re a bit more subdued. This song is trying really hard to be a ballad, but I can’t take it seriously as one with that pounding drum beat in the background. It’s a great showcase of how good all of the members are at singing though. Of course there’s also some screaming sprinkled throughout, because it wouldn’t be a Tsurezure song otherwise, right?

“Psycho-Hi”, which just sounds like such a great song title, marks the midway point of the album. I’ve been rather impressed with all of the new songs on offer so far, and this one is no exception. Man, they really had me going for the first 30 or so seconds with that choir singing gimmick. I thought this was going to be the most boring song on the album, but then they flipped it on its head and everything went all chaotic. Sure the more sedate style from the beginning returns every so often, but it’s there to create a really awesome contrast. I think this song is one of the best examples of the two faces if you will of Yukueshirezutsurezure.

So we’re 6 songs into this album and we’ve only had two retreads of previously released songs. That’s probably even a harsh thing to say considering both only came out as a single a few months ago. Again, you can read my full thoughts on “Nietzsche Tono Gikyoku” here, but I know you’re all busy people so I’ll give you the short version. This song is heavy, it’s intense and it’s also quite catchy too which would kind of go against those previous two things but hey, that’s what it is. This is the Tsurezure that I love, and maybe this review well get some of you to love them too.

I’m honestly not even sure what to make of a song title like “Indie Skin”. Part of me hopes I just didn’t get the translation right, or maybe it’s some kind of profound statement relating to Tsurezure trying to shed their indie status or something. Man, I should write speeches for politicians. This song definitely doesn’t fit the image that a lot of you probably have of Tsurezure, that’s for sure. It’s a much more typical sounding J-Pop ballad, with a really great vocal performance from all involved. There’s a lot of passion here, although I personally could have done with it being slightly less high pitched.

Following on from that, we have the third and final instance of an older song featuring on the album. “Six Fall Roar” was released on the same single as “Nietzsche Tono Gikyoku” and “Chigiri Hirari”, which once again you can read my full thoughts on here. Basically, this is a pretty good song but I just felt that something was missing for some reason. Like I mentioned in the full review, it just didn’t feel like it had the usual Tsurezure intensity and it didn’t really have the best hooks to compensate for that. It’s still a really solid song though, just less so when put in the context of other Tsurezure songs is all.

We reach the penultimate moments of this album with “Word flood Moment”. With a title like that I guess I would expect a lot of rapid-fire lyrics, potentially via the medium of screaming. What I wasn’t expecting was a very un-Tsurezure like Electropop song to be played into my earholes. I feel like this is what Zenkimi would sound like if you really slowed their music down or something. Yeah, kind of got blindsided with this one. Forget anything I said about “Chigiri Hirari” being Tsurezure’s most accessible song. This song right here holds that honor, and I don’t see it giving it up any time soon.

The album closes with “Ikishini Gairon” which translates to something incredible like “An Introduction to Death”. With a title like that, I would have maybe had this as the first song on the album, but that’s just me. This song has a pretty great energy to it which is definitely a plus for me as you all know by now. It also hits pretty hard, unlike some of the other songs on this album so full marks there. This is definitely my preferred style of Tsurezure song but obviously you can’t just do this on every track, although some groups do. Definitely a very strong finish to an overall great album. 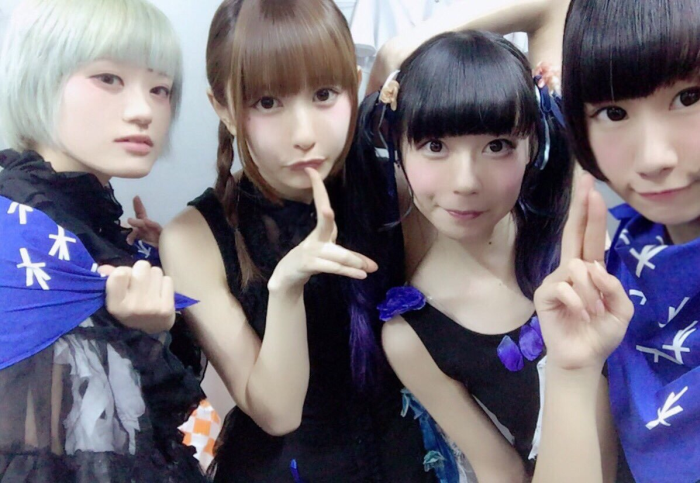 I’ll be honest with you, this album wasn’t exactly what I was expecting it to be. I kinda figured it would be a little bit more hardcore and that there’d be a lot more screaming than there was. What we did get was really great of course, don’t get me wrong. Granted, some of it sounded a bit too much like Zenkimi, but then again some Zenkimi has been sounding a bit too much like Tsurezure so I’m not really sure what’s going on there.

It’s going to be interesting to see what happens with both Tsurezure and Zenkimi in 2017. I kind of feel like their management should look at bringing in some more writers for both groups. Doing everything in-house obviously has its advantages, but some fresh ideas wouldn’t be the worst thing in the world. I’m sure we’ll find out soon enough, if 2017 is anything like 2016 was I’m sure Zenkimi are already hard at work on their next release, with Tsurezure not too far behind.