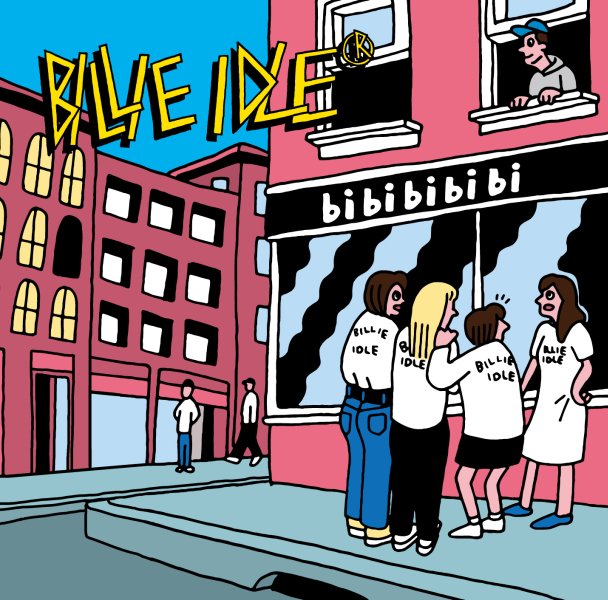 My thoughts on the third album from NOT IDOL(s) BILLIE IDLE.

Man, it has been a minute since BILLIE IDLE® last released some new music. Well, actually it hasn’t been that long since their EP “”4 in 1″ THE OFFICIAL BOOTLEG” came out back in April. You can go check that review out if you want, I was quite happy with both the release and my writing at least. Maybe you’ll have a different opinion though, such is life. Still, for a group that released 2 albums and an EP in very quick succession, a 5 month lay-off was probably not what most of us were expecting them to follow up with. On the other hand, maybe a break isn’t going to end up being the worst thing in the world.

Unfortunately, the circumstances behind said break are fairly unpleasant. You might have noticed, but Yasui Yuuhi is no longer with the group. She went on an indefinite hiatus months ago and in the idol world we all know how those typically turn out and it’s never usually good news. In her place we now have Momose Akira who, you guessed it, is the younger sister of Momose Momo and a pretty interesting pick-up in my opinion. I guess BILLIE IDLE® like to keep things in the family (that was a terrible joke, I know). Hopefully Yuuhi is doing well with whatever it is she’s doing now.

So here I am reviewing “bi bi bi bi bi”, which is BILLIE IDLE®’s third album in about the space of 18 months. That’s pretty much unheard of, unless you’re an artist like Buckethead who releases a million albums every year. I’m coming in expecting good things to be transmitted into my earholes because BILLIE IDLE® are usually pretty good at that. I’m also interested to see what Momose Akira brings to the table. Yasui Yuuhi’s voice added an extra dimension to BILLIE IDLE®’s sound so I do have to wonder what impact her absence is going to have. That’s enough pondering though, let’s actually get into the review.

The album opens with “Nakisou Sunday”, which is also the song that they’re using to promote it. Logic, we like that here at SHiT HQ. I don’t know about you guys (those of you who are old enough anyway), but I’m getting major old school Punk vibes from this song. Especially the opening riff, which makes me think back to bands like The Clash who helped pave the way for so many bands. BILLIE IDLE®’s thing in the past has been doing all of these nostalgic throwbacks to various music genres and nothing appears to have changed on this album thus far. As a fan of Punk music, I definitely like this song a whole lot.

Off to a good start for sure. Next up is a song that is simply titled “pet”, whatever that is supposed to mean. Odd title aside, the Punk theme sort of continues with this song except it’s a little bit more modern and mainstream. I thought the vocal parts where it switched between each member after every word or two was pretty interesting, if not a little confusing to the ears at first. All of those “woah” parts are probably pretty cool when accompanied by a live crowd too. Uika and Momo are in top vocal form as always when called upon to do much of the heavy lifting, but that’s just standard BILLIE IDLE® at this point. That’s two pretty great songs to kick things off, not bad.

“Hontou no Yume wo” looks to continue that streak, and I think it does a pretty damn good job of it. So I was trying to figure out the best way to describe this song to people who haven’t just stolen the album from some website or other and are also for some reason using this review to influence their buying habits. Anyway, I think I found a pretty good comparison. This song right here is such a PASSPO song it’s pretty unreal. I’m talking good PASSPO too, not whatever they were doing for the past year or whatever before signing with Crown Records. If you’re into “Check-In” through “One World” era PASSPO then this song is going to tick a lot of boxes for you. It certainly did for me. 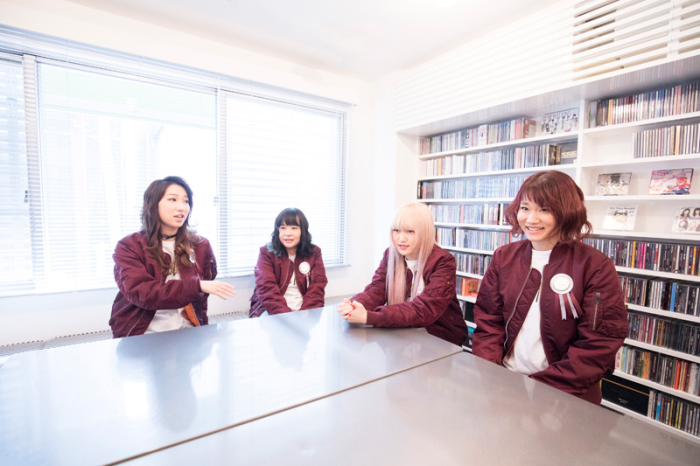 When I see a song title like “BiG BiG WAVE” and know of BILLIE IDLE®’s throwback tendencies, I like many others sort of expect them to be busting out a Surf Rock song. Well, they sure swerved all of us with this one didn’t they? This song has a very familiar guitar riff running through it but I can’t place where it’s from. It has what I would call a “theatrical” feel to it, and the vocals definitely back that up. Speaking of the vocals, Uika’s performance on this song even managed to melt my cold, frozen heart a little bit. This song has it all; it’s a bit funky, it’s a little bit sexy, it’s a whole lot of awesome.

Things take a bit of a weird turn with “Riyuu Naki Hankouki”. The opening instrumental sounds like something you’d blast while you’re driving down the highway. Then the vocals come in and it’s like a spooky Halloween song or something. I don’t hate it, I was just a little bit thrown off is all. This song has so much personality to it and once again the vocals are just great. The echo sound effects are a little bit cheesy, sure but I kinda saw the humorous side to it. This song is a bit slower than what I’m typically into, but everything going on with the vocals and in the instrumentals is more than enough to keep my ears interested.

It wouldn’t be a complete album experience if there wasn’t a ballad or two included, and a ballad is what “Hajimari Emotion” is trying to be. It’s not trying too hard though, which doesn’t bother me in the slightest. The chorus comes the closest by far, but the Rock instrumental probably isn’t fooling too many people. The “Oi! Oi! Oi!” parts of the song are also probably pretty awesome to do live, which is what people tell me idols are all about (even if BILLIE IDLE® claim that they aren’t idols). This is definitely the “slowest” song on the album thus far, but as far as “slow” songs go I think it’s definitely one of the more interesting ones in recent memory. Maybe not if you’re a traditionalist though.

“Youkina Beachside” would be another pretty great name for a Surf Rock song, so of course it didn’t actually happen. Seriously though, can we get a Surf Rock song out of BILLIE IDLE® sometime? That’d be great. What we did get was a Rock song though, and one that lays it on pretty thick with the attitude during the verses. When it comes to the chorus however, things take a bit more of a Punk turn which was a nice way of giving the song a bit more energy than it would have otherwise. The components of the song are pretty simple if you break it down, but put together the way that they are, they make for a very enjoyable listening experience. Nice guitar work too by the way. 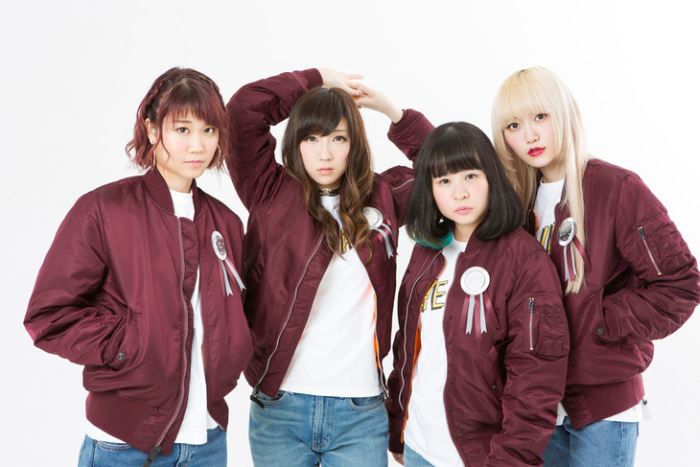 Now here’s a song title that’s close to my heart as a serial procrastinator. “Ashita, Ashita, Ashita” or “Tomorrow, Tomorrow, Tomorrow…I’ll study for that test/do that thing Tomorrow”. Well this song definitely isn’t as lazy as me, it actually has a ton of energy behind it. The main reasons for this are the really upbeat flow of the vocals, and the surprising but welcomed use of harmonicas sprinkled throughout the song. The other instrumentals are just kind of there, but they do the job of helping the song along well enough. I think my biggest takeaway from this song is that people are probably going to underrate the vocal work, there’s some pretty complex stuff going on in there.

Remember that part where I said it wouldn’t be a complete album experience if there wasn’t a ballad or two? Well, “Futa Shika na Melody” is a straight up ballad, in every sense of the word. The vocals are pretty nice and the instrumentals are about as inoffensive as they can possibly be. If you’ve heard pretty much any Idol ballad in recent years then you’ll have a good enough idea of what to expect from this song. I say these songs aren’t really my thing, but lately there have been a few exceptions to that rule. Unfortunately, I wouldn’t really class this song as one but it’s an objectively decent song and I get why it’s on here.

The last song on the album is “Jackie no Dai Bouken ~Jigoku Yori no Shisha~”, which I’m not even sure if I managed to translate properly or not. What I do know though is that these guitar and bass riffs are awesome, this is totally my kind of stuff man. On the vocal side of things, Uika absolutely kills it, which should come as absolutely no shock to anyone who is even the slightest bit familiar with any of her past work. Everyone else of course has a part to play too, but I’m just calling it as I see it. This ain’t a Hello! Project fansite, we don’t obsess over line distributions and screen time here folks. We just like great songs, which this one definitely is. 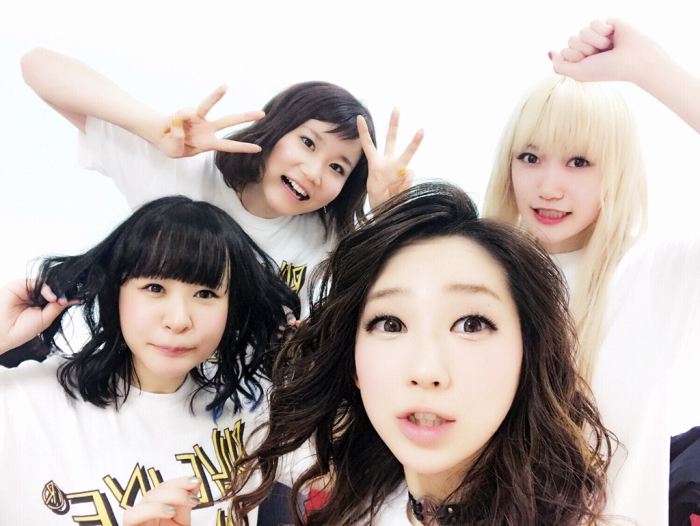 Man this album is pretty awesome, assuming you’re able to appreciate the original material that many of the songs are drawing inspiration from. If you’re only into those newfangled genres of music (“Deep House”? Really?), well one you haven’t lived and two, maybe this won’t be your thing. The album is a little on the short side too at just over 30 minutes long, but given how many songs end up getting dragged out to 4 or 5 minutes these days, I can’t say I hate it. The songs do what they need to do and then they’re gone, and in a lot of cases you’re left wanting more. What a crazy concept, right?

It seems like BILLIE IDLE® have managed to take the departure of Yasui Yuuhi in their stride and in the process have produced their best work to date (in my opinion anyway). I think Momose Akira brings some interesting things to the table, but I think I still need to hear a little more of her. It’d be cool if she got a solo song like everyone else has or something like that. It’s tough being in a group with both Uika and Momo, or easy depending on how you want to look at it. Either way, I will always be up for more music from BILLIE IDLE® and it’ll be interesting to see if they pick back up the pace with the releases now that things are back on track.