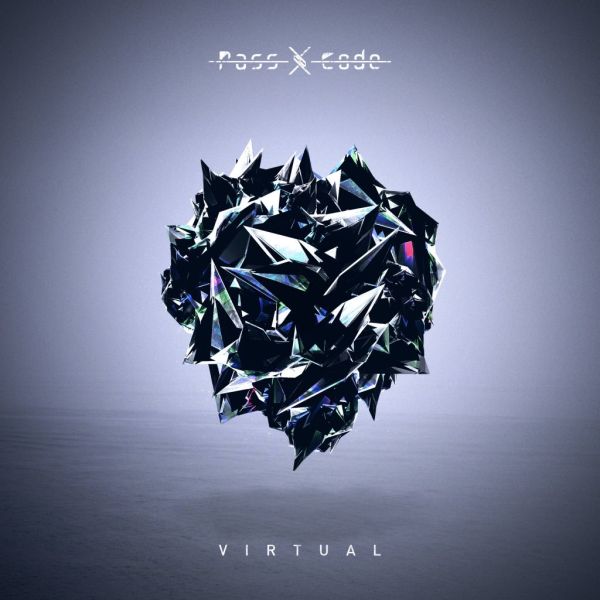 My thoughts on the second album from EDM rockers PassCode.

PassCode were one of the first groups to make a name for themselves in the “pop meets metal” genre after BABYMETAL started to become popular on an international level. Their debut album “All is Vanity” was a very accomplished collection of songs from what was essentially an indie group at the time. At least I thought so anyway, so if you’re looking for something else to listen to after reading this then go check that out too.

Unfortunately, because they chose to ply their trade using synths and heavy metal, there are some idiots out there who insisted that they were some kind of BABYMETAL rip-off. It’s a really boring argument to me at this point, and typically tips me off to the fact that the person making it probably hasn’t actually listened to PassCode much at all. I guess everyone doing pop music these days is ripping off The Beatles by these peoples’ logic.

Anyway, enough of that nonsense (seriously though, I hate people like that). We’re here to take a look at PassCode’s sophomore album which is simply titled “VIRTUAL”. There’s too many tracks to really do a track by track take on it, unless you guys want to be here all day. So with that in mind, I’ll talk a bit about what I liked, what I didn’t like and then wrap it all up with a nice little bow at the end. Sound good?

“VIRTUAL” includes PassCode’s three singles; “Never Sleep Again”, “Now I Know” and “Nextage”. This is the first time they’ve all been collected in one release so if you haven’t given PassCode a try before now then this is a pretty good jumping on point. Interestingly enough, the album doesn’t include any of the b-sides from the aforementioned singles so as far as I can tell there’s actually 9 brand new songs on here. Not bad.

The main elements of much of the album are of course EDM and heavy metal. It’s the signature PassCode sound at this point so anyone coming in expecting Russian polka probably needs to adjust their expectations. That being said, they do add in some other elements to spice things up a bit. “from here” and “Ninja Bomber” being two examples of this, with piano playing a significant part in the former and the latter featuring a pretty weird and unexpected tribal influenced breakdown.

When I’m reviewing albums I typically recommend a couple of songs to give the busier of you somewhat of a snapshot of things. Three songs that stood out to me for various reasons were “Never Sleep Again”, “Signal” and “Selfish Girl”. Each offers something a little different and I think they showcase PassCode as more than just a one dimensional act. They definitely have a style that they’re comfortable with, but that doesn’t mean you can’t do a lot of things with it.

PassCode are very adept at the style of music that they work with. You would be hard pushed to find any reasonable person who would say that each component of their songs aren’t very well structured and produced. They still have the underground vibe about them, but the music is very professional and perhaps maybe even a little bit too clean at times. I suppose it’s a bit tough to make electronic music sound too rough around the edges without it just turning into a soupy mess though.

Anyway, this album isn’t without its flaws and this time it’s actually flaws that I personally believe in. Like I’ve said, PassCode have a style that they stick to while maybe putting a little spin on it here and there. That’s fine and all, but I did feel like more than a couple of songs on this album sounded a bit too similar for my liking. Synth sections transitioning into heavy guitar riffs and double bass gets a little bit repetitive after a while.

Another thing that didn’t really impress me much was the over-production of the vocals on some of the songs. I don’t personally mind auto-tune that much and there’s definitely a time and a place for it in song production. I also understand that auto-tuned vocals pair well with EDM but man, when they actually let these girls, they can sing pretty well on their own. Sure, auto-tune it a little to keep the theme or whatever but on some of these songs they just obliterated what I’m sure were otherwise fine vocal recordings. That’s just my take on it though, feel free to disagree.

I do think that “VIRTUAL” is a good album, don’t get me wrong. I just personally feel that they could have perhaps done more to make it a bit more interesting as a complete listening experience. Many of the songs on the album more than stand on their own, but as a collective it felt to me like they had a hard time making the same impression.

In the end, I’m left feeling rather torn on this. The songs are enjoyable and well produced, I just don’t love them as a package deal which is what I’m reviewing here. I also don’t want people to just skip to the dumb, totally subjective rating at the end and think I’m an idiot or words to that effect but what can you do. This is album on the whole isn’t bad, but it isn’t “great” or “amazing so I guess it’s just “good”.