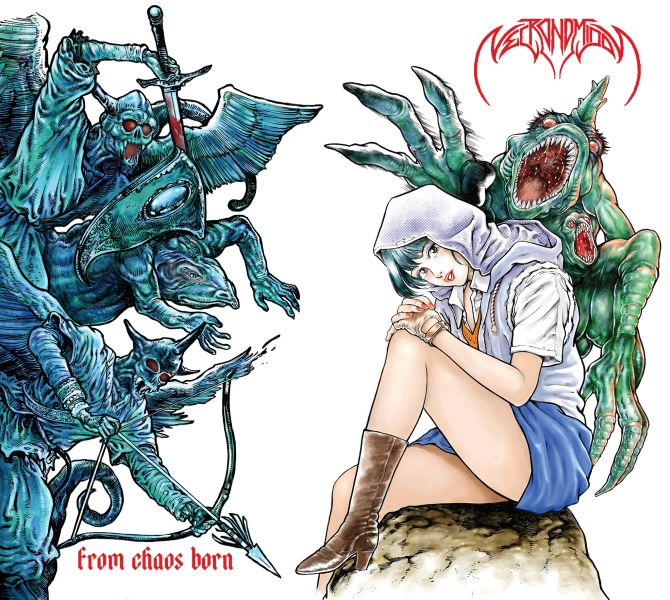 My thoughts on the new EP from “Ultradark” idol group NECRONOMIDOL.

Disclaimer: NECRONOMIDOL were very kind to provide me with a press kit for their new EP, which included an advance copy of the EP itself. They said I was free to do whatever I wanted with it, as long as I didn’t share the songs. I was already planning to buy and review the EP anyway, so this just means you guys get this review a little early.

NECRONOMIDOL have had a pretty busy start to 2016. They released their debut album back in February, and it was actually one of the first reviews I wrote when I started this site. You can check that out here if you haven’t already. To cut a long story short, I really enjoyed it and I was looking forward to what they would do next. I just didn’t think I’d be reviewing this EP a week before it actually comes out, but life is full of surprises like that.

Besides recording and releasing all of this music, 2016 also marks the group’s second anniversary since their debut. To commemorate the occasion, NECRONOMIDOL are holding a one man live at Ebisu Liquidroom on June 30th which will be their biggest show to date. As someone who has been following them since their debut, it’s kinda crazy to me that its already been 2 years since then. It’s also great to see how much the group has grown in that time.

So I’m going to be reviewing their new EP “from chaos born”, which contains 6 brand new songs, cover art by Maeda Toshi of Urotsukidoji and La Blue Girls fame and photography from Sotobayashi Kenta who also works with BiSH and Oyasumi Hologram. Previews for 3 of the songs are on NECRONOMIDOL’s website so you can at least hear what half of the EP sounds like. I’m not really sure what the best way to review this is, so I think I’ll stick with the usual track by track routine. Buckle up, this could be a long read. 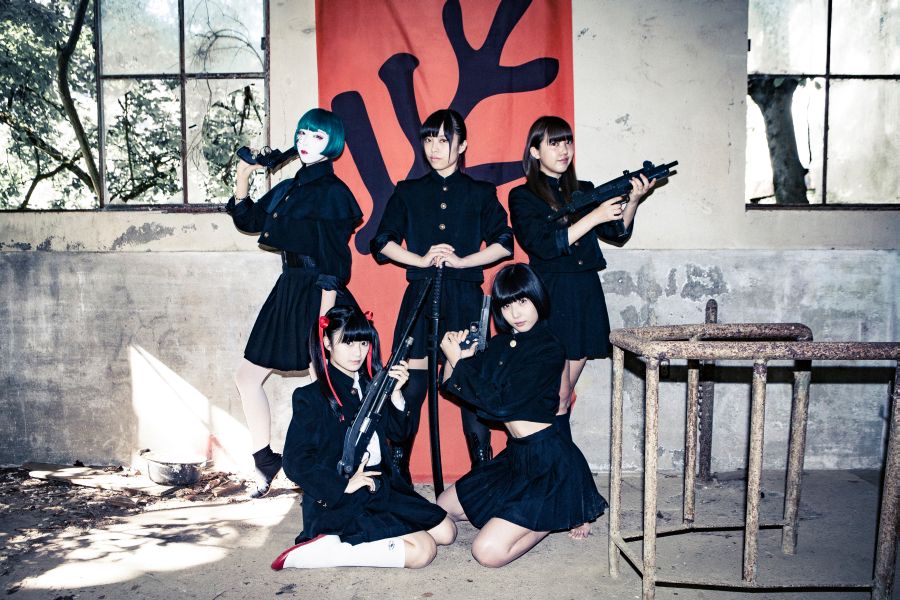 The EP opens with “psychopomp”, a song in the Black Metal style that has become what many would consider to be the group’s signature sound at this point. It’s instantly familiar and you know that you’re listening to NECRONOMIDOL when you hear it, so I think it was a good choice to kick things off.

It’s hard to carve out new niches in the idol space, and haunting vocals and lots of distortion are by no means conventional but NECRONOMIDOL have made it work, and they’ve made it work very well. It’s just probably not going to win them too many new fans who weren’t already into this kind of thing. 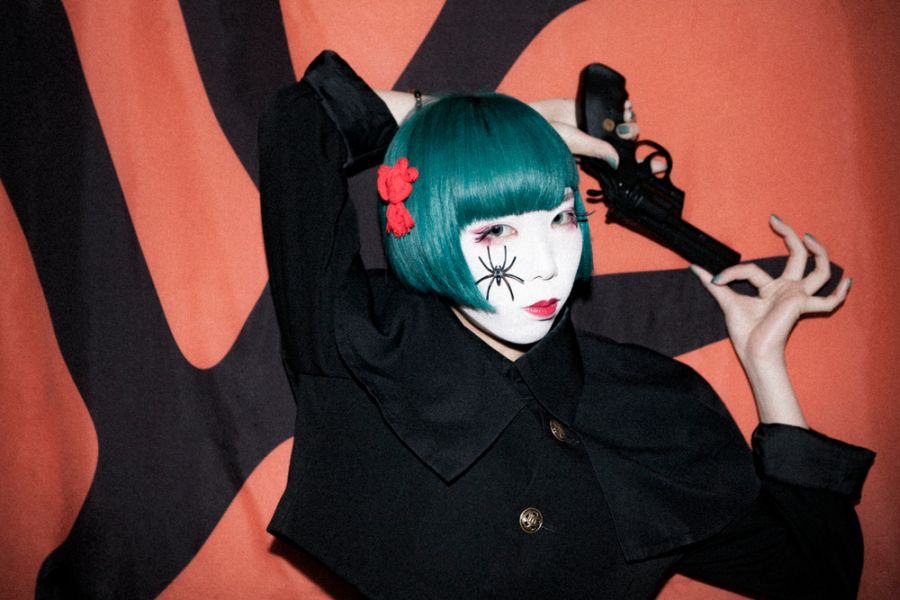 “Shimin Kaihougun” follows on and the first curveball gets pitched. I wasn’t really sure what I was expecting, but a song with a bunch of Power Metal influences definitely wasn’t it. There’s some seriously impressive sounding guitar work (or “guitar wanking” as I like to call it) on show here and it would have been easy for the vocals to take a backseat.

The NECRONOMIDOL from a year ago might have let the instrumentals carry the day, but today’s NECRONOMIDOL more than pulled their weight, with some particularly powerful solos and well arranged melodies. I also thought the creepy little instrumental interludes they threw in were a nice touch. 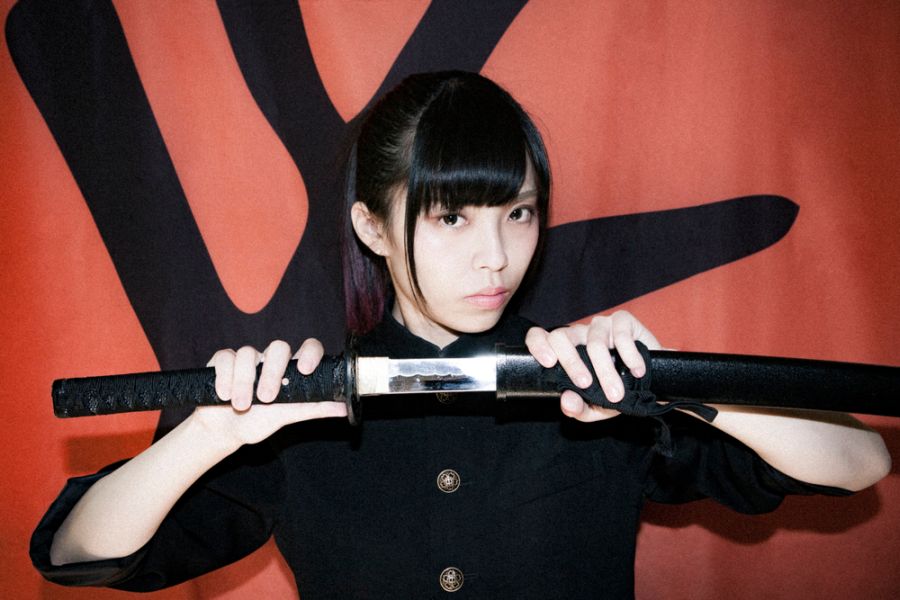 The album takes another turn with “Nyx”. The song slows the tempo down a bit to let the senses recover from “Shimin Kaihougun” and a more familiar face of NECRONOMIDOL is shown. It’s hard to describe exactly what genre of music this song falls into because there’s a lot of different elements involved.

If I were to hazard a guess, I’d say Alternative Rock verging on Hardcore, all wrapped up in some melancholic synths and the haunting vocals of NECRONOMIDOL. This song is definitely more recognizable as a NECRONOMIDOL song, but they’ve also done new some new things to keep it fresh. 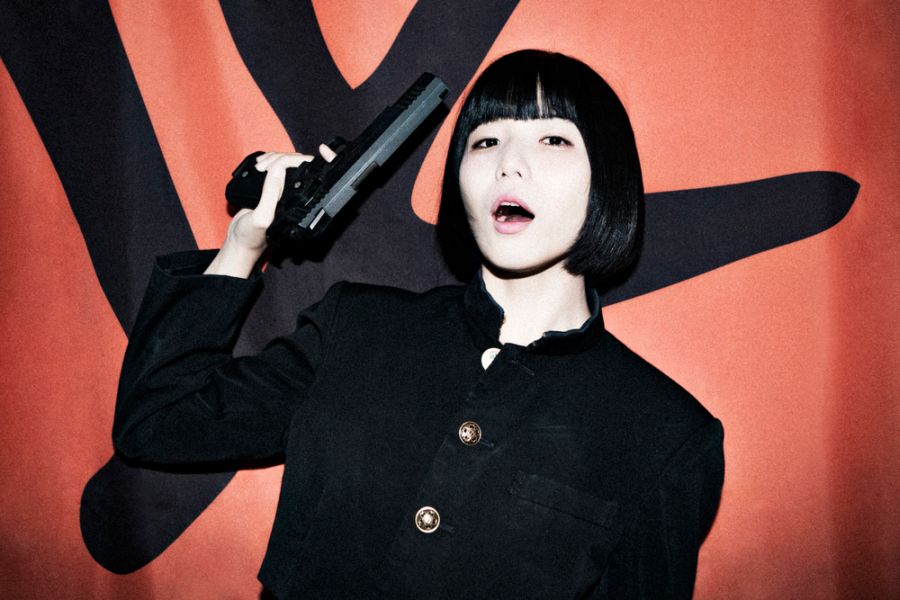 Next up is “Tamam Shud” and it’s so far out in left field that it’s sitting on the bleachers eating a hotdog. Apparently NECRONOMIDOL just have happy-go-lucky pop songs in their back pocket should the need for one ever arise. This honestly might be their most accessible song that they’ve released thus far.

It’s just so different from what you’d usually expect that the contrast is amazing. I mean, it’s not like I didn’t think that NECRONOMIDOL could pull a song like this off, I just didn’t think it was something they’d ever actually do. It also helps that it’s a good song that’s incredibly catchy. I know I’ve caught myself humming along to it unconsciously. 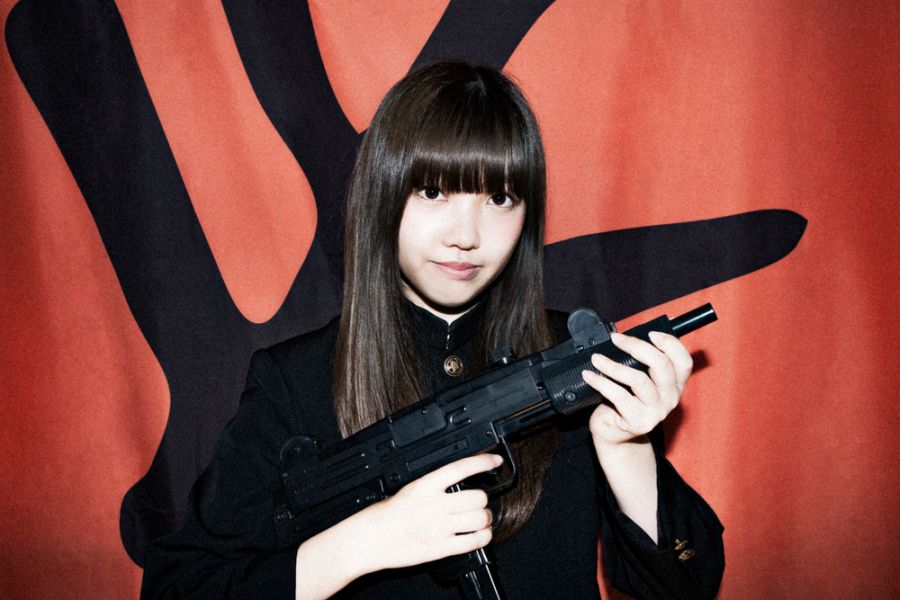 “Midnight Dominator” not only has a great name, but it also does a great job of combining a Heavy Metal song with more typical Idol sounding vocals. There’s quite a few groups out there right now that do this kind of thing, but most of the time something feels a little off about it. That’s not the case here, the instrumentals and vocals actually compliment each other rather nicely so kudos for that.

This is another song that I feel can be very accessible to those who would otherwise run shrieking in the opposite direction when confronted with the proposition of what NECRONOMIDOL are typically known for. I’m kinda noticing a theme developing here over the course of the EP. 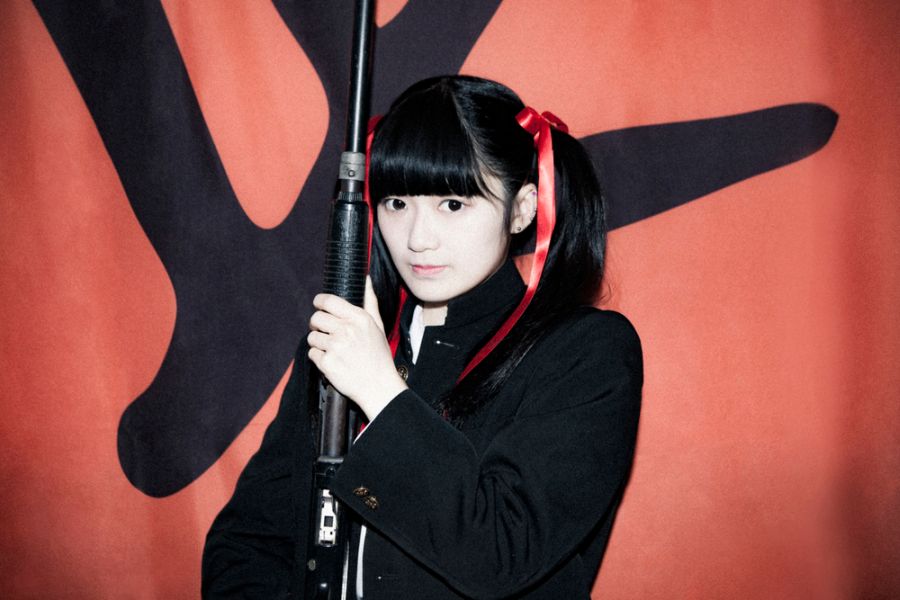 The last track on the EP is “Idols Elegy”, which also leans more towards traditional sounding Idol vocals. That said, they’re being backed up by spooky synths and some rather terrifying wailing and grunting noises. I’m pretty sure I heard that ghost sound effect in an episode of Scooby-Doo from back in the day.

That’s besides the point though, what matters is that it’s another solid song that I also think is fairly accessible. That’s three in a row for those keeping score at home. This one in particular is a nice mix of what NECRONOMIDOL are all about, the Idol genre in which they operate and is a fitting way to end the EP. 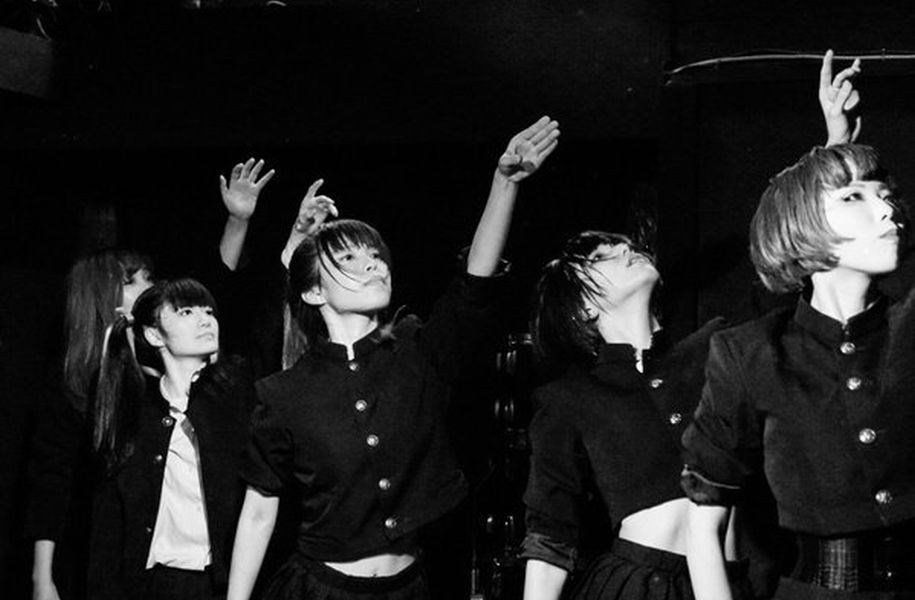 Well, that was quite the trip. It almost feels like this EP has split personality disorder, which I guess kinda fits with the whole image NECRONOMIDOL has going on right? I did find it interesting that it went as far in the Pop direction as it did, but I definitely don’t hate it. I’d also recommend anyone who was put off by NECRONOMIDOL’s sound in the past to check out the last 3 songs on this EP, I really do think that you might find something there that you like.

To me, this EP proves that NECRONOMIDOL are capable of so much more than they’ve shown us in the past. It’s also very apparent that the people behind the music really know what they’re doing and are passionate about bringing out the best in both themselves and the girls. NECRONOMIDOL have made a lot of progress in the past two years and they’re just going to keep getting better and better from here on out if this EP is any indication.