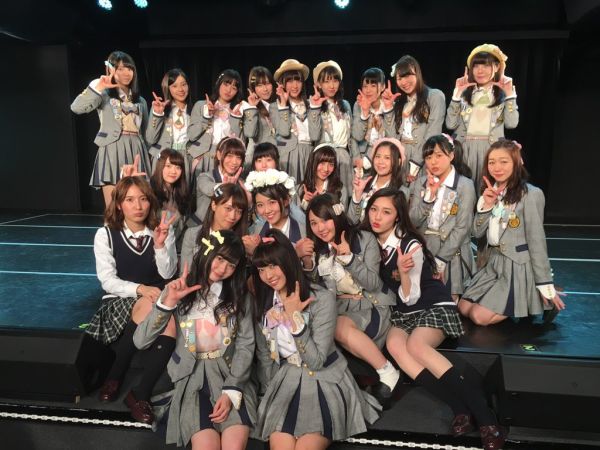 Some thoughts on the current state of AKB48 sister group SKE48.

First of all, hello to any new readers of the site who are coming over because hopefully this article managed to get some traction. If you don’t know me or what this site is about, that doesn’t really matter too much. Just know that I’ve been a fan of SKE48 since around 2010, so going on 6 years at this point. I’ve seen a lot happen and not happen with the group and like many of you, I have some opinions on its current standing.

That said, I’m definitely not as fanatical of a fan as I was back in the day. Other things have taken priority in my life and there’s a lot of other idol groups that compete for my time. As such, I’m definitely not as informed as someone who eats, sleeps and breathes SKE48 on a daily basis. Some of the things I’m about to say may not be the most accurate but I’ll try my best. Apologies in advance if you think I end up wasting your time.

Basically, from where I’m standing SKE48 is in pretty rough shape and has been for at least the past 12 months if not longer. It’s actually quite sad how badly the group is being shafted by management, and I’ll get into that over the course of this article. I’m not the only one who thinks this either, or maybe I’ve badly misjudged the mood of foreign fans and this will blow up spectacularly in my face. Guess we’ll find out together. 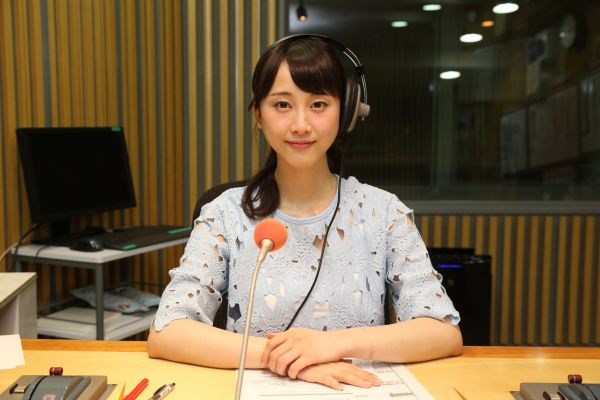 Let’s start off with a fairly obvious topic of concern for SKE fans, graduations. In the past year or so, SKE has seen over a dozen girls leave the group for various reasons. This isn’t necessarily a bad thing, because there’s a moderate amount of churn that’s to be expected in an idol group of this size but it feels like SKE loses members on an almost monthly basis currently.

We’re not just talking about disgruntled kenkyuusei though, it’s a pretty wide spectrum of members who are choosing to leave and pursue other career paths. For some, like Furukawa Airi and Sato Mieko it was just time to move on, and the graduation of Matsui Rena while a massive hammer blow had been coming for a while at that point, so people at least had some time to prepare themselves for it.

The people I want to focus on are the Isohara Kyoka and Koishi Kumikos of the group. Members who aren’t as popular as say Matsui Jurina (who is really) but members who definitely have a sizable and dedicated following. The fact that a lot of the members graduating from SKE48 right now are from the group’s mid to upper tiers is of great concern. That being said, if you look at the facts of the matter, it’s pretty hard to blame them for wanting to get out of dodge. 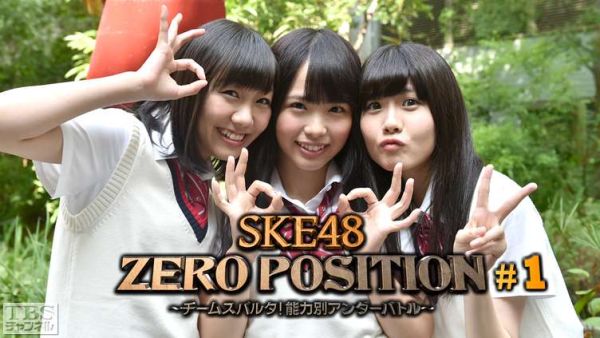 Let’s take a look at what kind of media appearances (or lack thereof) you get as a member of SKE48. To the best of my knowledge, they currently have one television show in the form of “ZERO POSITION”. I suppose that’s one more television show than a lot of idol groups out there, but it only airs twice a month and the format isn’t exactly the most entertaining thing they could be doing with such limited screentime.

How about radio shows? Those are still somewhat popular in Japan right? Well SKE do a little better here because last I checked they still had a couple on the go. Maybe that’s changed in the last few months, which would make the whole situation even worse. Radio shows aren’t really the best anyway, due to the limited numbers of participants and the audio only nature of things but I guess you take what you can get if you’re a SKE48 member/fan.

Another thing I’ve noticed is that SKE really don’t seem to get that much in the way of mid to high profile promotional campaigns. I’m sure they’re peddling all manner of things in Nagoya, but when was the last time you really saw any of the members shilling stuff on a larger scale? I personally can’t recall anything that recent, even where a SKE member promoted something as part of AKB/48G.

The bottom line is SKE’s coverage across pretty much all media is abysmal right now. Hell even NGT48 seems like they’re getting more effort put in on these fronts right now (more on that in a bit). I guess it doesn’t pay to be the second longest running group in the 48 empire these days. 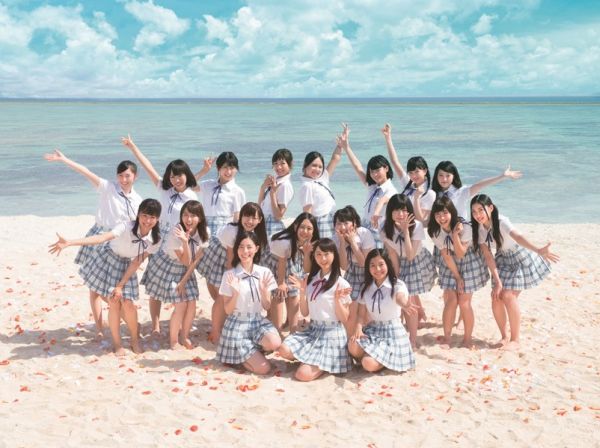 Looking at the music side of things is even more depressing. It appears that SKE have been relegated from a 3 single a year group to a 2 single a year group (“Koppu no Naka no Komorebi” doesn’t really count does it?). That’s a 33% decrease in the promoting on that front alone. To be fair though, 48G as a whole has been seeing a lot of contraction in this regard so this is probably just a symptom of a bigger problem that no one really wants to talk about.

It’s fine though, SKE members still have plenty of AKB handshake events that they can participate in. You’ve got to keep that mothership afloat at all costs after all. Even if it means causing damage to your other projects and creating a sizable chunk of rather unhappy fans. It’s okay though, they’re not going anywhere…yet. 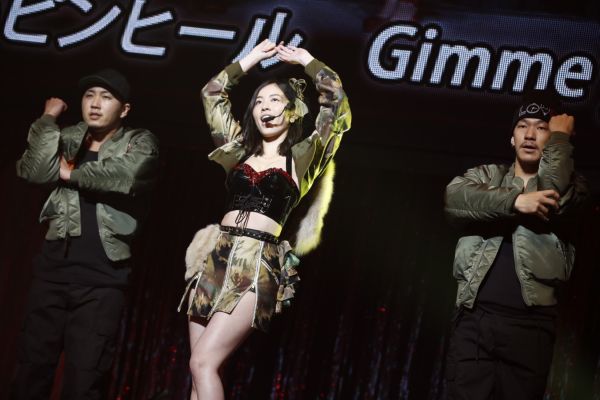 On a slightly lighter note, a rather amusing thing happened at AKB48’s solo Request Hour in January of this year. So dedicated are SKE fans to showing their support for their group and hopefully making someone from management care about them, that they voted Matsui Jurina’s solo song “Akai Pinwheel to Professor” to #1. This was the second year in a row that a song centered by Matsui Jurina took first place at a AKB Request Hour. Sadly I don’t think anyone from management is paying attention.

Honestly, it feels like the only time SKE members get much recognition from management is if they rank well in the general election. Even then it feels like they get the attention only because they kinda have to. Eventually members like Suda Akari and Matsumura Kaori find themselves sinking back down the pecking order a month or two after a strong election performance.

All in all, it’s a pretty frustrating spot to be in for SKE fans. The model of “support your favorites and see them grow” doesn’t seem to work as well in Nagoya, as it does in say Namba or Hakata. 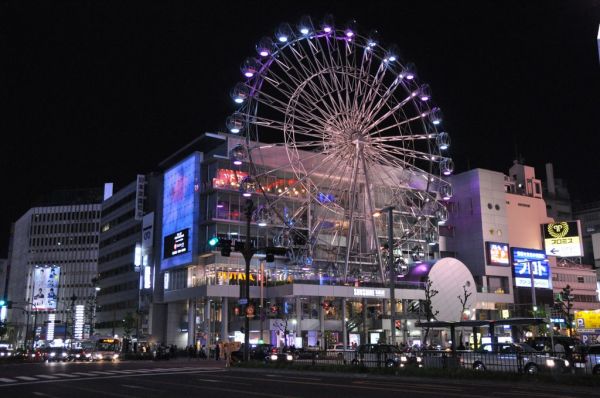 On the surface, it is rather perplexing why exactly SKE seem to get such a raw deal when compared to the other 48 groups. But of course AKB is the main focus and will remain as such, NMB are probably getting by on Yoshimoto’s influence and HKT and NGT still have enough freshness about them (the latter especially) to be seen as worth investing time and money into. I’m not really sure what SKE has when compared to all of these other factors.

My main theory on the matter is that it probably comes down to money in some form or other. It doesn’t really make that much sense but it’s the most logical line of reasoning I can come up with. Maybe despite there being tons of dedicated fans who are more than willing to spend money to vote songs and members to the top of rankings, there just isn’t enough money in Nagoya for it to be worth promoting SKE any more than they currently are.

Newer projects like NGT and to a lesser extent now HKT are probably seen as more profitable in the short term. Something that 48G as a whole seems to be looking more at recently. It’s almost like they know that the end is approaching, slowly or otherwise and there just isn’t much of a need or desire to spend funds where profit is already there or there isn’t a large enough of a return on any new investment.

Or if we want to get into crazy conspiracy theory territory, perhaps it’s all intentional. If you keep SKE down just enough then whenever their fans do get a chance to support them, they just void their wallets in the direction of whatever it is they’re being asked to spend their money on. It’s sort of like playing up an underdog story, and everyone loves a good underdog. 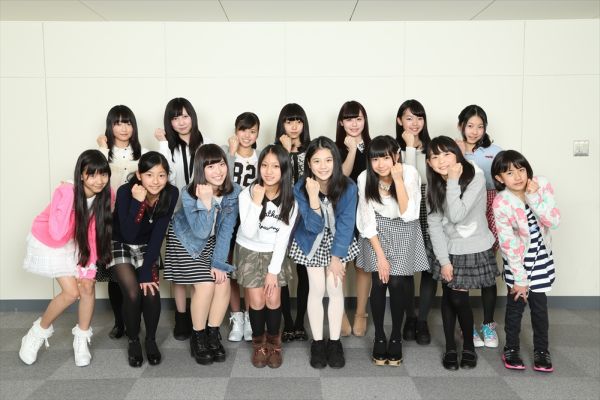 In an attempt to end this rather gloomy piece on a positive note, there are some glimmers of a silver lining to this pretty dark cloud. 7th generation and I guess more specifically Goto Rara have been generating quite a bit of buzz of late. If ever there was a time for some serious time and money investment it would be right now with this fresh batch of girls. Maybe this time they won’t screw it up like they did with Miyamae Ami and Kitagawa Ryoha.

SKE also have a new single coming out at the end of March. Hopefully this one won’t suffer from shipping delays or other such unfortunate events. Above all else, hopefully it’ll be a good song that the fans can get behind and it won’t end up serving as someone’s graduation song. That’s the last thing we need right now.

Then of course there’ll be the general election in June or there about. Another chance for SKE fans to show management that they want to support their group and will if given the chance to. Maybe one of these years someone will listen.

Have any thoughts on the current state of SKE48? Want to fact check me or tear me a new asshole? Feel free to leave a comment or tweet @Mage77 on Twitter.