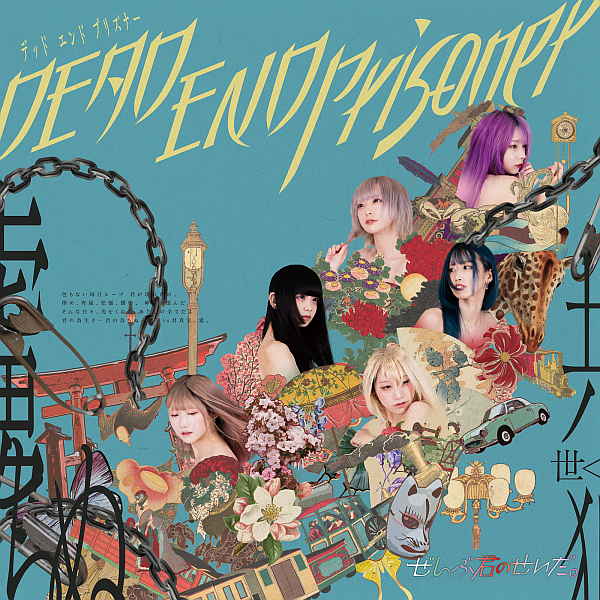 Some thoughts on “DEADENDprisoner”, the latest single from Zenbu Kimi no Sei da.

For a long time, writing an opening for a Zenkimi review was pretty easy because there was usual some kind of line-up change or other such event happening to touch on before getting into what I would imagine that most of you are here for. Obviously none of that stuff is particularly great to have happen to an Idol group but that is the nature of the industry a lot of the time and boy did it makes for some easy topics of conversation to get the ball rolling.

Well for the past while now things seem to have been pretty settled in the Zenkimi camp, with no major personnel changes or other setbacks to speak of. The group is doing rather well for itself currently and it seems like a lot of the focus is on the upcoming Budokan performance that they have penciled in for March of next year. Kind of crazy to think that a group I saw performing in the basement of a Village Vanguard store in Tokyo many moons ago would be taking to such a big stage one day but I guess stranger things have happened in recent years.

Anyway, Zenkimi are back with another single that released recently. It’s called “DEADENDprisoner” and I’d like to talk about it a bit here today with all of you. Like I said, things have been going pretty smoothly in pretty every regard for the group of late and this is another step on the journey towards that rather large goal in Spring of next year. Musically things are usually fairly consistent, if not a bit predictable at times, so I was fairly confident that such a trend would continue into this release as well.

There’s definitely a sense of familiarity early doors on title track “DEADENDprisoner”, however the song does also have a sort You’ll Melt More! or Dempagumi.inc-like quality to it as well. Which kinda makes sense as a logical evolution to the Zenkimi sound but it isn’t something I’d noticed quite so much before. A very energetic song with some really catch lyrics and nice vocal melodies to pair with that very classic sounding, hyperactive Pop instrumental. You could definitely argue that this is a very safe and derivative effort and I wouldn’t really be able to disagree too much if you did, but you know it’s a pretty enjoyable track and this style endures for a reason folks!

“Kyokyozitsuzitsu ~IMF~” is bit of a weird one for me if I’m honest, I kinda get what they’re going for with it in that it’s supposed to be this sort of dirty, Synth-Rock sort of thing but the beats sort of sound like a wet paper bag at times and it was really hard to get over that. I do like that the harsh vocals make a somewhat rare appearance here however, that was definitely a highlight of the track for me at least. In general I enjoyed the vocals here quite a bit as it marked a return to that sort of chaotic, chattering style that Zenkimi used to do a long time ago but had sort of phased out more and more in recent years. This one is a bit all over the place, probably by design, but if you can get over that then there’s a lot here for the older fan of the group for sure.

Not too bad of a single here from Zenkimi and another step on the long road to Budokan next year. Probably a little bit more miss than hit for me personally but I’m trying to be too harsh either as a lot of the stuff I picked up on can easily be ignored or even enjoyed by someone with slightly differing tastes. That’s the great thing about music though, isn’t it?

It’ll be interesting to see how Zenkimi spend the next few months building things up to this massive show they’re putting on. Probably still a tad early to start really pumping up the hype but that’s a lot of seats to fill so I’m sure they’ll have something up their sleeves to try and get as many people through the door as possible. Hopefully whatever it is also involves a few new tracks along the way too as that’s something that I’m always interested to hear out of this group after all.