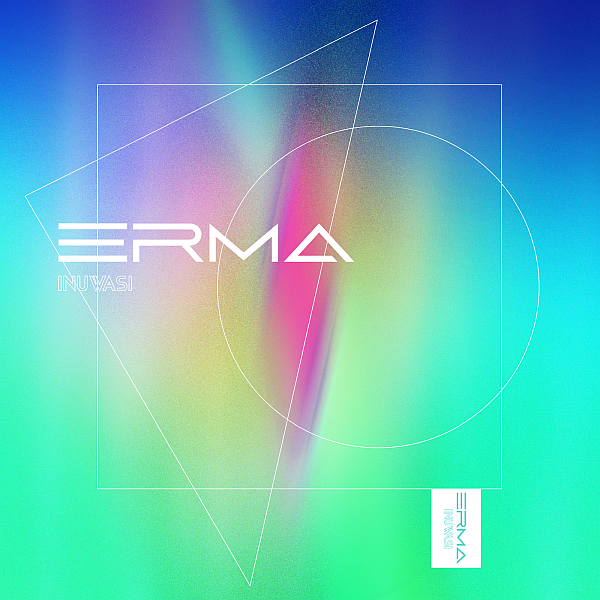 Some thoughts on “ERMA”, the first in a series of digital singles from INUWASI.

While we may have got off to a bit of a rocky start, INUWASI have become something of a regular feature on the site now over the past year or so. Partly because I was still trying to “get” the group in a lot of ways and also because I did want to follow them and see how they would develop and writing about their music seemed like a pretty good excuse to do that. Definitely some steady improvement in the vocal department in that time and I also think I have a better appreciation for where the group is coming from than I might have done initially.

Usually when I’m talking about an INUWASI release it’s in the form of an EP or mini-album sort of deal and that seemed to be the preferred format for the group for a while there. You usually got about a half dozen or so tracks and yeah, a pretty decent time was had. Well now they’re trying something a bit different with a series of digital releases over a 3 month period, another popular format of putting out new music in recent times with the majority of groups around these days having dabbled in it at one point or another.

Well INUWASI are kicking things off with “ERMA”, a 2 track digital singles which doesn’t even feature the title track as its lead. I’m probably the only one left who cares about/notices that sort of thing but I found it kinda interesting and wanted to point it out. In any case, we have a couple new tracks to chat about here with a couple more coming soon and then presumably a couple more not long after that. I’m late to the part as usual so let’s cut to the chase and get into things shall we?

Well the leading track “Rapture” is really much of a song in the traditional sense I suppose. It’s this sort of glitchy, Trap style affair that sort of sounds like it’s probably walk-on music for when they’re getting ready to take the stage. I have no idea if this is actually the case or not but it sure feels like it would fit that scenario pretty well in any case. Not a ton to unpack with this one, it’s bringing some nice energy to the table and seems like it would hype up a crowd well enough. It is what it is.

So “ERMA” does actually end up being the star of the show here, which makes it being the title track of this release make a lot more sense. It follows on the glitchy theme introduced by “Rapture” but this time not going quite so hard with the synths or pounding beats. It could do with a lot more bass for me personally as it does feel quite flat at times. Very energetic once again though and the lighter tone and higher pitch of the INUWASI girls’ vocals really does fit a song like this quite well. Pretty catchy chorus here too which never hurts though you wouldn’t really say they’re pushing the boat out too far with anything going on here.

I’m not totally sure how I feel about this one if I’m being honest. “Rapture” is pretty interesting for what it is and “ERMA” is a fine enough song but I don’t really know if there’s a whole lot here that will make folk come rushing back for repeat listens. You’re certainly not going to complain or reach for the skip button if the single’s title track comes up on a playlist but I’d struggle to say it’s a can’t miss addition to the INUWASI discography.

Off to a bit of a middling start with this series of digital releases then, but there are more coming and chances are at least one of them is already available by the time that you’re reading this article. I’ll be checking the rest out here soon so make you sure stop back in for that and we’ll see what else INUWASI have in store for us here.