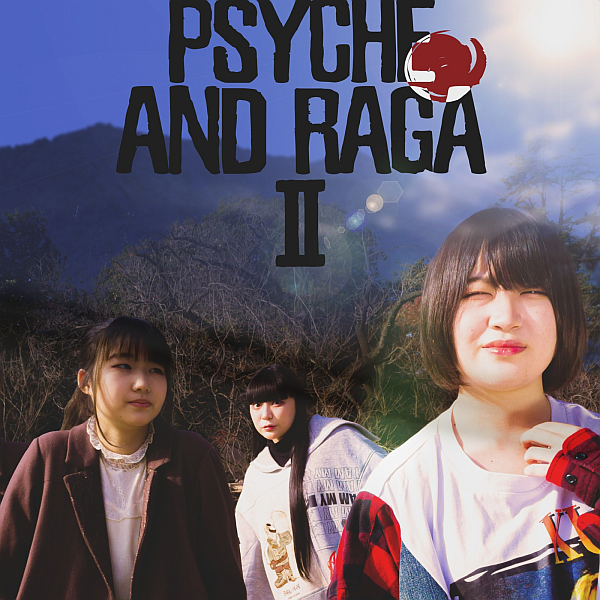 Some thoughts on “II”, the second EP from Psyche and Raga.

So its kinda been a while since I’ve really featured a new group here on the site. Partly because there haven’t been a ton of super interesting ones debuting during the pandemic and the ones that have maybe put out one or maybe two songs then you don’t much else for a while and I’m never sure if that’s the best content but maybe that’s just a me thing more than anything. When I do feature a new group that I like then I tend to go all out with it, like I am here today.

Psyche and Raga are a group that I’ve been paying attention to for quite a while now. They’re coming up on their second anniversary in a month or two and I’ve heard a few songs here and there and seen them on a livestream or two in that time and yeah, they do Psychedelic Rock as their thing and that is something that I quite enjoy whether it be in Idol or elsewhere in the music world. As such of course I’m interested in this group and I’m glad that I finally have the occasion to talk about them to all of you.

“II” is Psyche to Raga’s second EP and contains a total of 5 tracks, with a couple of them being pretty familiar to me already as like I said I’ve been following the group a bit for a while now. While Psychedelic Rock is definitely a component of their sound I hope that won’t put too many people off checking some of these tracks out with me as it’s more of a mild dose than perhaps the brain melting, universe travelling experience that you might associate with the genre. I should still be quite the fun trip though, if you know what I mean.

Like I said earlier, while Psychedelic Rock is quite clearly a part of Psyche and Raga’s sound it’s not the dominating element in any of the songs featured on this release. Some groups will push their “gimmick” to 110% but not in this case and the end result is a very enjoyable mix of Psyche with Idol Pop elements, some Garage Rock and a few other supplementary genres to round it all out quite nicely. Each track has its own personality too which is always a good thing, especially if this might be your first introduction to a group like I feel it probably is for a lot of you.

“Psychic Groover” and “Electric Jellyland” for me lean the heaviest into the Psyche side of things so if the main selling point of this group for you is that dynamic then those should be your first port of call. “Strays’ Banquet” isn’t quite so full throttle so if you want to ease into it then I would recommend starting there and if you’re looking for a couple of rough and ready Rock influenced tracks then “Evil Cat Overheat” and “Tomurai no kane” should work for you quite nicely in that regard. All the tracks are great in their own way though, so obviously you should just listen to all of them anyway.

In case you couldn’t tell, I think this is a very approachable release from a group who are doing something a little bit different to the norm and on that basis alone I think it’s well worth a listen. Psychedelic Rock definitely isn’t going to be everyone’s thing but given how…similar a lot of the music coming out of the scene is currently I do like to highlight the groups who are trying to do something a bit more unique and seldom heard.

Hopefully Psyche and Raga continue to produce this interesting brand of Psychedelic Idol Rock as I’ve really been enjoying their output so far. There haven’t been too many newer groups recently who have really caught my ear but this is one that really has. That usually doesn’t bode well for a group but hey, I’m going to enjoy this one for as long as I’m able to.