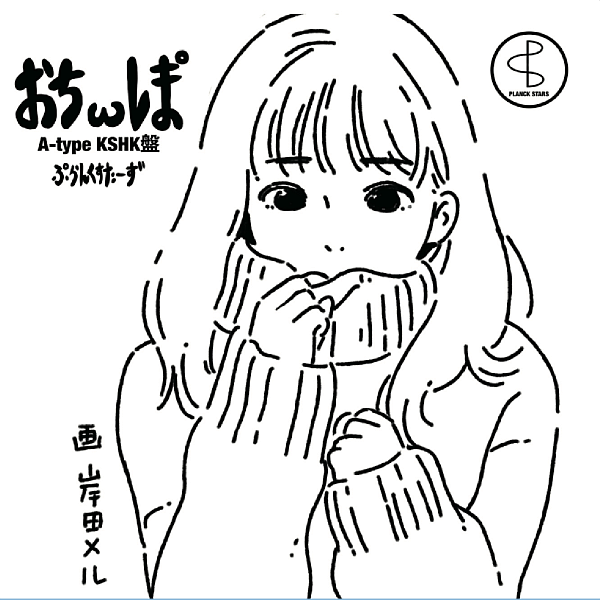 Some thoughts on “Ochiomegarema”, the major debut mini-album from PLANCK STARS.

I’m not really sure how well it comes across if you’re not paying particularly close attention to things like Twitter and what have you, but PLANCK STARS have really been putting themselves out there and making a much bigger name for themselves in 2022. Lots of promotion, several new releases and what feels like bigger and bigger shows are really pushing the group to new heights lately it feels like. Which is all the more impressive given that from the sounds of things they were on the verge of losing their entire line-up not so long ago.

If you haven’t already then the group’s “STAY FUCKIN’ GOLD” album is a must listen as far as 2022 Idol albums go. I wrote a little bit about it on the site a few months ago and yeah, if you’re into your very colorful, somewhat off the wall Idol Pop then it’s definitely going to be up your alley. The cool thing about PLANCK STARS though is that for all of the group’s style, there’s also a whole bunch of substance behind it too which is something that I personal find quite enjoyable.

“Ochiomegarema”, or “Ochi ω Rema°” as it’s stylized, is the group’s major debut mini-album split across 3 different versions but collected quite nicely into one practically album length offering should you favor streaming as your main avenue of listening to music in 2022. The title is hilarious if you get it and if you don’t then I’ll let you Google the answer yourselves and not spoil things. Plenty of new songs on offer, almost an overwhelming amount if I’m being honest, but I’ll do my best to give a rough overview of what you can expect should you choose to give this one a spin.

I always find it kinda tough to give a simple overview of PLANCK STARS because the group really is all over the map musically. That remains the case on this particular release as well with a whole host of genres being taken advantage of and often times being smashed together too for good measure. Off the wall Pop tracks like “Ochiomegarema” and “Manko Chinko” flow seamlessly together with the more conventional “DARLING DARLING” and “NEMUTAI”, there’s a BiSH tribute in the form of “grateful-sa”, a bit of Rock from “Waratchae” and “Itakatta”…you get the idea I’m sure. There’s a bunch of other tracks I haven’t even mentioned but like I said, I could be here all day trying to describe what makes PLANCK STARS well…PLANCK STARS I guess.

You’d be forgiven for thinking that with such great variety in genres and the fact that the original intention wasn’t for this releases to be experienced quite like this that things would feel a bit disjointed and thrown together but that’s really not the case at all. It’s quite impressive really how they’ve managed to take a collection of very dynamic songs in their own right and make them all work together so well. Taste of course is subjective but I think you’d find it hard to argue that anything here feels particularly out of place, which is pretty crazy if you stop and think about it for a second.

Quite a bit of the nuance behind these tracks is probably lost on most people if Japanese isn’t something that they’re overly familiar with (I’m in the same boat but I picked up on quite a few things here and there still) but even taking that into account, what we have here is a pretty fun collection of songs with a very wide musical appeal. The fact that PLANCK STARS have been doing so well this year and really growing their name seems to bear that out too so looks like this should be another step forward in that regard as well.

If you haven’t checked PLANCK STARS out after all the times I’ve written about them over the past several months then I’m not sure what else I can really do to convince you to give them a shot at this point. They’ve got pretty much everything you’re looking for in an Idol group (unless you’re just here for the Metal and harsh vocals I guess) and it still surprises me that they aren’t popular with foreign fans of the genre. You’re all missing out as far as I’m concerned but hey, that’s just the opinion of one random person on the internet at the end of the day.