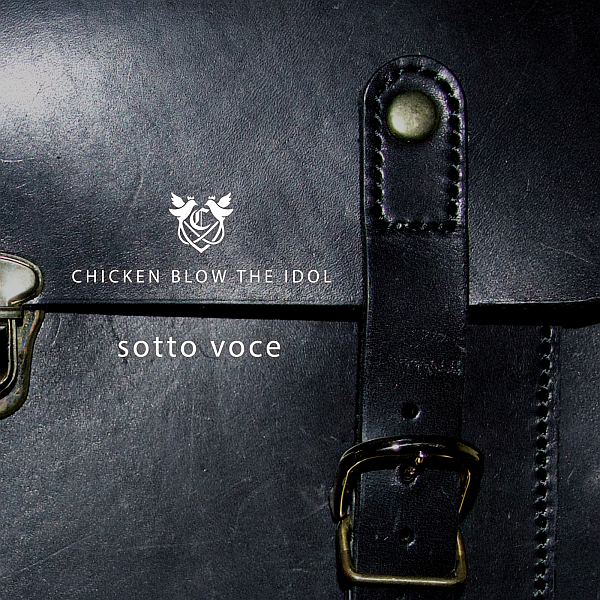 Some thoughts on “sotto voce”, the first album from CHICKEN BLOW THE IDOL.

CHICKEN BLOW THE IDOL are a group who have been around forever at this point, heck I saw them in Japan when they were first starting out and that feels like a lifetime ago at this point so it must have been a while at least. They’ve had their ups and downs like any other group out there during this time but for the most part it has been a slow but steady build as best I can tell from where I’m sitting and things seem to really be paying off lately.

“sotto voce” is the group’s long awaited debut album, something of a milestone for any group really, and I think that the promotion for this release also goes to show just how far that CHICKEN BLOW THE IDOL have come from the t-shirts and jeans days to something that’s a bit more polished while still retaining plenty of the charm. Of course you also have their producer Daichi providing the music, something of a cult favorite at least among the foreign fans I tend to interact with, so chances are a lot of you reading this already know all about this group and this album.

For those of you who don’t, “sotto voce” presents a very tempting jumping off point with CHICKEN BLOW THE IDOL as much like all good Idol album its contains a bunch of the group’s most noteworthy material. Having a liking for Rock music will also probably help your listening experience along a bit too but we can get into that a bit later. In my mind, and given the scene’s current state, this has the potential to be one of 2022’s more noteworthy album releases so let’s dive into it a bit and see what it’s all about.

“sotto voce” is an album that is likely to appeal quite strongly to a certain vintage of Idol fan. By that I mean those of us who were around the mid-2010s or so when Rock and Punk dominated the scene, unlike today where EDM and abstract conceptual imagery are the norm. Hardly surprising given Daichi is the group’s producer, but a lot of the tracks have this very comfortable and familiar tone and energy to them which maybe some newer fans might not appreciate quite as much as someone like me but it was definitely a plus in my book at least.

The songwriting and instrumentation is strong pretty much up and down the album but particular highlights for me are tracks like “Gūzō Shōjo B2F”, “Shunkan Setchakuzai” and “Ichibandori” which really capture what I find myself missing so much about much of the Idol scene these days. The singing is kinda raw and rough around the edges, but there’s an earnest feeling to it and you sort of come close to that live house feel on tape which most can’t even hope to come close to. Simple but addictive vocal hooks and fun sounding guitar riffs really aren’t hugely complex ideas but it doesn’t mean that they don’t still work either even after all of these years.

In the end this album left me with the mixed emotions of both feeling glad as well as sad. I’m glad that something like this still exists in 2022 but I’m also sad because it makes me miss what I consider to be the peak of my Idol fandom. Maybe we’ll get back there some day but I don’t know if it’ll ever really feel like it did back then ever again and that’s very unfortunate. I guess I just hope that some people might be able to listen to this album, enjoy it, and appreciate where some of us old heads are coming from when we go off on another “back in my day” style rant.

In summary, “sotto voce” is a great album, Chicken Blow the Idol are a great group, you should check both out if you know what’s good for you and I definitely want to go see them perform in person if Japan will ever open its damn borders to my tourist visa needing ass. That’s it, that’s the review.