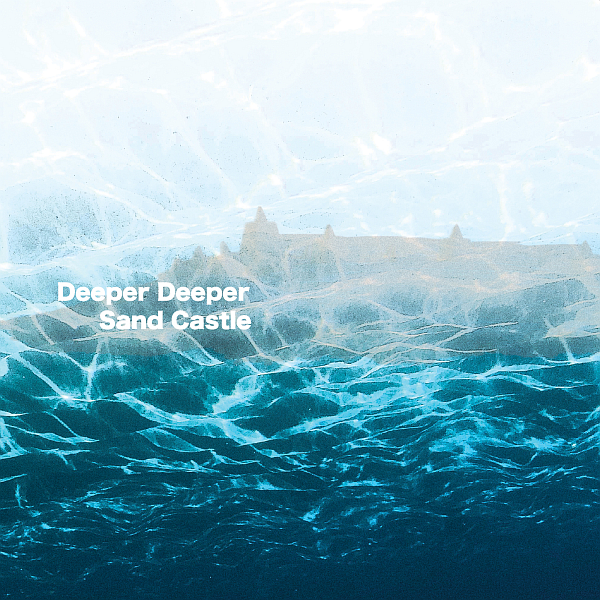 Some thoughts on “Deeper Deeper / Sand Castle”, the latest digital single from Kolokol.

Every so often when I’m looking for something new to write about a group will pop up that I’ve covered on the site before but then just didn’t really follow up on for the longest time. Mostly this is down to me just not paying close enough attention to when everyone has some new music out (who can blame me, there’s way too much releasing these days) but sometimes it isn’t actually my fault and the group in question just hasn’t had any new material in a while for one reason or another.

That’s what happened to me recently with Kolokol. They’re a group I’ve written about several times in the past and I knew for a fact I’d covered their (what I believe to be) most recent album at the very least but then it seems like they haven’t had too much going on for the past couple of year. Hard to blame them with how everything shook out with the global pandemic and such but yeah, I was glad to know at least in this instance it wasn’t entirely my fault at least.

“Deeper Deeper / Sand Castle” is a new digital single that the group put out fairly recently and given that I’ve enjoyed a lot of their material in the past I figured why not give it a virtual spin and see what they’ve got going on these days. 2 years can be quite a while when it comes to musical trends, inspirations, etc so I really wasn’t sure what to expect out of this one exactly. Still, Kolokol usually deliver given the production team behind them so I wasn’t overly worried about this one being particularly terrible or anything…

The leading track here sees Kolokol link back up with longtime collaborator Kazuki Nishira for what might honestly be one of my favorite Rock themed Idol songs in recent years. “Deeper Deeper” really is just about the complete package, from the excellent riffs to the light dash of Groove to make the song just that little bit more danceable than it could have been. I say just about the complete package because there a couple of moments where the vocal harmonies don’t quite hit it off so great but apart from that it’s hard to not have a smile on your face when you’re listening to this one. Can’t really recommend it highly enough honestly, get it in your playlists ASAP.

“Sand Castle” is slightly more downcast in its tone by comparison, which isn’t the worst thing in the world as it presents a different flavor of the Kolokol sound if you will. You definitely get this mild Gothic vibe to the instrumentals and the vocals are slightly more Ballad leaning this time out but still very much in that J-Rock style that is sure to be popular with many people whose ear it manages to catch. Plenty of tasty riffs on offer here too and I think the vocals made a better job of their melodies and harmonies too if that’s something that’s especially important to you as a listener.

It was nice to hear from Kolokol again after quite a while of them not releasing much in the way of new music. The fact that they’ve got one of the better Rock songs I’ve heard in a while on their hands is certainly an added bonus indeed. Balancing the single out with a track like “Sand Castle” was also very smart as it lets the leading track shine while also giving the listener another side of Kolokol’s music to digest and hopefully appreciate just as much.

I believe that there has been at least one more track released digitally in the time since this single came out and I was able to get around to reviewing it. I’ll have to check it out when I get a spare few minutes at some point but my reintroduction to Kolokol and their music is off to a pretty great start already so I hope that will continue into whatever it is that they end up doing next. Don’t sleep on “Deeper Deeper” folks, you’ll regret it if you do.