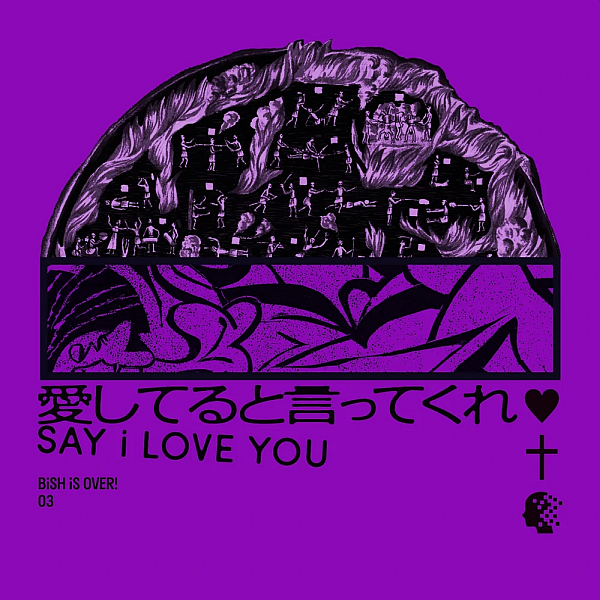 Some thoughts on “Aishiteru to Ittekure”, the third in a series of singles leading up to the dissolution of BiSH in 2023.

1. Aishiteru to Ittekure
2. GO TO HELL

I’ve been thinking a lot lately, which usually isn’t a good thing if I’m honest but with how things are in the world these days it’s hard not to look back and reflect on a lot of things. Fond memories, missed opportunities, Idol groups that are no longer with us, things of that nature ya know? It’s interesting to unpack some of that stuff from time to time, even if maybe the thoughts and emotions that some of it conjures up aren’t the happiest in the moment. Can you guys tell I’ve had way too much free time recently?

I don’t really think that its sunk in for me (or a lot of people for that matter) just yet that we do very much have an end date for BiSH. To be fair I don’t think there’s a super specific timeline just yet but there’s this slowly growing sense of finality to it all that seems to be building with each passing single that the group releases on their final 12 CD run. It’s still a long way off I suppose, until you realize that it actually isn’t and then you start to think about what things are going to be like without them, and potentially many other groups, around.

We’re now roughly a quarter to a third of the way into this grandiose victory lap that BiSH have set out on, with the third of their series of 12 singles being the focus of this particular article’s attention today. So far its been a pretty enjoyable and at times nostalgic ride, as the group have been bringing out a host of different styles and influences from over the course of their career, and I expect that to continue both here and in the future. Well that’s the hope at least, because they definitely still have a lot of cool stuff from which to pull from for this series of releases.

We’re drifting back in Ballad territory with this single’s lead track and given the past couple of songs in this series I think it was always fairly likely that we’d end up back here at some point in the not too distant future. “Aishiteru to Ittekure” is a pretty pleasant track on the whole and doesn’t fall quite so squarely into the usual WACK safety net for this style of song. It’s a bit more J-Poppy I suppose, if I had to describe it in crude terms, which is a bit different than usual and I thought made it slightly more interesting in a way. Still, it’s fairly run of the mill stuff and once it settles into a groove it’s pretty happy to just stay there for the duration. If you’re into this sort of thing it’s a great example of the genre but if you already know it’s not for you it probably isn’t going to do too much to convince you otherwise I’m afraid.

B-side “GO TO HELL” offers up a much more interesting proposition by comparison, with its bass forward instrumental that has this sort of creepy, unsettling vibe going on which is also reflected in a good chunk of the vocals in a way. I kinda feel like GO TO THE BEDS have done similar to this in the past so interesting to hear something like this make it over to BiSH now that’s for sure. There are times here where things perhaps feel a little disjointed but I think that’s probably by design because it would appear the goal was to create something a bit out there and uncomfortable for the listener. Given BiSH do now have to play by some rules given their position in the Japanese music landscape I think they did a pretty good job of that without things getting too weird for their own good.

A pretty interesting single when you take both tracks and put them together. Not really sure the a-side is going to stick in the memory of most who listen to it but it’s still a very good song. The b-side, definitely feels like the more standout of the two though it will likely have a mild love it or leave it reaction if I had to guess. Personally I quite enjoyed both and felt like they offered a few glimpses at the more experimental side of BiSH that we haven’t seen as often in recent years, though greatly toned down for the group’s current market.

In the context of this 12 single collection I’d say that this single makes a pretty decent showing of itself and once again shows off another side or two of BiSH and the vast musical repertoire. They certainly seem to be trying to cater to as many people as possible with these releases and I can’t wait to see how they manage to bring it all together for the presumable final album at the end. We’re still a ways away from that though, but it is starting creep a bit closer now.