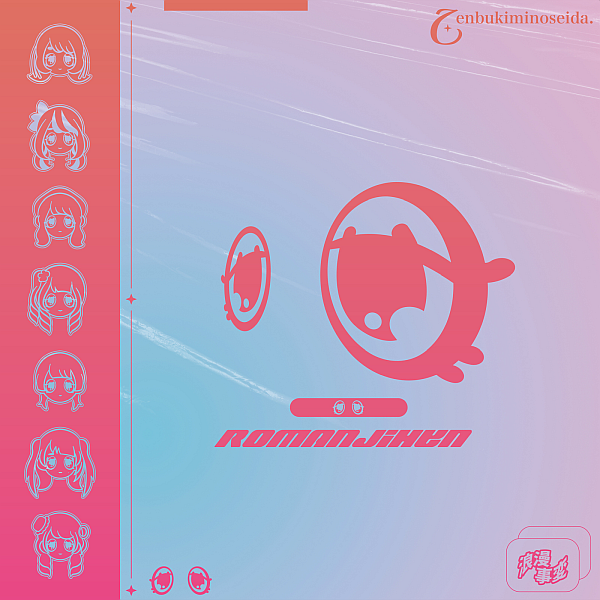 Some thoughts on “Roman Jihen”, the latest single from Zenbu Kimi no Sei da.

I don’t think it’s any secret at this point but I really do think that codomomental could be doing a lot better than they have been of late. Of course there’s the small matter of a global pandemic and all that which I’m sure hasn’t made operating a live performance based agency that easy but still, some of the decisions being made and the material that has been coming out have left me scratching my head to say the least. That being said, plenty of people still love everything that they’re doing so different strokes for different folks and all that.

Zenbu Kimi no Sei da endure as the company’s flagship property to this day, perhaps in some small part due to the (mis)management of their sister projects but that’s a debut we can have until the cows come home. They’re doing well enough for themselves I suppose, but you do get the feeling lately that they’re trying to reach that next level in terms of popularity and mainstream exposure. Given the group’s tenure that’s a very logical next step but it does seem to be coming at the expense of everything else under the codomomental umbrella as things currently stand.

For this new single, Zenkimi have teamed up with composer Tom H@ck for the title track. He’s known and well regarded for his work producing songs for various anime over the years so it’s kinda hard not to have some preconceived notions coming into this one after learning that but oh well. This is the sort of thing that you need to be doing to reach that next level so no matter how this one turned out I’m sure the group would be better off for having done the collaboration than if they hadn’t. Is it a good single though? Well, I have my opinions listed below if you’d like to read them.

For better or worse, many of my preconceived notions about the single’s title track ended up being proven right very early on as it does sort of come out sounding exactly the way that you’d expect from a composer who is known for their work in anime. That’s not to say that “Roman Jihen” isn’t a very energetic, fun song with some catchy lyrics and a fun beat but I’m still struggling to see even now how this is a Zenkimi song in any real way. The personality just feels off and there’s no amount of bells, whistles and horns that can really make up for it. Standard anime OP fare for me, which is unfortunate but ultimately not surprising either.

“Monopo” on the other hand had me checking to make sure I hadn’t accidentally flipped over to a Seireiki13ya track by mistake as that’s what the dreamy, Future Bass-lite opening instrumental immediately had me thinking of. Again, a very enjoyable example of the genre it’s drawing inspiration from but I’m struggling to see where the Zenkimi is in this one too. It’s kinda there in the vocals I suppose, but they’re obviously playing to the instrumental and the production has them tuned and smoothed out accordingly which again takes away a lot of the group’s character for me. Great beats and flows though, there’s no arguing that as far as I’m concerned. 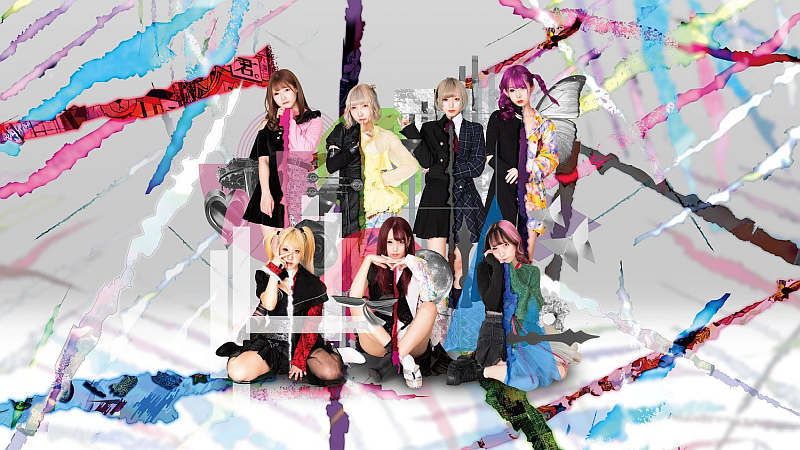 A bit of an odd one here from Zenkimi for me. I’m not really sure what the idea here was unless they’re just really trying hard for an anime tie-up of some description. If jettisoning the group’s personality in the process is what it takes to get them there then I’m not sure that’s a trade I would have been willing to make personally but that’s just me. It just seems strange to me what they’ve done here but I hope it pays off for them and they find whatever it is that they’re clearly looking for.

Who knows where we go from here, at this point I suppose it’s anyone’s guess. Nobody knows what’s going on behind the scenes in codomomental and ultimately we probably shouldn’t care too much either. If the music here is enjoyable to you still then that’s great and if not then I suppose there’s always next time. Whether whatever is going on here ends up being a success or a failure will play out however it plays out, we all just have to decide if we want to be along for the ride still or not.