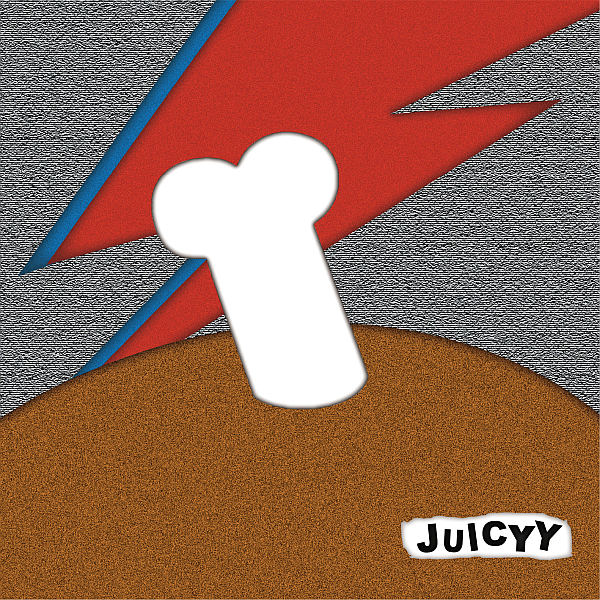 Some thoughts on “JUICYY”, the second album from Pour Lui’s PIGGS.

When Pour Lui first announced that she was going to be stepping into the production side of things with a new group called PIGGS it really did make all of the sense in the world to me. It’s sort of the natural progression of things, or that’s what it felt like anyway as she’d done pretty much everything else there was to do as an actual on stage performer at that point and while 30 is by no means old it certainly isn’t the worst time to start looking at where your career could lead in the years ahead.

This all makes it sound like Pour retired there and then with the debut of PIGGS but that couldn’t be further from the truth. She’ll still out there performing on stage with her new colleagues and they’ve been making a pretty good go of things in the last 18 or so months, despite all of the struggles both of getting a new group/company off the ground in addition to the various pandemic related problems that seem to keep cropping up. If anyone could do it though it would be Pour Lui wouldn’t it?

“JUICYY” is the group’s second full-length release and the first album to feature newest member KINCHAN who brings the group up to being a 5-piece after the departure of UMI earlier in 2021. Her debut came along with the usual face obscuring, marathon running shenanigans so the apple really doesn’t fall too far from the tree I suppose. That’s a bit besides the point though, I’m more interested in the music than the fanfare around it and there was 13 tracks here to listen to so let’s get into some of my thoughts on them shall we?

I suppose the most obvious thing to point out just by glancing at the album’s track listing is that just over half of the songs are re-done versions of previous material which in a lot of cases has been done to bring KINCHAN’s vocals into the fold. They’re also just collecting various singles and mini-albums here too at the same time though, so I don’t really mind it too much because that’s pretty much one of only two ways an Idol album typically goes. All new, or some new mixed in with a lot of old to catch people up and/or pad things out a bit. Tracks like “VISITOR” and “Future Stardust” are still personal highlights for me and are very much recommended listening if you haven’t heard them yet by the way.

Much of the new material is very high energy and dynamic which PIGGS are usually pretty happy to provide but sometimes the less Rock oriented stuff doesn’t totally do it for me. Not the case here though as almost all of the newer material has a nice Rock tone to it, with “NAKED BORN NAKED DIE” and “I CAN’T BE” being particular standouts for me. There’s also some slower tunes in “Cassini” and “Yume wo misasete” and honestly the album kinda needs them after a while. Still very much in keeping with that overall energetic, Rock focused direction though so nothing ever feels that out of place to me and that’s usually a mark of a pretty good album as far as I’m concerned.

PIGGS ended off 2021 very strong with this release and they seem to be doing pretty well for themselves all things considered. I like the general direction that the music is heading in right now and there’s plenty of room to tweak things and add in some different influences to freshen it up should they ever feel the need to, and I think they probably should after a while but for now there’s very little to complain about and you know how much I enjoy a good moan.

Pour Lui is unpredictable at the best of times so it will be interested to see what 2022 has in store for PIGGS. I think the unpredictability is definitely part of the appeal though and as long as they don’t fall back into that trap of trying to be ever more controversial just for the sake of it then I can see a very productive and fruitful future for the project. Everything they’re doing seems to be working out well for them so far at least.