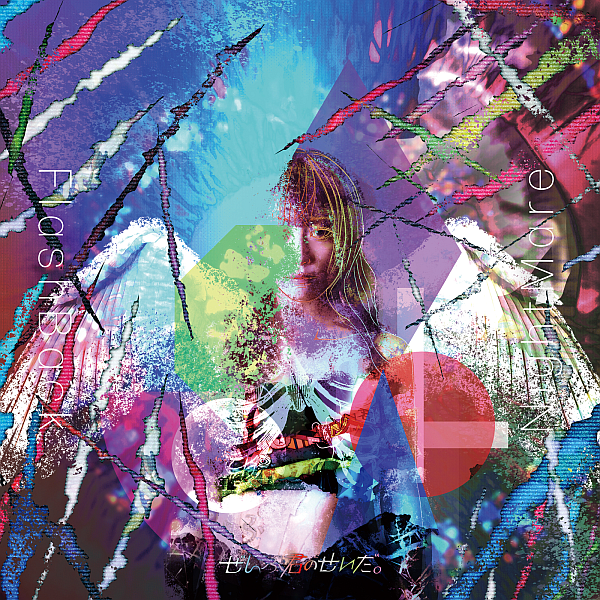 Some thoughts on “FlashBack Nightmare”, the latest album from Zenbu Kimi no Sei da.

I’m not really sure what else I’m supposed to say when introducing a Zenbu Kimi no Sei da article at this point if I’m being totally honest with you guys. The group are an enduring success in the scene after having overcome no shortage of diversities over the years and generally speaking the quality of their music speaks for itself. It hasn’t always been smooth sailing but now finding themselves at the forefront of a genre, that they perhaps don’t participate anywhere near as much in as some might like, it’s hard to argue that the group’s success hasn’t been hard fought for and ultimately deserved.

Sure they’re a far cry from the up and comers that I watched in the basement of a Village Vanguard store in Tokyo many moons ago now, and the line-up is for the most part totally unrecognizable but the ideals of the group remain and you know…this whole Idol thing isn’t supposed to last forever for many of the girls who end up getting involved. As much as some of you reading this would probably wish that was the case I’m sure. Indeed, the group’s current popularity speaks volumes in my humble opinion.

“FlashBack Nightmare” is album number I don’t even know how many at this point from Zenkimi and much like the majority of them it collects the group’s last couple of singles while also injecting several new tracks into their discography. It’s a safe formula that usually works out pretty well for the group and I can’t really find any fault in it myself personally either. These album tracks also have a habit of throwing up some interesting new ideas too so it’s always interesting to see what Zenkimi and their producers have come up with for us each time they have a new album drop.

“Insomnia” and “Heavenlyheaven” are two tracks that instantly stand out from the tracklist, if only for the simple fact that both got the single treatment previously so things are very much on trend with previous Zenkimi album formats it would seem. “SCAR SIGN” and “Underscore” the the songs they’re using to promote the album however, and each offers a slightly different take on the base Zenkimi Pop sound with the former going for a harder Industrial slant and the latter opting for a touch of Glitch to set it apart from its peer. Both are pretty fun listens in their own ways though if you pressed me I would say that “SCAR SIGN” is probably my favorite of the two.

From the rest of the new tracks I really liked the instrumental energy of “Pistil” and I thought that “MONSTER” was a pretty catchy slower offering from the group as well. Not quite so keen on “315.3” personally and “Rakugaki Kiseki” filled in the prerequisite Ballad role in a suitably Zenkimi style. “dada” I believe we’ve heard before and “Mononokoiaware” was a decent enough showing but did ultimately feel like its album feature was about all that it really warranted.

A pretty decent showing from Zenkimi here on their latest album outing. Not sure I would go as far as to say that “FlashBack Nightmare” is their best offering in this particular format but the release does contain several very good tracks and many more that I’m sure a lot of you would find great joy in listening to. 10 tracks does feel a little bit on the short side by Idol standards but hey, if this was the best they had then I’m glad they didn’t try to pack it out with a bunch of filler either.

Steady as she goes then for Zenbu Kimi no Sei da. They have their hands in a lot of different projects both currently and I’m sure also in the future as well so they are certainly keeping themselves busy even if it isn’t always with new musical ventures. I’m actually curious to see how all of these new media ventures develop as we head into 2022 as the group and their management clearly have their eyes set on perhaps bigger and better things than they current, already quite prolific status might provide.