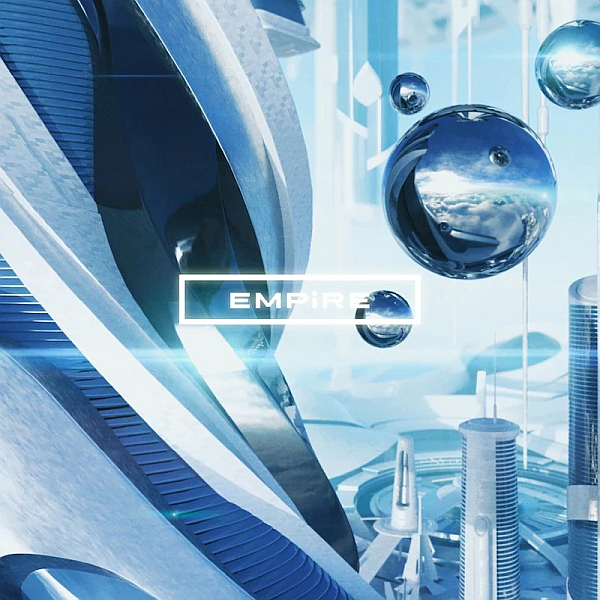 Some thoughts on “BRiGHT FUTURE”, the latest album from EMPiRE.

For me personally, and I’ve probably said this in a previous article even, EMPiRE have been probably the most interesting of the what feels like scores of groups that WACK is currently managing and producing. For better or worse you’re never quite sure what you’re going to get out of them these days and to me, in the grander context of the WACK ecosystem at least, that’s pretty cool. Does it always work out for the best? No, but it’s never boring that’s for sure.

WACK have been doing this weird collaboration with Kashiwagi Yuki of AKB48 fame of late so I’ve kinda stayed away from a lot of their releases as you might have noticed. It’s not really because I think any of the songs have been bad, but it’s just a lot all at once you know? It feels like a long time since I’ve really had the chance to talk about EMPiRE specifically too so I was actually looking forward to writing this article for a while now.

“BRiGHT FUTURE” is EMPiRE’s third album and the title itself is a pretty cool throwback to a very early EMPiRE track “Akarui Murai” which I thought was pretty neat myself. It features the last two singles from the group, those being “HON-NO / IZA!!” and “ERROR” specifically along with a pretty decent chunk of new material as well. Given the past couple of singles I already knew there would be a good amount of color to this release but just how much the new tracks would bring remained to be seen. I was certainly looking forward to the journey ahead as I clicked play on this one though.

If I was trying to describe “BRiGHT FUTURE” to someone with no reference to EMPiRE whatsoever I think I’d fall somewhere along the lines of it being a rather interesting mix of songs that range from the very contemporary, pounding EDM that the kids love these days to the slightly more conventional Rock and emotional Punk styles that are more the usual sort of thing that WACK/SCRAMBLES are known for. Lead track “LET’S SHOW” almost felt like it was setting things off pretty hard in the former direction but then “Chase your back” coming in right afterwards and swinging the album back in the latter direction sort of paved the way for how everything else was going to play out.

I suppose in that sense there is the risk that maybe only half of this album might appeal to someone, depending on their specific musical tastes. For what it’s worth, I think the group and their producers have done a great job of weaving two fairly opposite music styles together into one cohesive (for the most part) album. A track like “IZA!!” might feel very out of place when played next to say “To continue” but the intervening songs really do manage to bridge that gap somehow which I thought was very impressive. That said, quite a lot of the tracks do fall into that Ballad-y territory that I don’t particularly care for but again that’s just my personal taste right?

While “BRiGHT FUTURE” might not have ended up being quite as colorful of a release as EMPiRE have put out in the not too distant past, I still really enjoyed the time that I got to spend with it. It’s another strong vocal outing from the group and they were able to span the rather wide range of styles that were asked of them with relative ease from what I could hear. Sure, there’s plenty of crutch leaning on some tracks but especially the more EDM forward ones felt very dynamic both vocally as well as instrumentally.

After all of that I’m still of the opinion that EMPiRE are one of the more interesting of the WACK properties currently. Obviously the context there is key but I find myself drawn more towards their new releases these days than many of their compatriots. That’s just my take though and I’m sure there are many who might disagree with that, but that’s the great thing about Idol. There’s plenty of different options and in some cases there’s almost too many within the same agency even.