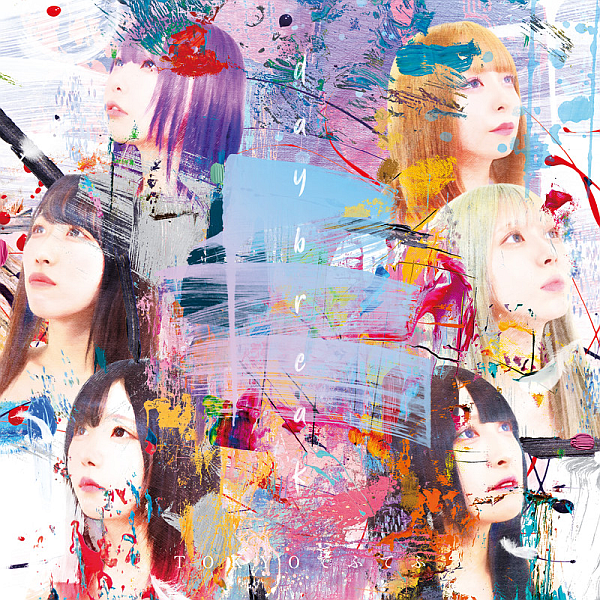 Some thoughts on “daybreak”, the latest single from TOKYO Tefutefu.

Some people might say that the definition of insanity is doing something over and over again while expecting different results. So here I am, back at it again with some more thoughts on another new release from TOKYO Tefutefu. I guess they’re still technically the newbies of codomomental but it does kinda feel like they’ve been around for a while at this point so I guess maybe that’s not the best way to describe them anymore, you tell me.

Generally speaking I’ve been pretty tepid on the group’s musical output since their debut because while sure they have a few songs that have their moments, for the most part there’s some really ill-advised production thing or vocal pitch that just ends up ripping me out of the listening experience one way or another. I dunno, maybe I just don’t “get” what codomomental is going for with this group but they make some…interesting decisions for sure.

“daybreak” is my latest attempt to be wowed by a TOKYO Tefutefu release and while I had a ton of pre-conceived notions as to what I was going to experience here, I still tried to give this single a fair shake. It could be great and I’d never know if I just wrote it off entirely without giving it a chance right? I feel like that’s maybe not the most common way of thinking anymore and it’s a bit of a shame honestly. Anyway, let’s get into my thoughts on this one.

Despite the title track opening with the sort of high pitched singing that I really don’t care for from Tefutefu once the song actually got going I found myself rather enjoying the sort of Dark Fantasy vibe that it had going. The high pitched vocals didn’t really come back after that either which I thought was a bit odd honestly but don’t for one second think that’s me complaining about it either. It’s honestly probably one of, if not my favorite Tefutefu track so far but the fact that it does sound particularly reminiscent of Zenbu Kimi no Sei da could also be playing a part in why I think that so that’s something I should probably consider I suppose.

Unfortunately the high pitched singing is back in a pretty big way on the b-side “misery”, which I’m assuming is what anything with particularly sensitive ears experiences when they hear this one. Granted it’s not the entire song that sounds like this but man when they go for it they really do go for it and it’s just not for me at all. Outside of that though I really like the fuzzed out Rock instrumental they have going on there and the softer vocal melodies are also quite nice to listen to as well. Certainly several positives to take away but at least for me they don’t really outweigh the glaring negatives with this one.

If you can get past or even enjoy the high pitched vocal tones that Tefutefu bring to the table, at least on their recorded material anyway, then you’re probably going to like what you hear on both tracks from this single. If not then I’d still give “daybreak” a solid recommendation as that stuff is pretty minimal there and it’s a pretty enjoyable song on the whole in that loose codomomental style that you kinda hear from most of their groups these days.

I’m happy to chalk TOKYO Tefutefu up as a group that just isn’t for me at this point but I do have to wonder if maybe they’d attract some more listeners if they did dial down just a bit on the vocals. That’s assuming anyone is even listening to them for their music in the first of course and not just because the group is comprised of Asian girls who are nice to look at or have interesting personalities. I’m assuming at least some people do look for the music stuff but hey, it doesn’t seem to be holding them back too much right now so what do I know.