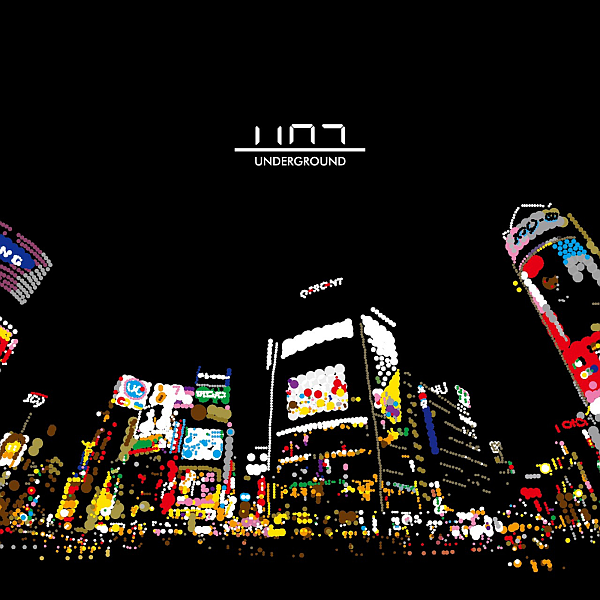 Some thoughts on “Kudaranai Sekai”, the second album from Shihatsumachi Underground.

While Shihatsumachi Underground are now easily one of my more favorite groups who are currently active in Japan’s vibrant Idol scene, that wasn’t always the case. They had quite a bit of hype around them when they debuted among my fellow fans but I didn’t quite get it until I was fortunate enough to see them in person on a Japan trip that feels like forever ago at this point. I’ve enjoyed them quite a bit since but it sort of seems like their popularity has waned amongst my peers since then which I guess just one example of how fleeting foreign interest can be in this stuff.

A shame too as Shihatsumachi really have been going from strength to strength and I might even be so bold as to say getting substantially better over the last year to 18 months or so. They put out a series of 4 singles a while back that I covered extensively on the site so if you want a taste of things to hopefully come here then you could always go back and give those articles a quick read and me a few clicks in the process. Or just stay right here because they’re included on the group’s second full-length album as well.

The album in question is titled “Kudaranai Sekai” which basically means “Stupid World” or something to that effect and yeah after the last year and a half or so I’d say that’s a pretty accurate description of how things have been going. 8 tracks feature, several of which you’ll be familiar with if you’ve been keeping up with the group during this time like I have but I’m also really looking forward to hearing these new ones too as I don’t think Shihatsumachi have a bad song in them, which is pretty crazy considering how varied their catalog has become at this point.

In a loose sense “Kudaranai Sekai” can be described as a Rock album, but where it and Shihatsumachi Underground in general excels is how they manage to pull in a range of other complimentary genres to really carve out something that sounds uniquely their own. Well as unique as music can ever be at this stage of the game anyway. Typically this will see the group’s velvety vocal tones interwoven with a little touch of psychedelia like on lead track “Koudenatsu hanko shojo” or “TAKE A TRIP” and this is personally my favorite brand of Shihatsumachi Underground but that’s far from all that the group is bringing to the table musically.

Track such as “Give Me Your Candy” and “Hallelujah” bring in some mild influences from Rap and Hip-Hop which aren’t really genres you’d typically expect to hear featured but the are by no means out of place and bring an interesting new dynamic to things and I think the sparing use is also helpful in that regard. “BABY BABY BABY” and title track “Kudaranai Sekai” are also two of the best “Ballad” leaning songs that I’ve heard in a while and with both you get very different tones and emotions flowing through your speakers. It’s a pretty awesome 10 minute stretch of music collectively and I really thought that this particular combination of tracks made for a really awesome build up and close to this release.

If you haven’t checked in on Shihatsumachi Underground in a while or you’ve never really given the group a chance at all then “Kudaranai Sekai” is a great place to dive in. It features songs brimming with personality in many different accessible styles of music, all neatly tied together with the group’s “core” sound which is already pretty great before you start adding all of the other stuff into the mix.

So hop on board and enjoy the ride, I’m certainly looking forward to what the future might hold for Shihatsumachi Underground because if they can put out an album as good as this even in such a trying period of time then I think we’re in for some even better things once things settle down and the train gets fully back on the tracks again.