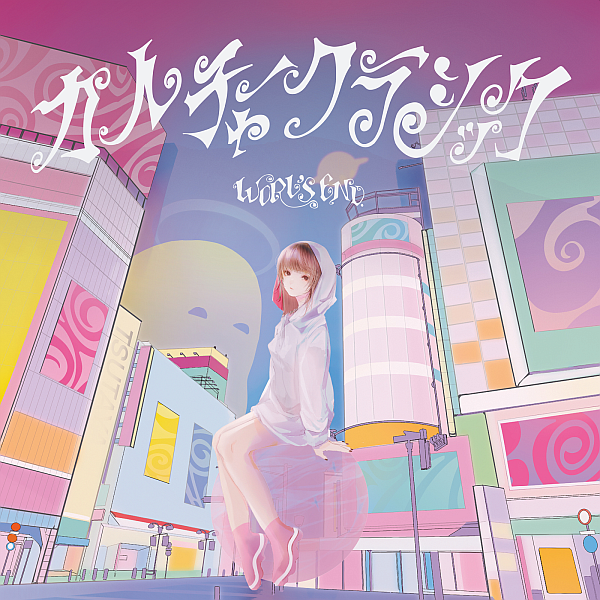 Some thoughts on “Culture Classic”, the second album from WORL’S END.

WORL’S END are a group that might not be the most familiar to many of you, though I have written about them on several occasions previously, but they’re one of many great examples of how you have to adapt to overcome in the ever changing world of Japanese Idol. The group has only officially existed since April of 2020 after being rebranded from its former guise of Marionet and ran for a little less than a year before the departure of one of its key members in Hoshina Fumini.

Since then we’ve seen the group go through a process of reestablishing itself with a refreshed line-up and a steady flow of new music to accompany it. Far from starting from scratch but such an event is often challenging in this medium, with groups trying to hold on to their existing fanbases while also trying to attract new interest with the carrot of witnessing a new era and all of the cool experiences that it could bring. New music too, which is where I started getting interested in WORL’S END at the start of this year.

Several digital singles later and the group have recently released their second album “Culture Classic” which in a lot of ways can be seen as a culmination of all of efforts put in over the last 6 months or so by everyone involved with the project. A very respectable 12 track selection is on offer here, featuring all previously released digital singles since the soft reboot and a healthy dose of even fresher material as well. As such, even on just a surface level this presents a great jumping off point for potential new ears and that’s before we even talk about what any of the songs actually sound like and there’s definitely much more to this one than meets the eye.

Despite being wrapped up in a pastel front cover with a very Pop heavy theme “Culture Classic” is actually a much deeper, more complex proposition that it might first appear. At its heart it’s actually a Rock record if you can believe that, with many of its tracks basing themselves quite clearly in said genre. The vocal work is also very in-line with what you’d expect from female fronted material but while all of that would make for a perfectly enjoyable release by itself, it’s when WORL’S END start to incorporate all of their other influences that this one really starts to take on a life of its own.

Synthesizer is one of the more popular additions, as heard on tracks like “Overdose Badtrippers” but there are many other cool ideas going on throughout the course of the album and one such favorite of mine is the very aptly named “Dirty Funk”. It’s pretty much exactly as the title says and such a fun listen as well that I really want to highlight that particular track as one of my favorites. Also of particular note and packing similarly large amounts of flavor is the floor-filling club track “Ukiyo Disco” which is sure to get the blood pounding and the hype levels cranked up nice and high. Just a couple of examples of some of the different styles being brought into play here, and both well worth looking into.

For all of its bells and whistles the album also does the basic very well too. From the more conventional side of things comes your sensitive, Ballad style tracks like “Stardust Song” and “Hello Goodbye” which to be fair also offer interesting takes on said style and the Rock elements of the album are also brought front and center to be celebrated with past digital singles “Scarlet” and “Bremen” being two fine examples of such efforts. Indeed, this release delivers on pretty much everything except what a casual observer would probably expect it to be and there’s something about that which is rather entertaining in and of itself to me.

Indeed “Culture Classic” ends up having quite a bit more depth than one might expect and while it’s still much too early to tell if this release will end up going down as an all-time classic in the Idol genre, it is doing a lot of things very well and should offer up a very entertaining listening experience for the majority of Idol fans who might happen to stumble across it. Sure there aren’t any breakdowns or harsh vocals but there’s more to Idol than just that so why don’t we all try to live a little, yeah?

WORLS’ END seem to have done a really good job of this soft reboot of their and while they might not employ some of the wilder or outrageous marketing tactics that some of their peers do, I really do think that the music speaks for itself on this one. Try not to forget about it when we’re talking about what the best Idol albums of 2021 were, I definitely know that I won’t!