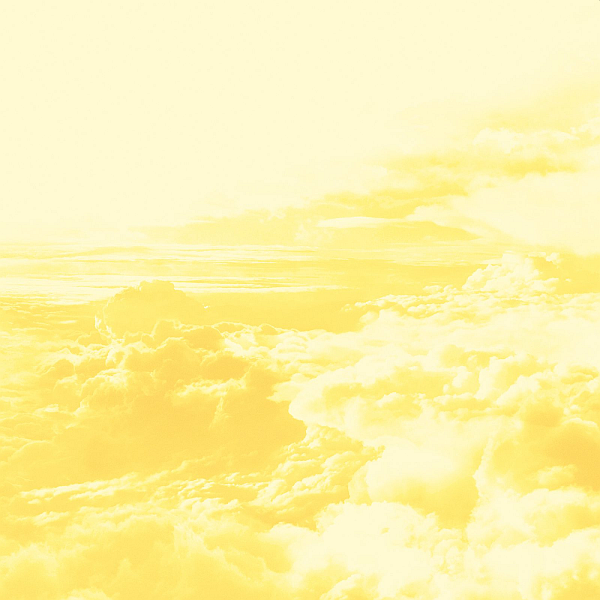 My thoughts on “Yellow”, the second single from RAY.

While we all know that I don’t really get too invested in trends when it comes to the foreign Idol fandom, I do at least try to appreciate why people get excited about and enjoy the things that do end up garnering a large amount of attention. So while I might not see what makes something the barn burning success that everyone else does, I can usually find some appreciation for it in my own way. Or maybe I’m just getting old and trying to convince myself that I’m still down with the kids, who knows!

RAY are an Idol group who have a pretty decent following outside of Japan, something that you might not expect given that they don’t have the craziest gimmick or what have you, but the fact remains that they are rather admired. Their debut album “PINK” (review here) was one of the highlights of 2020 for many, and while my opinion was a bit more reserved I do think it’s cool that there’s a group out there introducing more people to Shoegaze, a genre I love, and hopefully some of those people decided to dig a bit deeper and see what else the genre has to offer. That would be pretty cool.

Well, RAY are back with a new single and a temporarily turned 3, now back up to 4 member line-up which is just one of those things ya know. They’re billing this one as a Shoegaze release that leans softly into Pop music and they’ve drafted in the likes of Matsuura Tomoya of monocism, Ishikawa from My Dead Girlfriend and Kei Toriki to write the songs that feature here. Once again a star-studded line-up on the production side of things so hopefully the end product is equal to or greater than the sum of its parts. It’s a Shoegaze single, I like Shoegaze, it should hopefully be a pretty good time.

There’s definitely a strong Shoegaze vibe right from the get go here, with lead track “Koharui” giving us a nice relaxing opening instrumental with a nice fuzzy texture to it that is pretty synonymous with this genre. The beat is fairly straightforward and there’s no flashy guitar parts or anything like that but the atmosphere they’re building here is a very ear pleasing one if you’re into this sort of thing. The vocals come in with a similar mindset, nicely melodic but sort of drifting along with much the same tempo as the instrumental which accompanies them. There’s a sweetness to the almost melancholic tone in which the lyrics are being sung and it all comes together to really hit the key dreamy, hazy notes that you would expect from this style of track. Once the song gets into full flow the volume does get amplified quite a bit which fills out any gaps or quieter spots that there might have been and the vocal delivery does get a bit more intense too but for the most part we’re still keeping with the overall tone and mood that we started out with here. As far as Shoegaze as a genre is concerned this track isn’t doing anything groundbreaking but it’s a very strong, authentic take on things and RAY have shown in the past that they’re very much capable of doing such a thing. A good introductory song for people wanting to get their feet wet, both in terms of RAY’s discography as well as the genres of music being invoked here.

“Regignation” instantly sets itself apart from the track that came before it, with some very prominent cymbals and a synthesizer melody with a very digital vibe to it being the key standouts from its opening instrumental. A nice bit of variety already here which is never a bad thing. There’s still that fuzzy, dreamy gloss to everything but I’m getting more of an 80s Pop sort of feel from this one which might go some ways to explaining that “leaning into Pop music” thing that I mentioned earlier. I really like the energy in any case and that feeling intensifies with the introduction of the vocals are very clearly leaning in that Pop direction. Really quite catchy lyrics and a great flow to the delivery while still having that chorus-y feel that you’d be looking for from Shoegaze and its related genres. This is especially the case in the choruses, which in my opinion are an absolute homerun and really go to show that this style of music doesn’t have to be all whispy and daydreamy sound all the time. There’s a really awesome instrumental break about midway through the track too which I feel the need to draw attention to as not only does it sound awesome it really did help to cleanse the palate before kicking things back into the previous flow for the back half of the song. Just a really enjoyable, well put together piece of music on all fronts here.

To a lot of people, Kei Toriki probably isn’t best known for his ambient Electronica compositions but that’s exactly the sort of thing that he’s put together for the single’s third track “17”. The main synthesizer melody is quite catchy and clearly stands out against the mild static of the track’s more ambient elements which are both doing exactly what is needed of them to create another somewhat dreamy but also very distinct atmosphere. There’s a little bit of guitar and drums happening in there too, with the former providing a lot of the track’s tempo and the latter throwing up a cool riff or two every so often to tickle the ears and keep your attention from drifting too far. Things are a little bit less interesting on the vocal side of the equation though, and while the RAY members do turn in a very pleasant, melodic performance it does rather feel like they’re coasting along in second gear for a lot of the track. Kinda hard to really push the boundaries with this particular style and the vibe they’re going for but I feel like it just needed a little something extra in like the choruses or something to lift it up and really help this song stand out. As it stands it’s a perfectly nice listen but not quite up to the imagination of the couple of tracks that have preceded it on this particular release unfortunately.

Rounding things out is “Rusty Days” which has a bit of an Indie Rock feel to its opening instrumental which is leaning a lot more heavily on the guitars and drums than much of the rest of this single has tended to. There’s still plenty of synths going on too of course and the main initial melody is being provided by them so don’t think that RAY have suddenly abandoned all semblance of the theme they’ve had going on here. After quite a lengthy intro vocals do eventually make an appearance and they’ve got that sort sentimental, almost but not quite Ballad tone to them which you kinda knew was probably coming at some point here. It’s all rather at odds with the much brighter, positively happy tone of the instrumental which is kinda interesting but if they were going for a strong contrast then they’ve definitely nailed that here. There’s a little bit more energy to the choruses, though they never really stray far from the tone created by the rest of the track, still it was nice to hear some soaring melodies and little bit of a tempo jump and it did help to make those particular parts stand out a bit more which is something I knocked the previous track for not doing enough of to be fair. It started a little bit slow but by the end I think this track really came into its own and left things off on a very pleasant note. 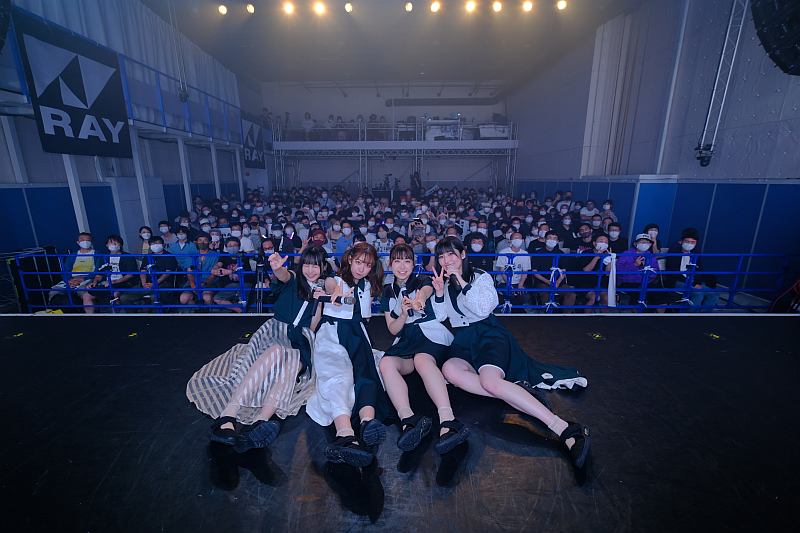 I really like “Yellow” as a single on the whole and I think that each track that features here is both unique in its own way as well bringing something rather interesting to the table that you don’t hear a whole lot in Idol music. Broadly I would say that the songs on this release are a bit stronger than on RAY’s debut album and that’s great because at least in my opinion it shows some growth from the group and we also got to hear some different producers take a stab at this Pop blended with Shoegaze style. The results were pretty darn good in my opinion.

Hopefully RAY will continue to feel out where their natural fit in the Shoegaze landscape is. Whether it is a more Pop focused interpretation or not I don’t think it really matters as they’ve shown here that this way of thinking can work rather well when put into practice and I actually wouldn’t mind hearing a few more takes on it myself. Who knows though, this sphere of music allows for quite a lot of scope when it comes to writing songs so just like this single was a bit different to the album that came before it, RAY’s next offering could see us move further down that path. We’ll just have to wait and see I suppose.

Enjoy the content? Consider supporting the site on Ko-Fi for as little as £1.
DISTORTED RECORDSRAYsingle review
0 comment
FacebookTwitterTumblrRedditEmail