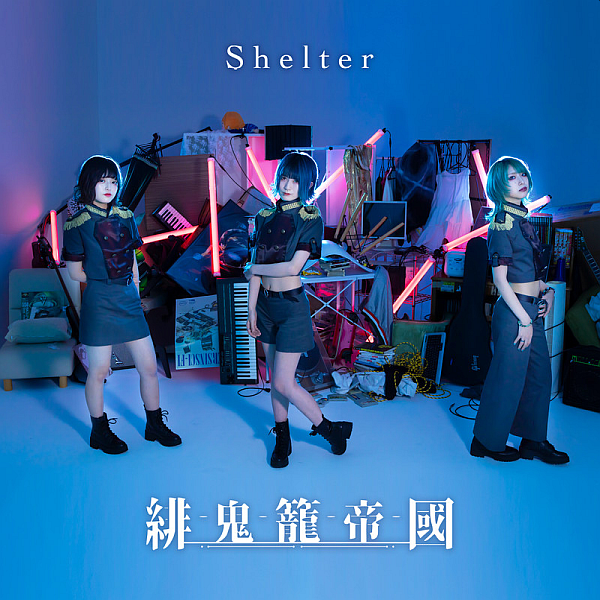 My thoughts on “Shelter”, the first digital single from Hikikomo Teikoku.

Over the years I’ve seen a lot of interesting gimmicks when it comes to Idol groups, it’s the nature of the business after all as if you’re not doing anything to stand out then people probably aren’t paying you too much attention. From the witty to the outlandish, well thought out to foolish there really has been a lot of crazy ways that groups have tried to market themselves and we’re going to be meeting another group today with a pretty interesting gimmick that’s almost covering up the rather positive and real back story behind how it came into being.

Hikikomori idols aren’t really a new concept, there have been several successful ones over the years after all. Well, new group Hikikomo Teikoku are looking to follow in those footsteps with the 3-piece (who are managed by PLANCK STARS member Hikiko Ricca) all being recovering hikikomori to various degrees who have come together to create this project with the goal of starting a “hikikomori revolution”. Sounds like some very grand plans are in the making here so it should be interesting to see how all of that ends up playing out.

I’m getting ahead of myself here though, the group have only just released their first single after all so a revolution isn’t quite on the cards just yet. The song in question is called “Shelter” and if I’m judging things completely on the visuals alone I’d say it’s probably going to trend towards the harder end of the Idol spectrum but that’s just a guess. I’l admit that I’m more checking this release out because of the interesting story behind the group’s origins but hey, that’s proof that their marketing worked on at least one person that’s cool. Honestly I don’t really know what to expect with this one but I love the idea behind the group so let’s hit play on this single and see if the music is just as interesting or perhaps even more so.

First of all, you might have noticed that there are two versions of the song on this single. The first features the actual Hikikomo Teikoku members on vocal duties while the second sees Hikiko Ricca doing her own rendition of the track, most likely as a guide of sorts for the others to follow while recording their own version. Both tracks feature the same instrumental, which opens in a fairly intense Metal style before shifting gears into a pretty epic Power Metal type of direction for a short time which definitely helped to give the song a bit more color and personality in my opinion. It shifts back to the more straight up Metal style once vocals are introduced though and for a debuting group I would say that the performance pretty solid. It’s not highly tuned and polished like some other groups are but the melodies have this nice natural quality to them and fit right in with the overall tone and atmosphere that is being created by the instrumental. There’s some pretty nice hooks throughout too and the slight Pop tinge to everything definitely makes for a fairly accessible listening experience even if harder genres of music aren’t typically your thing. There is a pretty cool breakdown mid-song though so be warned/look forward to that depending on where your tastes fall on my previous statement. It’s probably really unfair to say that the chorus is one of the weaker aspects of this track, partly because it is actually quite good still and also because I respect that they really pushed the boat out and tried to raise things up a few extra levels with regards to emotion, pitch, etc. It comes really close to being these epics moments on the track but there’s a few signs of greenness showing through that don’t quite let it get there in the end, so I guess we just have to settle for being “pretty good” on this occasion. I say this of course with all of the respect and encouragement in the world as I really do see a lot of potential here. 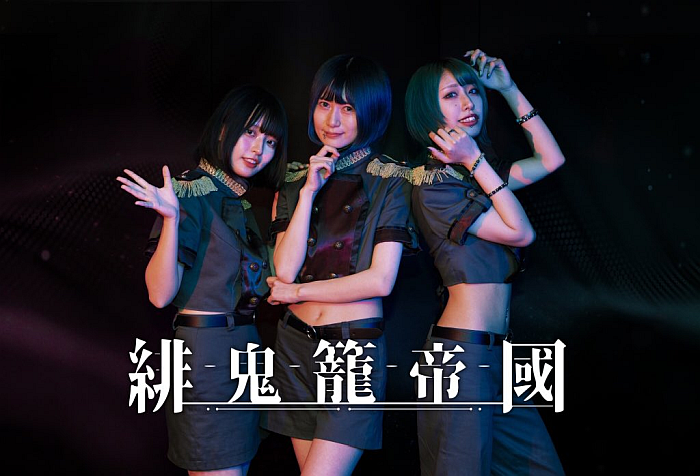 It’s already hard to really root against Hikikomo Teikoku given the story and message behind how the group came to be. Everyone loves a good underdog story and I’m certainly no different when it comes to that. For the group’s first outing, “Shelter” does a pretty good job of showing off where each of the members excels vocally and also gives us at least some idea of the musical direction that they appear to be heading in. It’s also pretty clear that they’re not the finished article yet and nor should they be or anyone expect them to be either. The idea of supporting a group is that it’s fun/exciting to watch them grow and develop as performers over time after all.

So yeah, I love the idea behind this group and the music ain’t half bad either which certainly doesn’t hurt things. It’ll be interesting to see how Hikikomo Teikoku develop over time as there’s a pretty obvious story arc that can come into play here if they manage to get a bit of momentum behind them. Whether that happens or not remains to be seen but even if it doesn’t I hope the experience of performing in the group is a rewarding one for everyone involved and that they at the very least feel like they got something positive out of the experience at the end of the day.