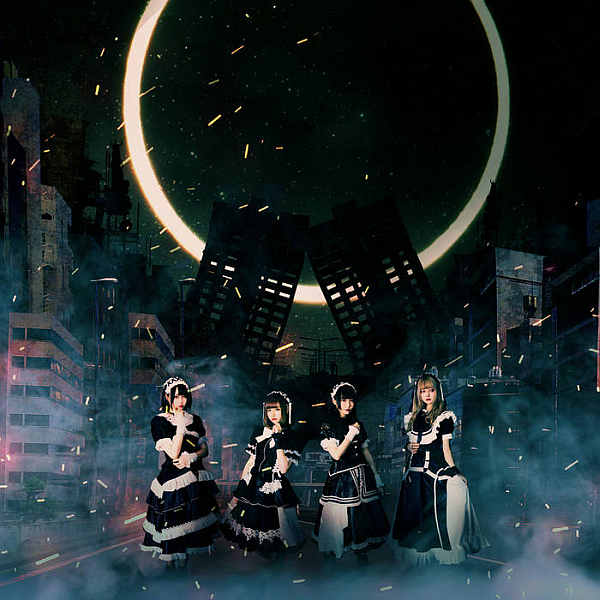 My thoughts on “La fin”, the latest digital single from JyuJyu.

I’m not really sure what it is with me and some groups, but with the best of intentions and all of the promises to pay a bit closer attention to them in the world, I just never end up doing it for whatever reason. I suppose we could chalk it up to not enough hours in the day but I still feel kinda bad about it when it happens. I’m sure you guys probably have some groups that this happens with too, but you’re not styling yourself as some kind of opinion giver like I am over here.

Jyujyu are a group that for whatever reason always seem to fall into this category with me. I quite like their music and they’ve got a great look but for one reason or another I’ve just never really “connected” with them like I know others do. I’m pretty sure I said all of this when I reviewed their “Hijitsu Zaisei Shōjo” single (review here) last year too so not much has changed in the months since then it would appear.

I do still pay attention when they put out new music though at least, and that’s what I’m going to be talking about here today with you guys. “La fin” is the group’s latest single, available everywhere on your digital platform of choice and I like their moxie in calling the song “La fin” instead of “Owari” which would have been equally appropriate. I’m expecting some of the group’s usual Gothic goodness here but who knows, maybe they’ll surprise us with something different. One way to find out I suppose, so if you’ll indulge this casual fan’s opinion then let’s get this review started.

It’s hard not to get swept up in “La fin”‘s opening instrumental with its combination of Gothic Rock and ethereal synthesizers painting quite the vivid picture in the mind of the listener. It’s gritty but also elegant at the same time somehow and becomes even more so with the introduction of a string section as we build things up to the track’s opening verses. I suppose “haunting” would be a good way to describe the vocal performance here, though there’s also a somewhat creepy dynamic to the tone in which the melodies are ringing out over the top of the now fairly prickly sounding instrumental. If making the listener feel uneasy was the goal then they’ve accomplished that rather well here. The choruses are fairly similar in style but the vocals get a lot more high pitched and it’s not really something I’m a huge fan of here. While I appreciate the contrast being made, it feels like too much of an extreme at times and the vocals lose a good amount of their definition while reaching for all of those high notes. On the flip-side, the interlude meets breakdown about two thirds of the way through the song was pretty cool and something a bit different than you normally hear, even if there was that kind of weird part where the vocals sounded like they got snuffed out…literally. When I said this one was rather unsettling I wasn’t joking around folks. Hard not to be impressed by the sheer scale and atmosphere of this track, even if the themes might not usually be your thing. Well worth a listen even if you’re not a Jyujyu fan in my opinion. 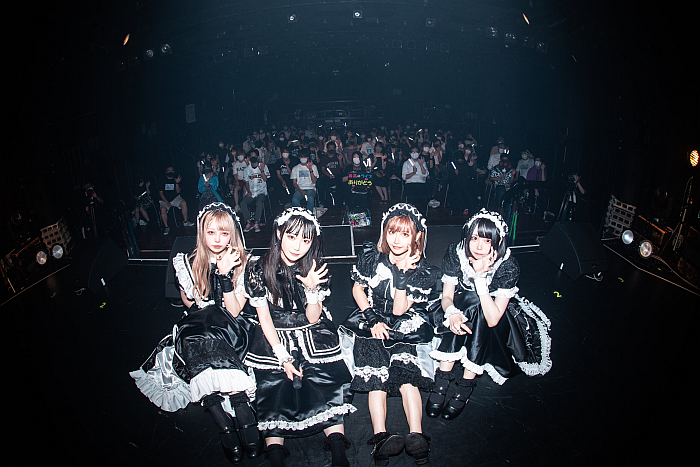 Despite the, in my opinion at least, slight misstep with the chorus I actually really like “La fin” a lot. I know I’m far from the biggest Jyujyu fan that you’re ever likely to meet but for me this is probably one of my favorite songs that I’ve heard from them. I’ve probably just said something sacrilegious there but I just really like songs with the tone and atmosphere that this one is creating.

I’m not really sure if Jyujyu have plans to release any other new material in foreseeable future but if it’s going to be more stuff like this then I’m definitely interested to hear it. I think this song might actually get them a bit more interest in foreign circles as it’s certainly playing to a style that I know many people are already quite partial to. Hopefully that means more people give the group a chance, though I’ve been failing rather spectacularly at that myself so perhaps I’m not the best person to be saying such things.

Enjoy the content? Consider supporting the site on Ko-Fi for as little as £1.
jyujyusingle reviewXiDEA
0 comment
FacebookTwitterTumblrRedditEmail