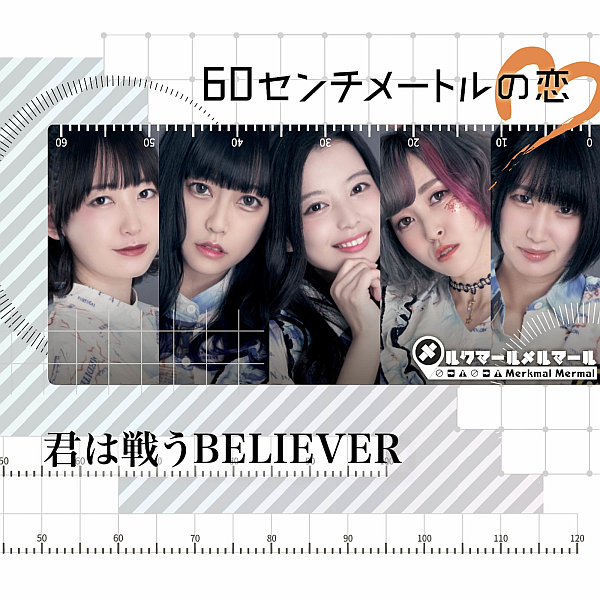 My thoughts on “60cm no Koi / Kimi wa Tataku Believer”, the second single from Merkmal Mermal.

I try my best to feature releases from a wide range of groups here on the site. Of course I cover all of the big names in the scene but I also think that it’s important to give page space to the lesser known and up and coming groups too. Especially this year where things have been all sorts of crazy and we’ve had quite a few times where new releases from the more popular acts have been hard to come by.

Merkmal Mermal are one such up and coming group that recently caught my attention. The 7 member outfit have only been around since January but they’ve already put out 2 singles (the second of which I’ll be talking about here today) so pretty good going all things considered. Admittedly I initially only really checked them out because they had an interesting name but sometimes that’s all you really need to catch someone’s attention. I also rather enjoyed the music I heard too, which doesn’t hurt.

“60cm no Koi / Kimi wa Tataku Believer” sees Merkmal Mermal expand their currently available discography with the addition of 2 more tracks. Like their first single “Hajimari no asa / Jinsei PAPIPUPEPO!!” (review here) it was originally a venue only distribution but now it’s available digitally for all of us to listen to. We got some fun, Denpa flavored Rock tunes out of that initial release so I’m interested to hear if we’ll be getting more of that here or if there’s something a bit different in store for us. Let’s take a listen and find out!

I’m not really sure why, but there was something about the title of the single’s lead track “60cm no Koi” that had me thinking that maybe this song was going to be a Ballad of sorts. The track’s opening upbeat Rock instrumental, accented by a nice Chiptune-ish synthesizer melody is a perfect example then of why one should never try to judge a book by its cover. I really like the energy that’s being brought to the song early on here. It does taper off a little bit upon the introduction of the first verses, but a catchy beat and some nice basslines remain to serve as a very ear pleasing accompaniment to vocals that are performed in a very natural manner and have some very nice, bright melodies as their key feature. They slowly build the instrumental back up over time as we approach the first chorus before bringing everything back in for a pretty bright sounding crescendo which definitely felt like it lifted the track up quite a bit from its still very enjoyable pace that it had been setting previously. The vocals certainly start sounding more like a Ballad here, quite high pitched at times but never feeling too out of control. It’s not really what I go for personally but I can appreciate that it’s well constructed and performed, and I did rather enjoy the expanded use of keyboards during these parts as well. That’s roughly what you’re going to get out of this one, a couple of run-throughs of everything I just mentioned and that’s all she wrote folks. Fun, enjoyable stuff and definitely not totally what I expected coming in. In a good way of course.

Continuing on into the second half of this single’s double-header, we have “Kimi wa Tataku Believer”. Once again I’m expecting a Ballad after the very lovely solo piano piece that opens the song and the vocals that eventually appear to accompany that definitely further push things in that direction. There’s something of a fantastical feel to the track which makes it quite charming in a way. Things take quite a dramatic sounding turn after a while, with the song being hit with a burst of frantic instrumental energy before calming back down a little bit for some more of the vocal performance. There’s definitely a persistent, increased tension though by way of some guitar and drums and the vocals take on a slight vocoded dynamic as well which was a nice change of pace. I did feel like chorus could have packed a bit punch because of all of this but it still had some nice energy to it and the lyrics were catchy and sung in an energetic and rather familiar Idol chorus style so lots to like even if I thought they could have pushed it a little bit further than they did in the end. We hold on to a lot of the energy coming out of that first chorus, all the way through to the end of the track which once again proves that I’m terrible at judging this stuff as this ended up being so much more than the Ballad it presented as originally. Really fun stuff, great melodies and a nice Rock element to give the song something a little bit extra. 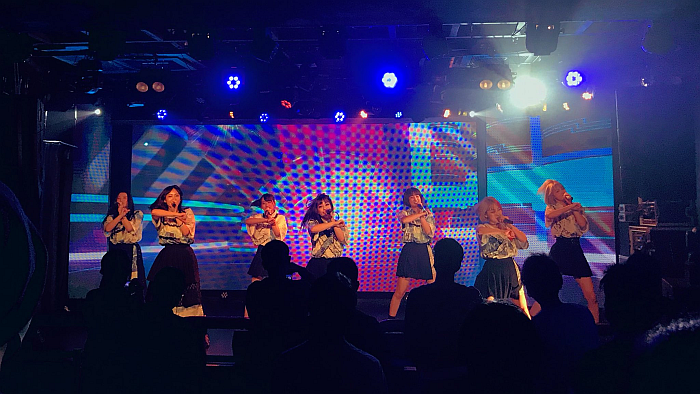 Two more rather enjoyable tracks from Merkmal Mermal here, and this release ended up offering quite a bit more than I expected coming into this article. While they’re a group that probably aren’t going to garner a ton of attention from foreign Idol fans, those that are paying attention will likely have fun with what’s on offer here.

In these still uncertain times it’s hard to really speculate on how groups are going to develop from here or what their next moves might be. That said, Merkmal Mermal have all of the tools needed to build up quite a nice following for themselves. It’ll be interesting to see how much further they’ve progressed as a group by the end of the year and hopefully we might get a new song or two in that time as well.