[Review] CYCLONISTA – WORLD IS MINE 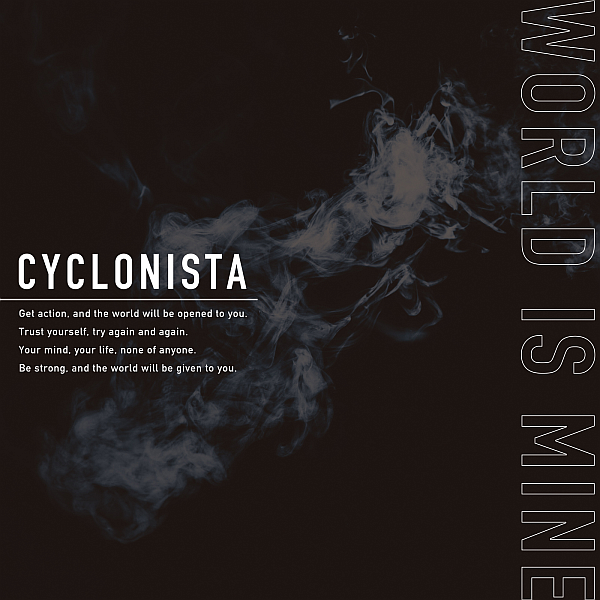 My thoughts on “WORLD IS MINE”, the first single from CYCLONISTA.

Over the past couple of months we’ve been venturing outside of the Tokyo scene a bit more when it comes to finding new groups and releases to talk about. We’ve had some from Osaka, Nagoya, Hiroshima and probably a few other places I’m forgetting right now. Part of it is due to necessity given the slowdown we experienced earlier in the year but also some of these groups have just been bringing it as far as getting their name and their music out there in 2020.

CYCLONISTA are another such group that caught my attention during my regular skim of the various sites I use to try to keep track of all of this stuff. They’re based out of Nagoya and are under the same management as EIMIE (who I should probably get around to covering on the site at some point too). The group currently consists of 4 members and they haven’t been around for terribly long, currently working their way towards their first anniversary at the end of 2020.

“WORLD IS MINE” is the group’s first widely distributed release, coming in the form of a digital single because that’s pretty much all you can do right now. I’m pretty sure the title track isn’t a Supercell cover but that’s pretty much all I’m working on coming into this review. The group’s tagline is “Make the wave, for everyone” which doesn’t really help me get a feel for what their music is going to sound like either so I really am coming in blind here. Oh well, these are usually the fun ones anyway right? Let’s hit play and see what we’ve got going on here. 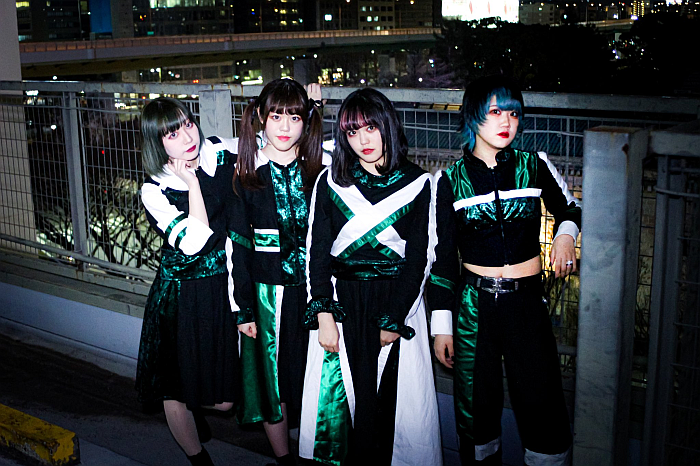 After a quick double-check to make sure the single’s title track “WORLD IS MINE” wasn’t a cover like I mentioned earlier, it’s right down to business. The track opens with this kind of mid-tempo, melancholic sounding Piano Rock instrumental that has a bit of distortion and a rather harsh I believe hi-hat component going on over the top of all of it. It’s pretty decent sounding stuff but that one element is dragging things down a little bit in my view. Quite liking the subtle piano melody though so it kinda almost evens out…almost. The vocals in the song’s verses are kinda keeping pace with the instrumental, not super energetic but also not slow and plodding either. There’s a few pretty impressive individual performances too and while not the flashiest of presentations ever you’re probably still going to have a pretty enjoyable time here. The chorus gets a bit more upbeat in tone and the lyrics have a pretty nice flow to them too, helped along by a couple of rather pleasing hooks. A highlight of the track in my personal opinion, which I suppose the chorus should be anyway right? Yeah, not a bad song here outside of a couple of little things; maybe a bit less distortion, sit the vocals a bit higher in the mix, stuff like that. Far from a deal breaker though and I can see quite a few people having a fun time with this one.

The single’s b-side “THEME SONG” is a pretty short track by today’s standards, clocking in at a hair over two and a half minutes in length. I don’t discriminate though and treat all song’s as equal. Kind of a weird start to this one in that the instrumental is super muted, like to the point that it’s there but it practically isn’t if that makes any sense when written out on paper. There’s a nice drumbeat to accompany the very raw sounding vocal performance, but the guitars and everything else sound like they’re super far away. Pretty weird. They eventually find the right volume slider on the mixing desk though and the track really comes to life in the form of a pretty energetic Punk-style song. It’s not as hard hitting as it could be sure, but the vocals have that rough around the edges feel to them and the lines are delivered in an appropriately shouty fashion while still providing some catchy hooks at the same time. That said, things do trend more melodic the longer the track goes, which is good or bad depending on your outlook I suppose. I kinda wish we’d kept a bit more of the edge but it’s an Idol song at the end of the day so it is what it is. I personally enjoyed it for the most part but if you were wanting something a bit truer to the Punk style then yeah, you’re probably feeling a bit underwhelmed by the end there. It’s a two and a half minute song at the end of the day though folks and I think my time was fairly well spent.

I’ll admit, “WORLD IS MINE” hasn’t really given me the strongest first impression of CYCLONISTA. I definitely heard some things that I liked and thought were interesting but at the same time I also heard a few things that didn’t really appeal to me so much too. “Middle of the road” seems a bit harsh but that’s kind of where I’m at on this one after my first handful of plays.

That said, there’s definitely potential here and I’m interested to see how things progress for this group over the next however many months. One digital single really isn’t enough to judge anyone on fairly so hopefully they can get a few more releases under the belt and I can get a better idea of what CYCLONISTA are all about than this one initial offering can provide. Definitely worth keeping an eye on if you enjoy idol groups with a Rock sort of sound to them though.

Enjoy the content? Consider supporting the site on Ko-Fi for as little as £1.
CYCLONISTAsingle reviewTop Athlete Records
0 comment
FacebookTwitterTumblrRedditEmail