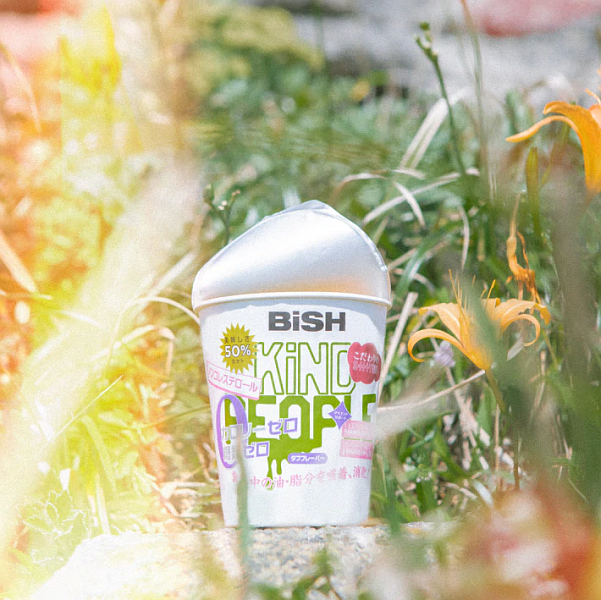 My thoughts on “KiND PEOPLE / Rhythm”, the latest single from BiSH.

I doubt that it will come as a surprise to most people, but I like to keep a list of releases that I’m planning to review. It makes it easier to keep track of things and I can just open it up and pick something off of the virtual stack whenever the mood strikes me. Sometimes it’s tough though and I end up putting off writing something up for one reason or another. Maybe it’s a 15 track album, maybe there’s more important reviews that I need to get out there…or maybe I’m just dreading having to write about it.

It’s no secret that I haven’t been much of a fan of BiSH’s musical output in 2019. Their only release up until the one I’m reviewing today has been their third major album “CARROTS AND STiCKS” (review here) and to be blunt it’s probably one of the most disappointing things I’ve heard in a long time and certainly in 2019. I was of course met with incredulity over my opinion, told by people that they loved how “brickwalled” the tracks were and how “big” the “sonics” sounded. At least I learned a few new words from the experience I suppose.

Well BiSH did eventually get around to putting out their first single of 2019 and their sixth major one overall. As best I can tell neither of the tracks featured are being used as a tie-up with any television show, movie, video game, product, etc so…maybe they’ll be good? I’m honestly not sure what to think at this point. All of the WACK groups seem to be on this fuzzy, distorted kick right now so more of the same perhaps? Or maybe Matsukuma Kenta got it all out of his system on the album and we’ll get something new here! I suppose there’s only one way to know for sure.

Lead track “KiND PEOPLE” gets off to a fairly interesting start with a mildly Math-y, Indie Rock style instrumental being the composition of choice. Something a bit different, which is nice to hear, and I really rather enjoyed all of the little riffs coming from the guitars and the sort of click track sounding beat that was working underneath them. There’s a bit of distortion sure, but it’s used more to give the song a feeling of warmth than to just blow everything out in a way that would be very inappropriate and out of place for a song in this type of style. Things do go a bit in that direction during the chorus, where the song goes off in this soaring, mildly orchestral sounding direction which I dunno, kinda took me out of it a little bit. The increase in overall energy in the song after the first instance of this was pretty good though and it does settle a bit before we hit the last minute or so and the build to the climax begins. Vocally I definitely liked how things started off, nice clean stuff that isn’t being messed around with too much although the lyrical content isn’t perhaps the most catchy. They didn’t completely drown out the vocals in the chorus to their credit and it was reasonably catchy too so it’s more of a thumbs up than a thumbs down there too. Not a bad song at all, and certainly much better than the vast majority of the ones on “CARROTS AND STiCKS”.

The second song in this double a-side configuration is “Rhythm” and if you like it when BiSH bust out the orchestra and get a bit more classy then chances are you’re probably going to enjoy this track quite a bit. Off to a good start with a very nice piano piece accompanying some equally lovely clean, natural sounding vocals which especially these days are something I will gladly take from a BiSH song…or any WACK song honestly. Drums are slowly brought into the composition, along with I guess either keyboard or synthesizer for a bit of background ambience. Then the chorus hits and in come the guitars and much more pronounced drumbeat while the vocals are let off the leash and the power and emotion comes flowing out. I do kinda feel like Aina is trying to do too much here personally or maybe it’s just the treatment the vocals got in post for this part. It just sounds a little shaky to my ear and I can’t help but worry a little if it is actually a physical issue as opposed to a production one. It’s perhaps telling that she only has this role on one of the choruses. Outside of that though, no major complaints from me on this one honestly. It’s not really the sort of thing I’m all that into but it’s an objectively good song and I’m not going to sit here and trying to say otherwise.

Well, this single didn’t end up being anything close to what I was expecting. In a mostly good way, though “KiND PEOPLE” did have a few moments that I didn’t particularly care for and it kinda knocked the shine off of what was otherwise a pretty enjoyable song for me. “Rhythm” also had a few things, mainly in the vocal department, that I thought hurt it a little but outside of the choruses it’s a really nice song with some great instrumentals.

I’m still very skeptical, but this single has given me some slight cautious optimism that BiSH and perhaps WACK in general may be turning a corner and the past year or so can all just be one fuzzy, distorted nightmare that I might finally be able to wake up from. We’ll see though, it is only one single after all. I’m willing to give them a chance though because unlike what some might have you believe, I do actually want to enjoy the music that WACK releases. Let’s hope I can do more of that in 2020.

Enjoy the content? Consider supporting the site on Patreon for as little as $1 a month.
avex traxBiSHsingle review
0 comment
FacebookTwitterTumblrRedditEmail