While codomomental as a whole has been very interesting to observe in 2019 as far as group dynamics, line-up changes and so on are concerned it’s Kaqriyo Terror Architect whose progress that I’ve been most interested in. Or should I say KAQRIYOTERROR as the group is now going by, just one of several fairly significant changes that the group has undergone in just the past couple of months. What can I say, there’s always some kind of upheaval going on when it comes to the groups under this agency’s umbrella.

Besides the name change, the group also welcomes two new members in Noa Rondo and DKI (Doki) to bring the line-up up to five people. Both distinct for their own reasons, DKI in particular due to her well above average height, this really feels like the start of a new era for the group. It especially feels that way as none of what many consider to be the founding line-up remain with the group, so perhaps the name change also had a little bit to do with that as well. Don’t worry though they’re still playing all of the old hits, for the time being anyway.

A new era does require some new music however, and that’s what I’m going to be talking about here today. “lilithpride” is KAQRIYOTERROR’s first single…well, technically anyway. It’s the group’s fourth if we’re continuing the lineage but let’s not dwell on that though. That said, the new group name, calling this the first single and all that stuff really does make me wonder what this is going to sound like. Will it be the like the KTA of old or will we hear some new styles that play to the strengths of this new crop of girls. There’s two songs here so let’s give them a spin and find out.

The single’s title track “lilithpride” opens with a kind of Digital Hardcore inspired instrumental arrangement. Undulating synthesizers, a thumping drumbeat and a thick slathering of distortion, you know how these things go by now. It’s pretty effective at catching the ear and I like this style music well enough so off to a pretty start. The vocals make an appearance after a little bit and they’re pretty vocoded which is to be expected on a song like this, it sort of sounds like they’re trying to artificially replicate Nonamera’s vocal style so make of that what you will. The delivery has this Rap sort of flow to it which is fine I guess, though at this point in my Idol listening career I do feel like I’ve heard this one too many times before. The chorus ups the energy a considerable amount and the vocals take on a more melodic tone which definitely freshened things up a bit. The beat here is also pretty infectious and the lyrics are catchy enough to keep things bouncing along at a nice tempo. The Rap parts fade away as the song progresses which is a good or bad thing depending on your tastes, instead being replaced by that signature just under the surface unhinged vibe that KT(A) songs have featured in the past. There’s even a tiny bit of harsh vocals thrown in too which was cool. A pretty decent first outing from this new line-up though I can’t help be feel the song is missing something. I can’t quite put my finger on it though.

Only one b-side features on this single and it’s a new song too, which makes a nice change from recent codomomental single output. “SOS” gets things going with a pretty darn catchy synthesizer melody and a great beat before settling into something that isn’t far off from the sound of the KTA of old. A lot of the vocal calling cards are here, from the trademark whispering to the higher pitched vocal work that doesn’t quite live up to past talent but comes pretty close to matching it. There’s a wide range of vocal styles on this song which definitely helps to make the brighter, Poppier choruses hit harder and the darker sounding verses to complement the rather dense instrumental that’s backing everything. Very much on theme so thumbs up for that. Getting back around to the instrumental and it’s a little bit hit and miss for me personally. The synthesizer melody that I mentioned previous makes regular appearances which is awesome but sometimes things feel like they lack a bit of definition. Specifically the low synth tones and the reverb that’s added to them kind of just make for this muddy sound that ends up just being filler for the drums and guitar to fight their way through. It does let the vocals have a lot of room to work though and they’re what carry much of this song along with that really catchy synthesizer melody. “SOS” is definitely a fun song for sure but I wouldn’t have minded if they’d tightened it up a little bit. 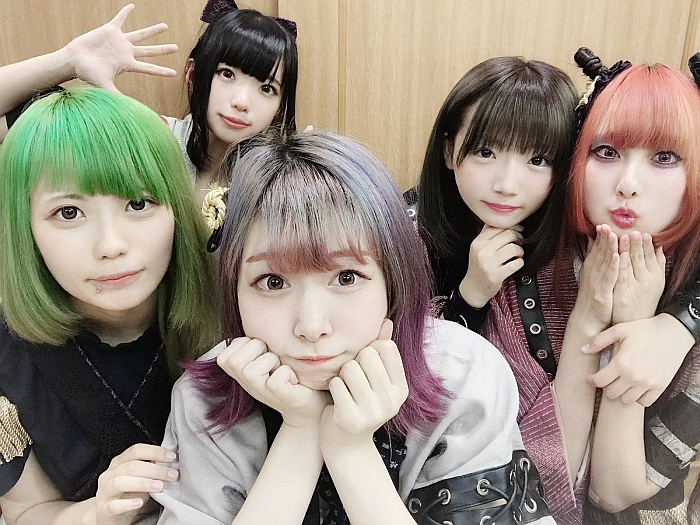 “lilithpride” is a pretty fun single though it’s fair to say that KT/KTA have had better previously. That said, considering this is a totally different line-up I think they’ve done a pretty stellar job here. There’s definitely some stuff to work on for future releases but as a starting point it’s definitely not the worst position to be in. I think I probably liked the b-side more than the title track but if you’re already a fan I think you’ll find plenty to enjoy here.

I suppose the question now is where do we go from here? Well, if it’s anything like KAQRIYOTERROR’s sister groups I would imagine that some kind of re-record album is coming in the not too distant future. Can’t say that excites me terribly but I suppose in this case it’s probably warranted. In any case, I’m interested to see how the group develops over the next year or so and hopefully we’re past any major line-up changes for the foreseeable future. That’d be nice.

Enjoy the content? Consider supporting the site on Patreon for as little as $1 a month.
codomomental incKAQRIYOTERRORsingle review
0 comment
FacebookTwitterTumblrRedditEmail