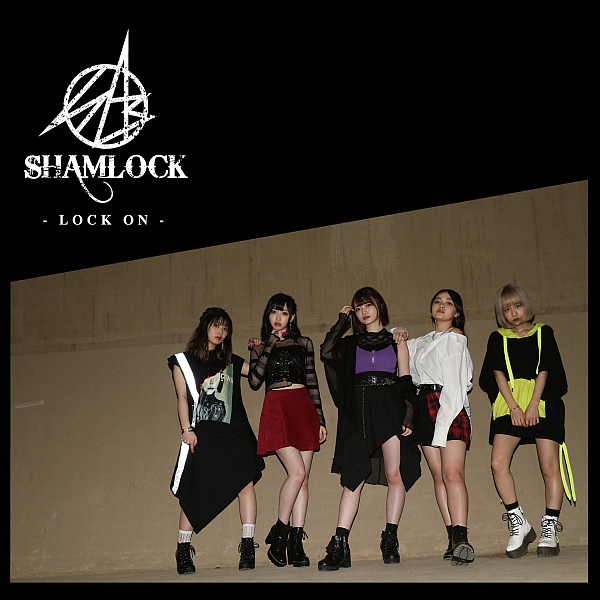 My thoughts on “LOCK ON”, the debut single from SHAMLOCK.

2019 has been a pretty brutal year in terms of groups just up and ceasing to exist. Lots of favorites aren’t around anymore and it sucks, but that’s just how Idol do folks. Having said that, for all 2019 hath taken away it has been fairly bountiful in the new groups that have come along to potentially fill the gaping voids in our hearts. Well, that’s my somewhat optimistic take on the situation anyway. It also gives me an excuse to write about some new stuff too so that’s cool too.

SHAMLOCK (yep, that’s how they’re spelling it) are one such new group who have recently appeared on the scene. They’re billed as a “Girls Rock Vocal Group” but come on, we all know what it is. I’m not here to split hairs though. They’re signed to Universal Music Japan so they’re already well on their way and seem to have quite a decent following despite only having been around for a few months up to this point. If you’re looking for an underdog to root for then this ain’t it folks.

“LOCK ON” is the group’s debut single and it looks to offer 3 tracks which will hopefully give us a pretty good idea of what they’re going for with this group. Rock would appear to be the focus given the group’s description, but that’s a fairly wide ranging genre of music so I imagine we’ll get a good amount of variety. Well, I hope we will at least though I have to admit I just plucked this release off of the stack and haven’t really looked too deeply into it yet. Maybe it’s time I do that now though, so feel free to join me and maybe we can all find out what SHAMLOCK are all about together. How does that sound?

After a very short but pleasant opening segment that features some quite lovely piano playing as an accompaniment to equally nice vocals, title track “LOCK ON” gets down to business. The instrumental occupies this somewhat odd space that’s somewhere between Rock and Digital Hardcore, with synthesizers playing a significant but not dominant role in things. It’s a fairly decent instrumental, but there’s something about it that just feels a bit off. I almost feel like there isn’t enough bass, making things feel kinda flat and undefined as a result. Granted there are moments where the guitars get a bit too muddy as well so the bass definitely doesn’t take all of the blame. I might be way off on that but it’s the best I can come up with right now. Vocally the song is also fairly strong, featuring your typical Rock style of delivery for much of the track, though there are several moments that feature some very nice lower, smokier notes that I found to be particularly enjoyable. On the flip side, the English lyric Rap part isn’t something I was particularly fond of even if the English itself was on point for the most part. It just didn’t flow very well and yeah, I get what they were going for but I think it missed the mark by quite a ways. An alright song but it definitely has a few issues in my opinion.

“WAKE UP” ditches the synthesizers for a more traditional style of instrumental that blends Rock with just a little hint of Metal. I could take or leave the synthesizers in the previous song so I don’t really miss them that much here, though some people might. Bit of a weird mix on this song from what I can hear, with the vocals been pushed pretty far to the front and the instrumental is left sounding a bit far away at times. Granted I could just be struggling to hear the lead guitar as the drums and heavily distorted rhythm and bass riffs are doing their best to smother it. Again, there’s times when the instrumental starts to lose its shape though during the calmer moments of the song it does sound quite good. Instrumental aside, I feel like the vocal performance is much stronger on this track overall and SHAMLOCK definitely nailed that quintessential Rock style. The chorus is fairly catchy which is another plus, though it’s not really reinventing the wheel. I’m 50/50 on the “WAKE UP” gang vocal stuff but I think it does give a little extra something to the song and hey, at least they didn’t go back to the well on that English vocal Rap part for this one. Things got off to a shaky start but this track is a lot more solid, though it is fairly safe.

In total contrast to “WAKE UP”, “BREAK IT DOWN” opts to make use of piano as the song gets underway. Another quite lovely but much too short calming moment gets slowly infringed upon by guitar and drums before a very loud “BREAK IT DOWN” in English signals that the song truly has begun. To be fair, I do really like the treatment that the vocals in the verses that followed got but I’d be lying if the occasional English lines they sprinkle in didn’t take me out of it a bit. They just didn’t sound natural at all to me and I don’t really see the point to them outside of being able to flex and be like “Yeah, one of our girls knows English”. I’m probably being too harsh there, but outside of that this is the best vocal/lyrical work on the single. Love the delivery on most of the verses and the chorus is by far and away the catchiest out of all of the songs I’ve heard from this group so far. The instrumental is also pretty good, but it does suffer from similar issues to what I mentioned on the previous tracks. It’s weird but whoever produced this song I guess both didn’t want the instrumental distracting from the vocals but at the same time mixed everything so there are several points where they get a little too close for comfort when a line is being delivered. Far from being the worst example of it from these three songs but I’m still left scratching my head. This song is probably my pick of the bunch though if anyone was keeping score at home.

I think I can safely file this single under “Hit and Miss” and feel fairly justified in doing so. There’s definitely potential there but there’s a few production or stylistic decisions that I think are holding things back and if English vocals are going to be a calling card then their placement needs to feel a bit more natural. Couple this with there being so many great examples of this style of Rock music and it’s hard to recommend this CD over a multitude of other options.

Like I said though, there’s definitely potential here. This is after all SHAMLOCK’s first single and just because they’re signed to a big label doesn’t really mean they, or anybody else is going to be the finished article right out of the gate. They’re definitely I group I’m going to keep my eye on, and I think anyone who enjoys this style of music should too. Heck, maybe my option just totally sucks and you’re all going to love them. Either way, you should give this single a spin or two and form your own opinion on it. Like you should with everything I write about.

Enjoy the content? Consider supporting the site on Patreon for as little as $1 a month.
SHAMLOCKSHAMLOCK RECORDSsingle review
0 comment
FacebookTwitterTumblrRedditEmail