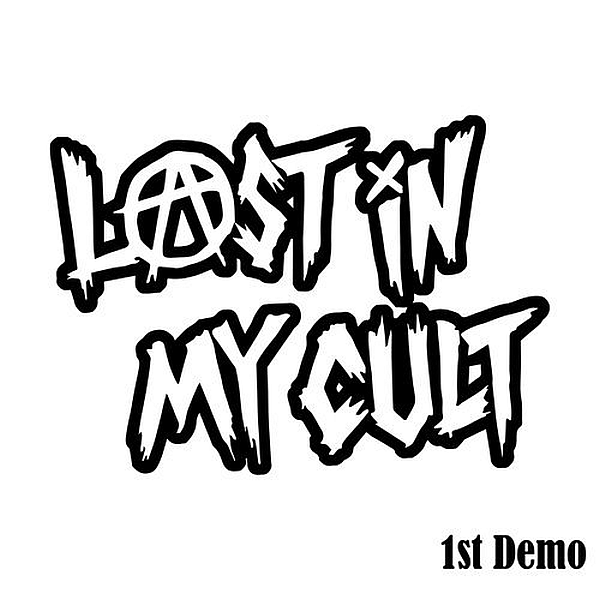 My thoughts on “1st Demo”, the first release from LAST IN MY CULT.

What’s that you say? You want even more reviews of releases from new groups? I’m telling you man, I’m going to have to start featuring some of the more well known stuff just to balance things out at this rate. I suppose that for all that 2019 has taken away from us thus far it has also given us a decent amount of interesting new groups to follow. Not that it’s likely to make the pain of one of your favorite groups disbanding or your favorite idol graduating any less, but it’s the thought that counts right?

This week’s new kids on the block are LAST IN MY CULT. They’re a 6 member group who are managed and produced by BABYTRACKS who are probably most well known for also being behind BLACKNAZARENE. The group also features a former member of Yamitsuki Company in Katsuki. The thing that caught my attention the most though is that this group are being promoted as a Punk Idol group. Anyone who knows me knows that I’m rather partial to a bit of Punk music so if I hear there’s a new Idol group doing some Punk tunes I’ve gotta check them out.

The most important thing everyone, myself included, needs to realize when coming into this review is that this is a demo CD. It’s probably going to be a bit rough around the edges, which is fine for Punk music but my point remains. We’ve all got to temper our expectations a bit because the group is also still pretty new, having only had their debut live like maybe 2 months ago. Who knows though, maybe I’ll be blown away by some of these songs and LAST IN MY CULT will gain a new fan (or two/three/four) by the end of this. Let’s take a listen and see what we’re working with here.

“The Brilliant Beginners” kicks things off with a very old timey opening instrumental that sounds like its been ripped straight out of a 60s TV commercial. It’s a pretty relaxing little jingle that is suddenly crushed under the weight of this song’s real instrumental. The thundering drumbeat provides most of the substance on this track and sets a blistering tempo that should be expected from a Punk song. The guitar work follows the trusted formula of using a few simple and repetitive chords but with a few moments of flair every so often to break things up a bit. The vocals are a little bit rough around the edges and could probably be mixed a bit better but this is both a Punk song and a demo so how much are we really expecting here. There’s a lot of potential here that’s for sure and I did like the melodic element that they added to the song. Pretty short by Idol standards at bang on 2 minutes long but this is the Punk way of doing things and I think LAST IN MY CULT did pretty well for a first impression.

Second track “Escape” is kind of interesting because to me this isn’t what I think of when somebody says Punk music. The main guitar riff is definitely influenced by the genre and is really good at both driving the song and being decently catchy, which it should be. The drumming is along similar lines to the opening track, high tempo and very present in the mix which is fine but I’m hoping for a bit more variety from the rest of the songs. It’s not bad by any stretch, especially for a demo from a new group but two similar songs back to back is a bit, yeah. I suppose what threw me off the most about the song was the chorus mainly, it’s very…is Power Metal the right genre I’m thinking of? Well, hopefully you get what I mean anyway. Some of these girls can really sing though which is definitely a plus and the lyrics are pretty catchy once again here. The main thing is that it’s not really what I expected from this group but at the same time it’s not like I hate it either.

“Punk or Punk” is the…question(?) that this demo’s third track asks us so I suppose the answer has to be a resounding Punk. They definitely changed things up in a big way on this track, with a slightly less intense drumbeat allowing for all manner of interesting guitar riffs to get a bit more of the spotlight in the instrumental. There’s even somewhat of a bass solo in the middle of the song which I thought was a rather interesting touch. The song is still pretty thrashy and has some great energy though, so nothing to worry about on that front at least. The vocals are delivered in a variety of different styles which worked out pretty well, and I was pleasantly surprised at how well they managed to pull off that fast talking style that is an aspect of quit a few Punk bands’ style. Also a good amount of “woahs” here too so you’ve even got an element of crowd participation going on. I can definitely see this song being popular at live shows. 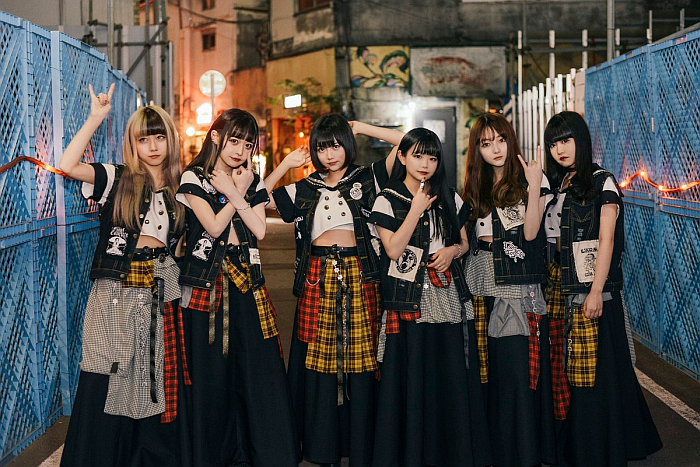 Clocking in at a little over 4 minutes, “Sonatine” is by far the longest song on this demo CD. Given the theme of the group and Punk’s tendencies for songs that get in, say what they need to say and get out, I was quite curious to hear what this song was going to entail. Turns out we’re actually getting somewhat of a Ballad out of LAST IN MY CULT. I say somewhat because this definitely isn’t a Ballad in the typical Idol sense, it’s more of a really emotive Rock song. Think those hopeful, almost inspirational sounding Rock songs that bands like SCANDAL would have done maybe 3 or 4 years ago. Fairly middle of the road as far as tempo goes and without much of the intensity heard from this CD’s previous song. Despite being pretty far from a Punk song, this is actually really good which is great if you just enjoy good music but if you’re specifically looking for Punk songs you’re probably going to be scratching your head over this one. I think it’s genuinely great though.

“Coast Is Clear” closes things out on a bit more of a Pop Punk note than anything else we’ve heard from LAST IN MY CULT thus far. I quite enjoy a bit of Pop Punk so this song’s bright and energetic mood is definitely something that I can appreciate. I wouldn’t have minded a bit more definition in the drumming during the verses but the guitar riffs distract from that enough that it’s not that big of a deal I suppose. The instrumental is pretty good but a slightly stronger hook or something wouldn’t hurt it that much in my opinion. The vocals are decently catchy and I think the members sang pretty well together when the song called for it and they also put in some good solo performances too so we got to hear a bit of everything on this one. Once again I wouldn’t have minded some slightly stronger hooks or maybe a more interesting chorus but that’s just me always wanting more. This is still a nice song and a fitting note to end things off on.

It’s kind of difficult to judge something that is very openly being described as a demo by all involved. That being said, if this is just a demo then I can’t wait to hear a full release because what we got here is pretty darn good. A decent variety of Punk styles with a few other genres mixed in too. The vocals and mixing probably need a little bit of work but again, this is a demo by a group that literally just debuted so we can allow that I think.

As far as first impressions go, LAST IN MY CULT have made a very good one on both me and a lot of other people that I’ve seen discussing this release online in the weeks since it came out. They’re absolutely going to be a group to watch in 2019 and I’m definitely looking forward to seeing how things develop for them between now and the end of the year. More songs please!

Enjoy the content? Consider supporting the site on Patreon for as little as $1 a month.
BABYTRACKSLAST IN MY CULTMini-Album Review
0 comment
FacebookTwitterTumblrRedditEmail