[Review] BiS – Against the Pain 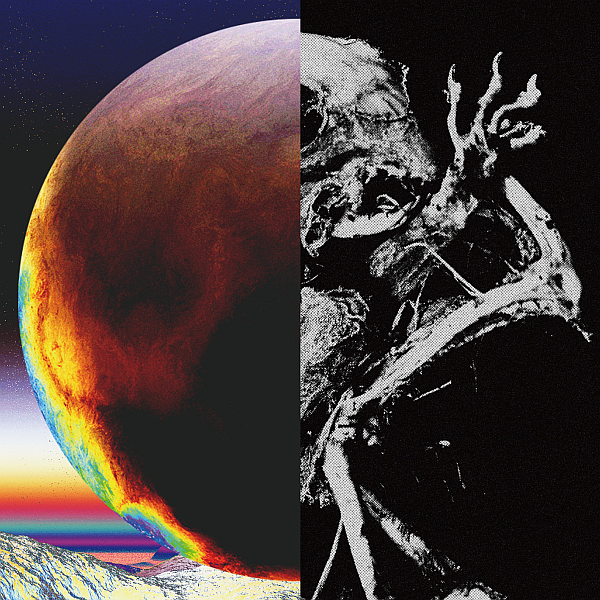 My thoughts on “Against the Pain”, the most recent single from BiS1st/BiS2nd.

Its been a little while since we’ve heard new music coming out of the BiS camp, especially considering this review is coming your way at least a month after this particular single released. It’s not all on me though, they’ve been all over Japan these past few months on a 47 prefecture tour which seems to be the hip thing to do, if you’re an Idol group who can afford to do so anyway. Not a whole lot of time to be recording and promoting new music while all of that is going on I guess.

In case you were wondering, they’re still very much committed to this whole BiS1st and BiS2nd gimmick that they’ve been running with for a while now. More versions, more money and especially so if you include voting codes for another round of the BiS.LEAGUE like they’ve done here. I dunno about the rest of you but the whole BiS.LEAGUE thing has kinda lost its luster with me. It was a funny rip-off of the whole AKB48 election thing the first time they did it but now it doesn’t really feel as special or that is has as much meaning. Maybe that’s just me though.

I’ve heard the title track “Against the Pain” a decent amount because I guess a lot of places were playing it while I was in Japan. I haven’t really compared the BiS1st and BiS2nd versions too closely though so that’ll be interesting. I’m more of a BiS2nd guy myself, at least with the current line-up anyway, mainly because they’re a bit more rough around the edges and have a bit more personality and color than their counterparts. Still, I’m interested to hear what each group has done with the vocals for both of the tracks on the single so let’s just get right into it and check them out.

We start things off with our a-side “Against the Pain”, which is probably something to do with what you and your wallet are doing/feeling after dropping some fat stacks on BiS.LEAGUE voting codes. You all love my jokes, I know you do. This song clocks in at over 5 minutes in length so at least you’re getting your money’s worth I guess. It opens with a rather pleasant piano/synthesizer arrangement that gets to do its thing for a little while before they bring in some guitar and drums to flesh things out a bit more. I’m kinda torn on the instrumental because on the one hand I really like the fuzzy, distorted guitar but on the other hand it’s kinda getting in the way of what sounds like some really cool piano melodies. You do hear it a lot more clearly when the members get their solo parts so it’s not all bad though. When it comes to the vocals it’s pretty clear that this song is supposed to be a Ballad of sorts though they do try to obscure it with the instrumental quite a bit. I admit I wasn’t exactly sold on this song initially but the lead-in to the chorus where they say “heartbreak” and coming out of it with “against the pain” were some unlikely but surprisingly catchy moments. Maybe it also helped that this song was played pretty much every night I went out to eat at Torikizoku after a live. Both versions of the song are pretty much the same save for the vocal track of which I preferred the BiS2nd rendition. It was a bit more raw which made it feel like it had more color and passion to it, or I’m probably just being bias. You be the judge.

Like pretty much every BiS single in recent memory, we only get one b-side here folks. I honestly couldn’t tell you what “YPP” is supposed to stand for, but I do know that the lyrics were apparently penned by Kika which is cool. I’m always interested in songs where the members have creative input because it usually means it’ll stray from the Matsukuma Kenta mold a little and this song is no exception. We leave the synthesizers at home for the most part, trading them in in favor of an incredibly uptempo Rock instrumental which takes quite a few cues from both Pop and Punk to make for a really fun composition. Something that has been a little lacking from BiS as of late in my opinion. This is definitely a song written with creating a party atmosphere in mind and a nice contrast to the single’s more poised and emotive a-side. The vocals on this song are fairly straightforward and repetitive, which is fair enough given both the style of the song and what I would presume to be Kika’s relative inexperience when it comes to writing lyrics. She still managed to come up with a punchy and fairly catchy song so good for her though it is a bit all over the place at times but I think that’s by design…probably. I’m not really sure which version I prefer in all honesty. I liked the BiS1st version because the vocals felt like they had more power behind them but the BiS2nd version was once again a lot more colorful and the more varied vocals gave the song a different dimension. Couldn’t we just combine both versions or something?

On the whole this was a pretty interesting single from BiS. You had two song with very distinct styles and each trying to appeal to widely different tastes. I liked quite a lot of what I heard from both songs although they weren’t without faults, in my opinion anyway. In each case I was once again left wondering how the song would sound if it just had the full line-up and it wasn’t split in half. Money talks though so I doubt I’ll be hearing that any time soon. Not a bad single at all but there’s definitely things I would have liked to have seen done differently.

By the time you’re reading this the results of the most recent BiS.LEAGUE are probably close to coming out. That means we’re in all likelihood going to have two new BiS line-ups to be excited or disappointed by. I honestly haven’t been following any of it but I guess I hope that it maybe somehow balances the line-ups out a bit. I’m probably hoping for far too much there and it’s not like I’m going to hear either group before the next BiS CD comes out anyway. Speaking of which, don’t make us way too long for that yeah?

Enjoy the content? Consider supporting the site on Patreon for as little as $1 a month.
brand-new idol societyCrown Recordssingle review
0 comment
FacebookTwitterTumblrRedditEmail