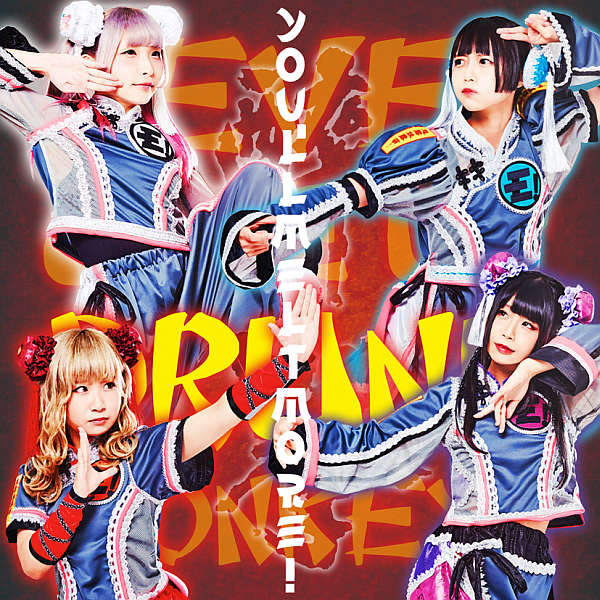 My thoughts on “NEVER GIVE UP DRUNK MONKEYS”, the latest EP from You’ll Melt More!

I believe I said this the last time I reviewed something from You’ll Melt More!, but 2018 really has been a fairly laid back year for them when it comes to producing new music. Of course they release their “HIPPY MONDAYS EP” (review here) and a “Best Of” album in “Ongaku yo Maware!! Music Go Round -Yuru Best!-” but that’s been it from the veteran group up until the release of the new EP that I’m going to be writing about here today. Not saying there’s anything wrong with that, just a casual observation from a guy with a keyboard.

So You’ll Melt More! are back with their second “new” release of the year in “NEVER GIVE UP DRUNK MONKEYS EP”. I’m sure the jacket cover is problematic on some level but the moral arbiters of the internet have probably made their judgement already so let’s leave it at that. That being said it seems there’s a bit of a Kung Fu theme going on here, perhaps even a bit of the old drunken master trope too. Perhaps that’s why You’ll Melt More! haven’t been putting out too much new material this year. Heh, I crack myself up sometimes.

Coming in, my expectations are a mix of “I have no idea” and…tempered. If you’ve read any of my recent You’ll Melt More! reviews you’ll know that they haven’t exactly been hitting it out of the park for me lately. That being said, I still usually find something cool to get excited about on their releases and they’ve been known to have a moment of brilliance or two from time to time. I guess I just hope that the songs match the fun of the jacket art in some way, shape or form. Guess there’s only one way to find out if they do or not though, right?

So we kick things off with “Never Give Up Suiken”…which is what I’m pretty sure the Japanese version romanizes to anyway. They went with “Never Give Up Drunk Monkeys” for the English iTunes/Spotify/etc release oddly enough. Anyway, things get off to quite a catchy start with an almost Indie Pop instrumental accompanying the usual overly exaggerated vocal delivery that You’ll Melt More! are well known for by now. That instrumental pretty much persists for the rest of the song which is a bit different to what you normally expect from You’ll Melt More! but I thought it was pretty cool. Though I did kinda feel like the song might be building up to something a little more energetic than what we ended up with in reality, that being a fairly mid-tempo although rather quirky song. There’s plenty going on vocally to keep your interest though, be it the aforementioned overly exaggerated delivery or the Rap breakdown of sorts that comes in about midway through. The chorus falls kinda flat for me though, I kinda see what they were trying to go for with it being more straight laced than everything else, but it ended up just sounding like your average Ballad type thing. Not bad compared to several recent efforts though.

Next up is “Dahlia”, the name given to a genus of brightly colored flowers of Mexican origin. Bright and colorful would certainly be an apt description of this song’s instrumental, although I’m sorry to say that there doesn’t appear to be any sign of any Mexican flair. No, this song’s instrumental reminds me of the kind of Pop Rock that groups like SILENT SIREN are famous for; very bright sounding, uptempo and with just a dash of synthesizer to add even more sparkle. Probably not what most people are expecting from a You’ll Melt More! song but that’s what we’re getting with this one. The vocals are also sung in a much more conventional style, with quite a bit of harmonizing and nowhere near as much over exaggeration in the way things are delivered. It’s quite the catchy song I must say, definitely one of my more favorite offerings from You’ll Melt More! of late. One critique would be that, at least to me, there are a couple of places where things maybe get a bit too blown out. I’m talking about the chorus mainly I suppose but apart from that this is a really enjoyable song and I highly recommend checking it out.

We then round things out with “Inochi Atte no Mono Dane” which for those who are interested is, I believe, a Japanese proverb meaning “Life is the source of all things”. That’s some pretty deep stuff right there. So the song itself starts off with a pretty fun sounding guitar riff, almost summery in a way, and a solid tempo being created by the drumbeats. Unfortunately this ends up being only a minor part of the song which does eventually take on a more sentimental Ballad style as things get going. It suffers from similar problems as “Dahlia” but on a larger scale in that, at least to me, a lot of the instrumental sounds pretty blown out, which I know is likely an artistic choice but it’s not something I would personally do if I had even a fraction of the talent as a composer. The vocals are pretty catchy as far as this style of song normally goes, but they do spend rather a lot of the song just repeating “Inochi” over and over again which it kinda works but I did find my concentration starting to drift after a while. Far from the worst You’ll Melt More! song I’ve ever heard but out of the 3 featured here this is the least likely to see repeated plays. 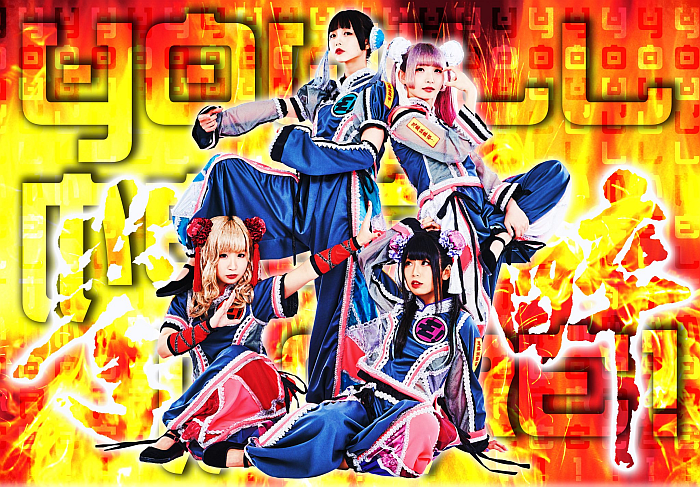 While this EP probably won’t sound like what most people’s idea of a You’ll Melt More! CD should sound like, I have to say that I did enjoy it quite a bit. I’m pretty big into Japanese Indie Pop/Rock these days so I definitely heard some pretty cool stuff out of these songs. Sure there were some things I didn’t particularly care for but compared to some of the recent You’ll Melt More! output I have to say that this release was pretty good.

That’s probably going to be it for You’ll Melt More! as far as new music goes in 2018. They’re out on tour now promoting this EP until January so don’t expect to hear anything new from them until the spring. Don’t worry though, I’m sure their next release will also be another unexpected, colorful and possibly even a little wacky experience.