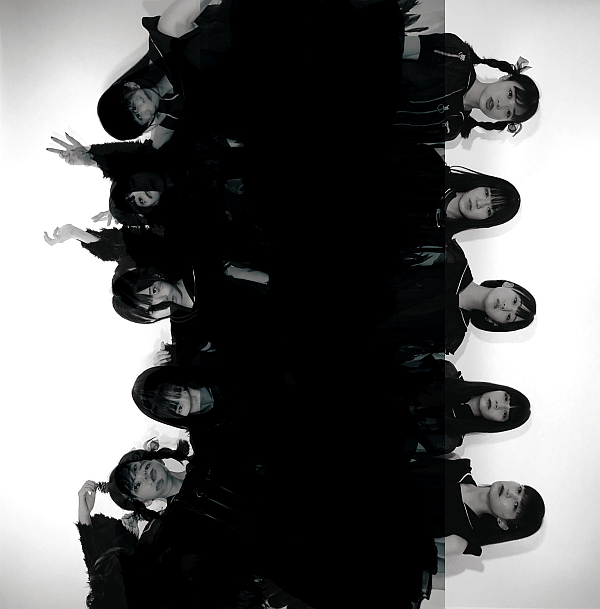 Welcome to another edition of “Garry is going on vacation and really needs content to hold him over until he gets back!”. Man that’s really not one of my better opening lines is it? Well, it’s partly true because if I’m honest I probably wouldn’t be writing about this particular single otherwise but the more I think about it, why shouldn’t I? Sure I don’t follow the group or their music that closely but maybe an outside perspective could be fun right? Or more likely I’ll just annoy a bunch of people with my opinions.

Speaking of the group, that of course is THERE THERE THERES, FKA Bellring Shoujo Heart if you’ve been around long enough to know them by that name like I have. The group has been around for a long time in various configurations, but have remained pretty popular in the Western fandom and their distinct feathered costumes are only one of the group’s unique selling points. The other main one being their perhaps less than conventional choice in music genres.

THERE THERE THERES’s sound can be broadly described as Rock music however that is typically only the basis for their songs, into which they weave much more dramatic themes. Their performances all feel very theatrical in nature and this is reflected in the vocals which are never really sung in what you could describe as a traditional Idol fashion. I think I’ve done my best with this intro and if I haven’t made you click off or get angry at my description of TTT’s music then hopefully you’ll stick around and check out the rest of the review.

If any of you were hoping that I’d be able to shed some light on why exactly THERE THERE THERES named this single’s a-side “Snacky” I’m afraid you’re going to be disappointed. What I will say though is that I’m not sure this cute, kinda fun title really fits with the actual content of the song. The tone gets set very early on just by listening to how the guitar chords sound as the song’s main riff gets things started. It’s pretty much what you’d expect from THERE THERE THERES, if you expect a slightly off-kilter, melancholic Rock song anyway. I quite like that main riff as it happens and the way they incorporated what I’m assuming is a synthesized string section as the song really got into gear was also pretty cool and added an extra element to the song that maybe another group wouldn’t have thought to do. While I think the instrumental is awesome, it’s vocally where I’m not really sure how I feel. On the one hand I’ve never really been big into how THERE THERE THERES sound in the studio and often their lyrics don’t really grab my attention so well. However I’d be lying if I said I wasn’t humming along to the chorus of “Snacky” after a couple of listens. It’s a grower, let’s go with that.

For the b-side we have the song “dignity”, a word that brings to mind many thoughts about a whole host of topics both related and unrelated to the Idol fandom. All of them would likely get me in trouble though so let’s move on. This song is pretty different to “Snacky” in style and that is apparent right from the off as the song opens with a really thick bass line and guitar riffs to match, couple with…I don’t know what they’re using for the ticking sound but it sounds cool. Most of this song is a fun foot stomper but it does have its lighter moments too, mainly when the girls are singing which kinda makes sense when you think about it. Speaking of the vocals, I definitely feel like I enjoyed what they did with “Snacky” more than this song. I did kinda dig how all the members got their own chance to shine, for better or worse as the case may be. While I might have enjoyed the vocals on “Snacky” more, this song definitely had the more enjoyable instrumental. Not bad for someone who isn’t usually that into THERE THERE THERES right?

I have to say that in a lot of ways I was pleasantly surprised by this single. Sure it didn’t blow my hair back or anything, but there was definitely some pretty cool stuff to pick from the two tracks that were included. I’ve likely done a woefully inadequate job of communicating these things due to me not following THERE THERE THERES enough but I gave it a decent attempt hopefully.

In all seriousness though, I’m actually kinda looking forward to this upcoming THERE THERE THERES album now. I don’t know if I’ll review it or not, but if you’d like to see that then please do let me know. Heck, maybe I’ll even go see a THERE THERE THERES live while I’m out here. If they’ll have me anyway.