[Review] PassCode – Tonight / Taking you out 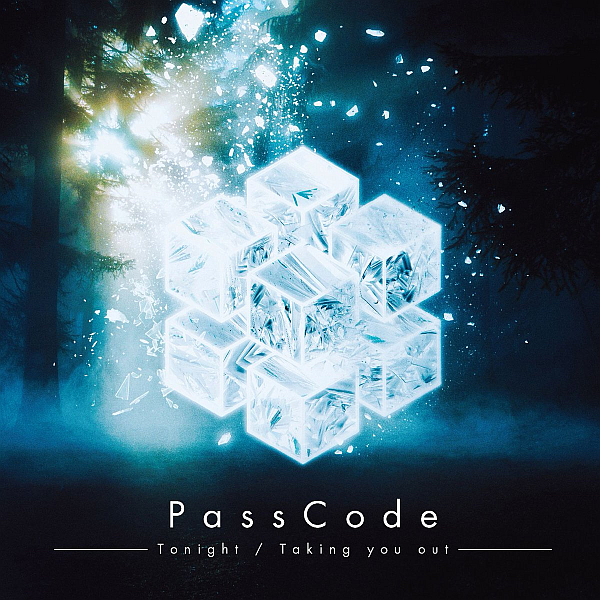 My thoughts on “Tonight / Taking you out”, the latest single from PassCode.

So I heard that some of you might have been wanting some new PassCode? I mean new new and not rerecorded new like the “Locus” album that the group put out in February, although that release was excellent to be fair to it. It certainly felt like PassCode’s producers finally found the sweet spot with their sound on that release, in my opinion anyway. I know some people feel a certain kind of way when they talk about how they want their PassCode songs to sound but to me that album was the beginning of a very strong 2018 for the group.

Speaking of which, the group would then proceed to follow up that album with their “Ray” single (review here). In my mind this confirmed that there had been a shift in the way the group sounds, away from most songs being totally dominated by Digital Hardcore instrumentation and Yuna’s harsh vocals. We can speculate all day as to why that is and Yuna’s health issues are well documented after all. In any case, the fact is that PassCode have been getting out of their comfort zone of late and I think it’s having some very positive results musically.

Well, PassCode are back once again with new single “Tonight / Taking you out”, their second on the year. This time it’s a double a-side configuration, which I believe to be the first time they’ve done this, with one of the songs being used as a tie-up for mobile racing game Asphalt 9: Legends. We’ll have to see how that one goes but from experience I’m already tempering my expectations accordingly. Given PassCode’s recent form however, I can’t really see them putting out a bad single here. Guess there’s only one way to find out though, let’s check it out.

The very melodic, synthesizer backed opening of “Tonight” lasts just about long enough to make you start to ponder where exactly PassCode might be going with this song before turning on a dime and revealing its true intentions. High octane Synthcore instrumentals pair with an emotion laden harsh vocal in an all-out assault on the senses…at least momentarily anyway. The song then flips back to something much more melodic and that’s sort of the story of this track really. They flip back and forth between styles but with the softer, more melodic side of things being the more prevalent of the two. Kind of an interesting choice, but in line with recent PassCode output so it shouldn’t come as too much of a surprise. I don’t have too much of a problem with it anyway, but there was a couple of instances where I thought the vocoder in particular could have been turned down just a little. I do rather like the chorus on this song though, it has that big time feel to it and it flows great too. I’m reminded in some ways of Fear, and Loathing in Las Vegas by this song and I have been saying PassCode could do worse than to borrow a page or two from their book. Is this my favorite thing PassCode have done recently? Nah, but it’s still pretty darn good.

Which brings us on to our b-side. As mentioned previously, “Taking you out” is being used as a tie-up song to promote the mobile game Asphalt 9: Legends. Super random and also left me wondering how this song would turn out. Turns out that I need not have worried in the end because this song is pretty damn awesome. You wanted something from PassCode that hits more like a semi truck? Well you sure get some of that with this song. Right out of the gate and it’s wall to wall vocal brutality, showing that Yuna still does very much have it. The breakdown midway through the song was both a nice touch and pretty creative with the synthesizer use as well. If all of that doesn’t happen to be your thing then you can at least take solace in the fact that this song got the classic PassCode chorus treatment as well. I guess if we want to speculate, the game developers probably requested a “PassCode style” song and well this sure is a PassCode song in every sense of the term. I wasn’t really expecting to say this, but this is actually my favorite song from the single. It’s just great on so many levels, which isn’t something I usually expect to say about a tie-up song. I guess there really are exceptions to every rule.

PassCode’s strong 2018 continues with this single, although there were a few things to nitpick with “Tonight” for me. They absolutely smashed it with “Taking you out” though so you won’t be hearing me complain about that one at least. The most important thing for me is that we’re getting some more variety from PassCode’s music these days, something that was a bit lacking for a while there. Whatever the reason for it, it’s something I welcome.

Hard to say if we’ll hear anything else from PassCode this year or if they’ll hold off until the start of 2019 for their next offering. They’re on tour all over Japan and several other places in Asia until the end of the year so they’re going to be pretty busy until that’s over and done with. Regardless, I eagerly await to see what they’re going to come up with next.