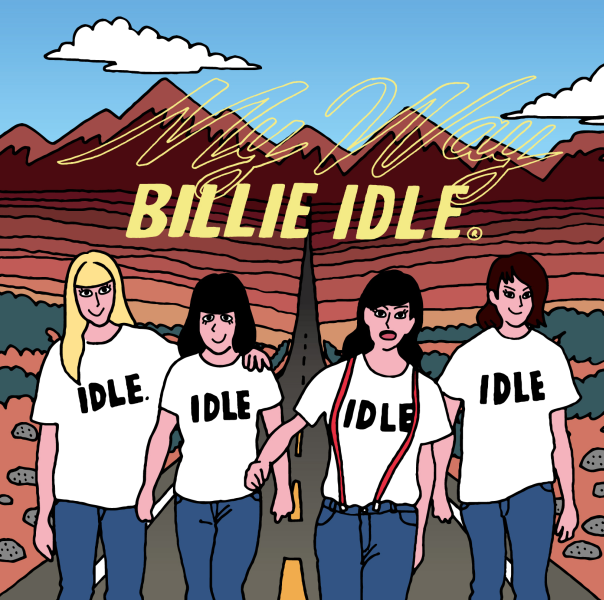 My thoughts on the latest single from BILLIE IDLE.

So its been a little while since we’ve heard anything new out of BILLIE IDLE, hasn’t it? I mean sure they put out a “Best Of” and a Live album back in April but when it comes to new content, the pickings have been rather slim. For sure go listen to the album “BILLIed IDLE” if you’re interested in checking out BILLIE IDLE for the first time or just getting more familiar with them though. I totally get that you can’t just market your group towards the diehards like me all the time. But come on man, we’ve been waiting like 10 months here for something new. Thankfully that wait is over now.

When it comes to BILLIE IDLE you usually have at least a rough idea of what to expect from them musically. It’s usually some kind of retro callback to an older style or genre of music that doesn’t get much love these days. It’s pretty cool to hear if you’re into that kind of thing. They seem to have a pretty decent following and are generally well regarded by most people I know. They do suffer a little bit from not being part of the WACK family proper but a lot of people who really should know better do seem to think anything Watanabe Junnosuke works on is all under the same umbrella so maybe it’s not all bad.

Getting back to the actual single I’m going to share some thoughts on today, “MY WAY” is I believe BILLIE IDLE’s first physical single. Which is kinda odd given the couple of years that the group has been in existence. They do seem to prefer the album format for their releases though so I suppose only getting a single this time might be a little disappointing. Like I said though, when it comes to BILLIE IDLE you do have a pretty good idea of what to expect. If what everyone expects to get ends up being what is delivered by this single then I think we’ll cope just fine without a full album.

“MY WAY” is the continuation of a theme when it comes to describing the overall output of BILLIE IDLE since their inception. Once again it’s a bit of a throwback although it’s a bit tough to really pin down where they’ve pulled inspiration for this one from exactly. It definitely has a lot of 90s Pop-Punk elements in the instrumental and chorus, but the verses are noticeably different in style. Maybe I’m just over thinking it though, if anyone wants to share their thoughts on that please feel free to leave a comment. What I do happen to know however is that the chorus is really great. I love the energy of it and it also has a pretty nice hook. I know it’s a little late, but this is a really good summer song in my opinion. Akira really did a fantastic job with the lyrics.

“SOUND OF MUSIC” serves as our b-side offering on this single and no, it isn’t actually anything to do with the musical as best I can tell. Uika is on lyric writing duty for this one and it really shows in the way they’re delivered. It’s always interesting when group members write lyrics because they have a tendency to play to their strengths, that’s also the case here. The one thing about this song I just can’t away from is the opening instrumental sounds so much like “Dead!” by My Chemical Romance. I like that song so it’s not really a deal-breaker but it just funny to hear something like that. This is a pretty well put together, mid-tempo, guitar driven song that has a bit of an attitude to it at times. Not my favorite BILLIE IDLE song ever but definitely not one you want to hand wave either. 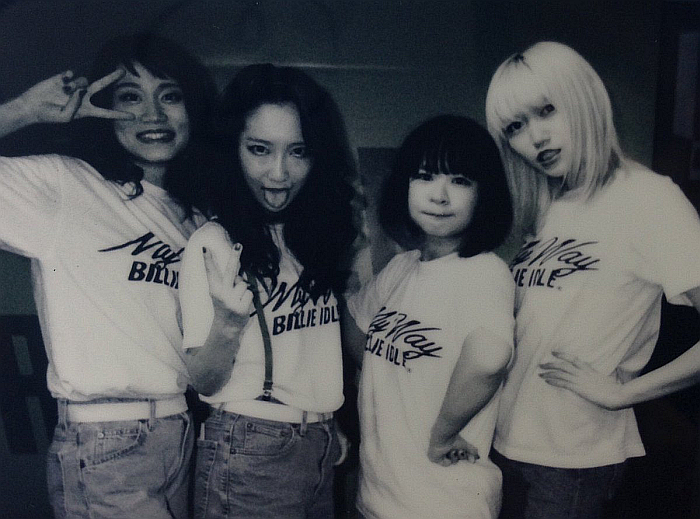 Sorry this review is on the shorter side you guys. Can’t really write too much about a 2 track single and I also don’t want to just write a bunch of nonsense for the sake of padding things out either. That’s besides the point though. For BILLIE IDLE’s first single, I think they did a mighty fine job of things. Granted I am more predisposed to liking “retro” sounding music so your mileage may vary. Opinions are beautiful things.

BILLIE IDLE have actually already announced their next release. It’s an album and rather distressingly for fans it’s titled “LAST ALBUM”. No one really knows what that means, not even Uika and you would think she’d be privy to the details of such a development. The album drops November 22nd with a tour following shortly after. I guess all will be revealed nearer the time.