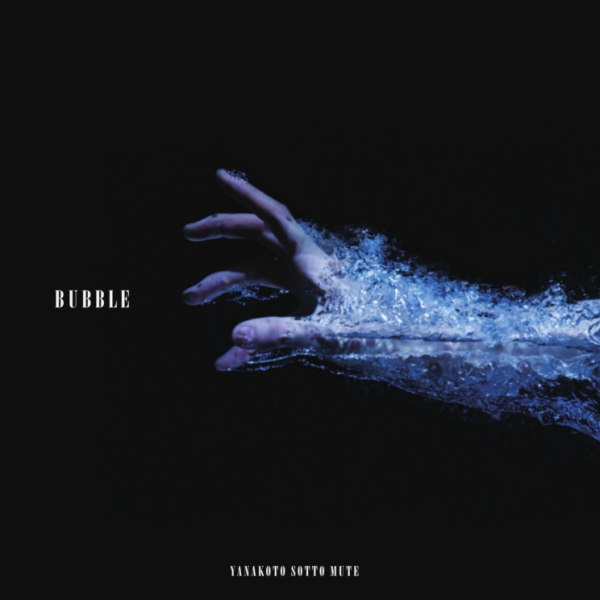 My thoughts on the first album from Yanakoto Sotto Mute.

Welcome to another edition of “Garry reviews things that he doesn’t really know that much about”. Where I try to get out of my comfort zone and write about things I might not have otherwise. I know, the title needs work. Anyway, you can blame/thank people like John and Terry for raving to me about groups like Yanakoto Sotto Mute and making me want to see what all of the fuss is about. If I make mistakes, try to go easy on me yeah?

Okay, so Yanakoto Sotto Mute (referred to as Yanamute from this point forward) are a 4 member unit and the sister group of then BELLRING Girls Heart now There There Theres, and I guess probably MIGMA SHELTER too. They’ve only been around since August of 2016 so they’re still pretty new but they have released 2 EPs in the time between then and the release of this album. They also really seem to like water for some reason.

From what I understand 9 of the tracks on this album were originally released on Yanamute’s previous 2 EPs. Apparently they’ve been re-done though and I haven’t really listened to much of them before anyway so this is great for me and any new listeners. What I have heard, admittedly mostly from their MVs hasn’t really blown me away but I’m willing to be pleasantly surprised by this album. Guess it’s time to dive into “BUBBLE”.

“morning” kicks things off with its fuzzy, bordering on grungy guitars and incredibly restrained use of things of the synthesized nature by most current groups’ standards. On the vocal side of things we get a very powerful performance of what I suppose most would describe as “Pop” vocals. It’s an interesting contrast actually and both sides actually work quite well together. This is a pretty good start to the album, more please?

Well, not quite. Up next is “Kanaderuha” which means to play something, but what? Very mysterious. This song takes a bit more of a straight up Rock approach to the instrumental with some fairly catchy guitar melodies going on in there. The vocal work is fairly similar to the song that came before but they turn it up a bit when the need arises. The lyrics are also a lot more catchy so that’s a plus in my book. Two songs in and I’m liking what I’m hearing.

Things get changed up a bit more with “Lily”. It’s still a fairly Rock oriented instrumental, with some rather enjoyable guitar parts to be fair. Nothing that’s going to knock your socks off but solid enough. That’s kinda how I feel about the vocals too honestly. They do a bit of that wispy style of delivery that I’m not a huge fan of and I dunno, there’s nothing particularly bad about everything else but it just doesn’t really do it for me. It’s a decent song, just not for me.

Not enough synthesizers for you? Well, “am I” has you covered…kinda. Once again it’s a fairly restrained application of the digital effects but they are there. This song differs quite a bit from the previous 3 in that it’s a good bit slower and much more dramatic sounding in the vocal delivery. I don’t really want to call it a “ballad” because that would be a pretty big disservice to the instrumental which is fantastic. If that’s what you want to call it though, then it’s a damn good ballad.

I guess Yanamute are big Naruto fans or something, at least that why I’m assuming they called one of their songs “Tsukinome”. I didn’t hear them singing about Kyuubis and Uchihas though so maybe I’m wrong. Once again we have an absolutely banging Rock instrumental that other groups should take notes from. For what the vocals lack in hooks, they more than make up for in power and raw emotion. You can tell that everyone is very passionate about what goes into these songs. Once again, very good stuff.

When they came up with the title for “Just Breathe” I guess they really meant it because there’s not a whole lot going on for the first minute of this song. Even when the vocals do finally make an appearance they’re very mellow and laid back for the most part. The instrumental once again flirts with the idea of synthesizers but they definitely aren’t the focal point. It’s still Rock but they’ve sanded down the rough edges and put a coat of varnish on it to make it a bit more presentable.

“orange” kicks the tempo back up several notches after that little breather. This song is interesting, mainly because it has a bit of a Punk Rock lean to it that we haven’t heard up until this point. The vocals aren’t anything close to what you’d consider Punk but they’re still pretty catchy so they have that going for them. I wasn’t really expecting this after how all the other songs have gone so I guess this album has pleasantly surprised me. Probably my favorite song so far too. 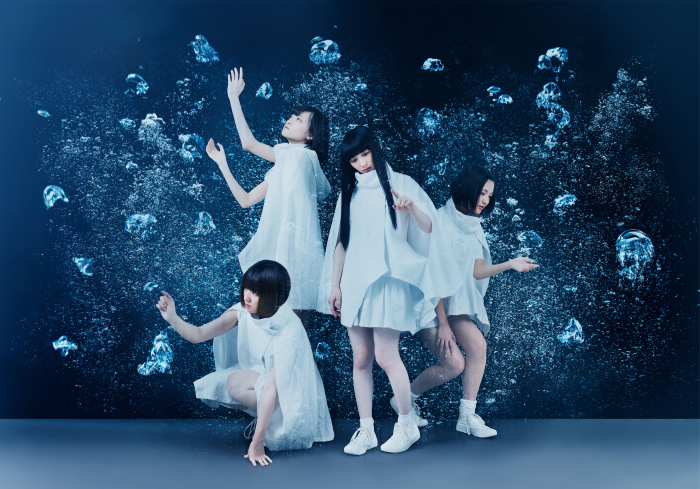 “Moeru Passiflora” leads off the second half of the album. It’s a bad pun title guys, something about “Burning Passion” and “Flowers”. I’ll leave you to draw your own conclusions. There’s some rather passionate vocals in this song so I guess it does live up to the billing in that regard. I maybe expected something a little more energetic though, not that I’m knocking what I did hear. If you’re after very well constructed Rock songs with equally strong vocal performances then Yanamute are definitely trying to appeal to you here.

I’m going to not make the obvious jokes you can probably come up with for a song titled “see inside” that follows one with a title about “Burning Passion” and “Flowers”…but yeah. This song gives off a pretty sombre tone, where the vocals are concerned at least. There are a few times where I thought it might break out into a Punk song but alas. Not entirely sure about that one heavily drummed part but I really liked the guitar “solo” they used in here. In keeping with the overall theme but different in its own way, I like it.

The award for “Best Song Title” on this album 100% goes to “sputnik note”. I’m reliably informed that this is a song about being a satellite (or Terry is fucking with me) and there’s some metaphor about being able to go anywhere but being stuck in the pull of life. The instrumental takes a bit more of a backseat on this one, which I have no problems with because this group of girls can really sing. Slightly disappointed this wasn’t some epic sounding Space Rock song though. It’s still pretty great, but opportunity missed. 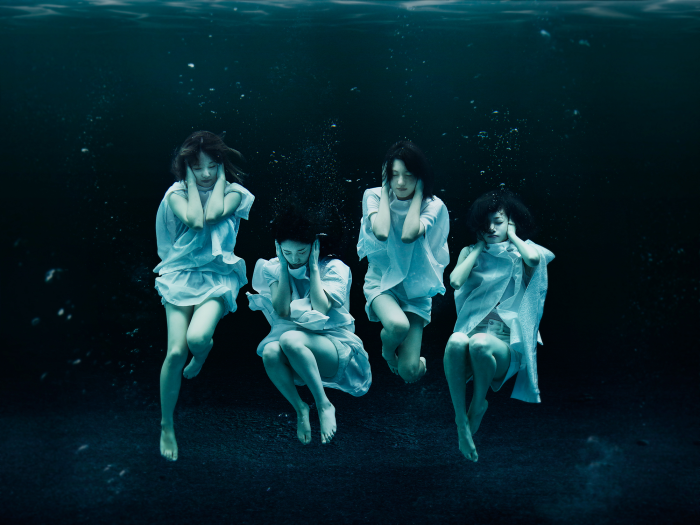 You’d think a song titled “Done” would be reserved for the final song on an album. Nah son, we got two more to go after this so buckle up. I was a bit worried when this song started and we had soft vocals paired with a pretty uptempo instrumental but I guess the girls were just warming up because they don’t half start belting the vocals out here. It does rather overshadow some very good guitar work at times too. I’ve kinda complained a little about these songs not being very catchy (to me) but this one is so that’s cool. Very strong feelings of emotion in the vocal delivery once again.

I can’t say I’m one for horoscopes, but I can say that I’m very much about the song “Horoscope”. The dark, almost ominous opening instrumental did kinda catch me off guard but this song did end up following the formula that I’ve noticed most of the songs on this album follow. Start slow and then build and build. Maybe take it down a notch or two like in this song but not for too long as we’re always working towards the crescendo. Yanamute really have this emotive, powerful Rock song thing figured out.

The album ends with “No Know”. No know what? Well I’m not quite sure. I am quite sure however that Yanamute have saved possibly my favorite song on this whole album for last. The main guitar sequence in this song is all kinds of pleasing to my ears and there’s a bit of an Alternative Rock thing going on too so we’ve got some variety. The vocals also match up really well with the instrumental and create a very memorable song, even for my short attention span. 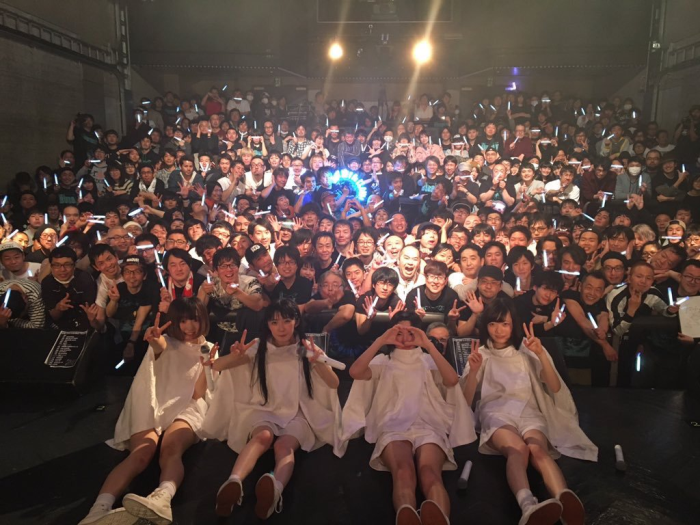 “BUBBLE” is a great album, but I do have some gripes with it…shocking I know. They’re mostly personal, and due to me being ADD (not really) and needing every song I listen to to have a catchy chorus or whatever. Granted, a couple of these songs did start to blend together a bit and they do follow a pretty similar structure so there’s that. Still, I’m sure for most people this is easily going to be the best album they hear in 2017. Yeah, it’s pretty good.

You know what, I’m on the Yanamute hype train now. Maybe not quite as much as some people but they make good music that I find pretty enjoyable to listen to so they’re cool with me. I’m sure we’ll be hearing more from them before the year is over and I have to say I’m looking forward to hearing what comes next.

The Alternative Idol Podcast Ep. 8 – Everybody Gets a New Member