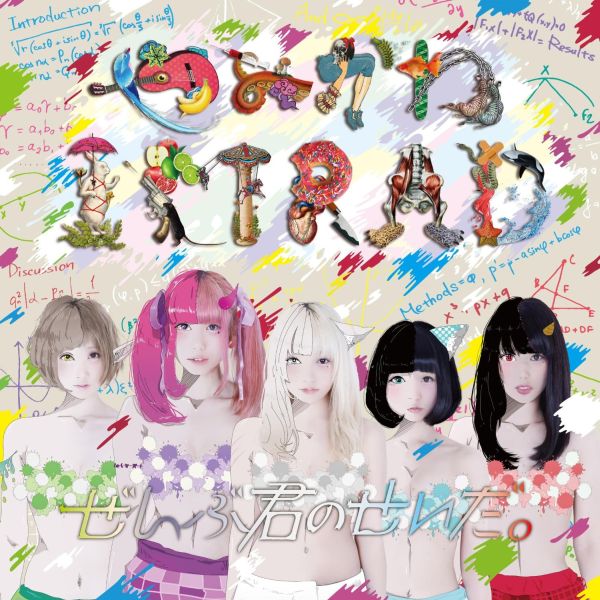 My long overdue thoughts on the debut album from Zenbu Kimi no Sei da.

So yeah, this review is a long time coming and is probably the first time that Zenbu Kimi no Sei da have had more than a passing mention on this site. To me, that is simply unacceptable so I’m glad that I’m finally getting around to reviewing their debut album “Yamikawa IMRAD” which came out way back in January of this year.

To be fair, this site wasn’t even in existence when Zebu Kimi no Sei da put this release out. I also wasn’t incredibly familiar with them at that time, so that coupled with the various stresses and annoyances of setting up your own website lead to this release falling through the cracks. There’s also been a ton of other stuff to write about, and I do try to keep these reviews as timely as possible.

Anyway, the day has finally come and what’s more, over the next week or two I will be working through my Zenbu Kimi no Sei da backlog with reviews of the two singles they’ve put out since the release of this album too. Yeah, August is pretty dead when it comes to new stuff I’m interested in reviewing so here’s hoping you all like Zenbu Kimi no Sei da or it’s going to be a pretty rough couple of weeks for you. Let’s get into the review.

The album opens with “Neo Jealous✡Mero Chaos”, which kinda sounds like the sort of song that you’d open a live performance with (I’ll have to confirm/deny this in November). This song comes in heavy with the synthesizers and vocal modulation which serve to compliment the Denpa style of the composition. The song is incredibly catchy and while there’s a lot going on, it doesn’t quite descend into total chaos. Also, hooray for everyone having distinct voices and vocal parts!

Up next we have “Yandere Requiem”, and the Denpa is once again in full flow. This song takes on a more Rock and Roll sound than “Neo Jealous✡Mero Chaos”, which is a good sign that this album is going to have more than one or two genres in play. The chorus is really enjoyable, even though I feel like I’ve heard something similar somewhere before. In fact the vocal delivery on much of this song is pretty great and full of personality. This album definitely starts out strong.

“Ai whynot” follows, and we are treated to a fairly drastic switch in musical style. This is a much more somber sounding and slower tempo song than the two that preceded it. In fact, this kinda sounds like a song that “Yukueshirezutsurezure” would perform…except without the screaming. I guess that sorta makes sense considering they’re sister groups and all. Once again, some nice instrumental and vocal variety to keep the ears from losing interest. I like it!

Kicking off the middle portion of the album is “The Battle of Identerror”. That’s a pretty awesome name for a song right there and the song is pretty cool too. This time Zenbu Kimi no Sei da venture off into the realm of Metal, with some face melting guitar licks and lots of high tempo drumming…in the chorus and final verse anyway. The main verses are much more laid back, oh and there’s a kinda rapped bridge in here too which was totally out of left field. An almost schizophrenic song at times but totally enjoyable.

“Hello Kiss me No say” is another slower song, which is something that I think you definitely need on albums from groups like this. That being said, there’s still plenty of synths and vocal modulation going on so it’s still in keeping with the identity that Zenbu Kimi no Sei da have built from themselves. Once again there’s a nice variety of voices on display, and everyone gets their chance to shine, albeit some more than others.

Up next we get a more traditional sounding “ballad” in the form of “Yamikawa Gungun Ka”. Of couse, it’s Zenbu Kimi no Sei da so there’s a bit of Chiptune worked into the composition, because of course there would be. I’m not really one for these kinds of songs, but it’s probably the least…produced vocally of anything we’ve heard so far which is cool. To be fair, when the song picks up a bit it’s actually quite enjoyable even for someone like me. Nice piano interlude too by the way.

“Wazurai Hallelujah” wraps up the middle stretch of the album, with a combination of Rap, Metal and Pop. I’m kinda over idols rapping at this point but I guess when it’s used sparingly like this it isn’t that bad. It also further drives home the point that it seems like there isn’t a single genre of music that Zenbu Kimi no Sei da won’t experiment with. Besides the previous song, this is probably one of the more widely accessible ones on the album. 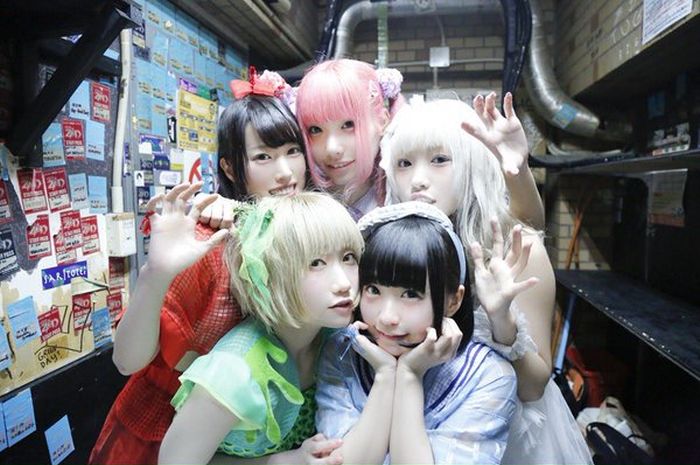 We start down the home straight with the very bright and energetic sounding “Kimi-kun Syndrome X”. Lots, and I mean lots of synthesizers going on in this song. It sorta reminds me of Eurobeat (who remembers that from back in the day?) at times but never quite straying too far into that territory. I wouldn’t say this is my favorite song on the record, but once again Zenbu Kimi no Sei da are doing something different and they’re doing it pretty damn well.

“Yowamushi Lullaby” is the penultimate song, and while I wouldn’t say it totally lives up to the “Lullaby” in its name, it’s still a pretty relaxing and chilled out sounding song. There’s some crazy “sparkling” synthesizer sounds going on in the instrumentals (I’m 9 songs deep on this review, give me a break) that kinda distract from a lot of the other stuff going on unfortunately, but the more dark and serious break helped pull things back a little bit.

I always feel like you should end an album on a high note, and I guess Zenbu Kimi no Sei da share a similar view. “ShitEnd Placebo” is the closer and what a closer it is. It probably speaks a lot to how weird my musical taste is but this is total ear candy for me. In my book, this is Zenbu Kimi no Sei da’s best song and if I was to recommend you check out one song from them, this would be it. There’s even a music video for it, so what more could you want? 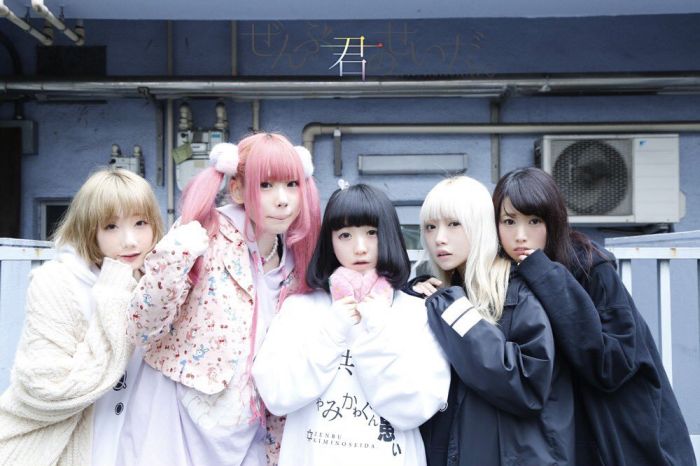 It took me a while to get around to this review, and it’s what I guess you would consider an “old” release at this point so hopefully you guys still found it interesting. I really enjoy this album a lot, and I think there’s more than a couple really great songs on here. There’s also a couple that I’m not so hot on, but I’d say the good outweighs the bad by a pretty significant margin. For sure one of the best idol albums of 2016 thus far.

I guess we can consider this part one of my Zenbu Kimi no Sei da review catch up. They’ve got two more singles that I’d really like to review, so make sure you check back in later in the week for the first of those. By the end of this I’ll have either converted you or made you never want to hear the words “Zenbu Kimi no Sei da” ever again. Let’s hope for the former.