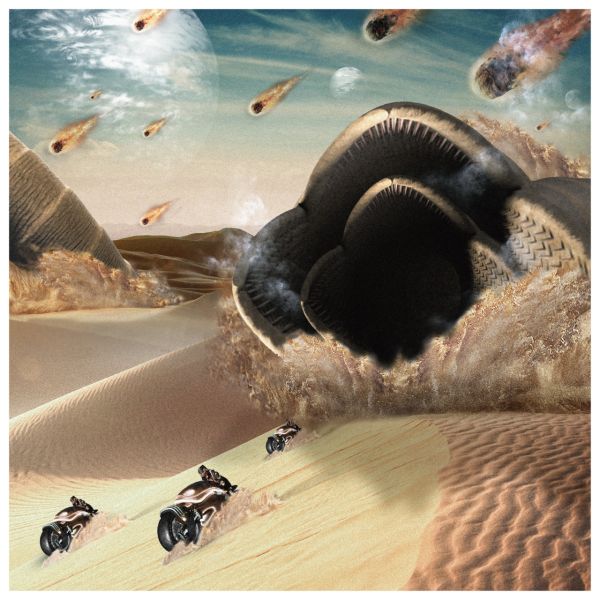 My thoughts on the comeback EP from Especia.

There hasn’t been much in the way of news coming out of the Especia camp in the past few months. This of course is likely down to the fact that the group lost 3 members at the end of February and have since been spending time trying to figure out where exactly to go from there. I believe they’ve also relocated their operations from Osaka to Tokyo (rumored to be one of the reasons for the exodus) so I’m sure they’ve been busy with that also.

Well, now Especia are back as a 3-piece with a new look (more on that in a bit) and a brand new EP. Tominaga Haruka and Mori Erika continue on with the group and are joined by a new member called Nascimento Mia. The more observant of you will notice that Mia has a very non-Japanese sounding last name. It doesn’t really matter to me personally, but I know some people get excited over the prospect of a foreigner being in an idol(?) group so there ya go. Knock yourselves out I guess.

So yeah, Especia kinda changed up their look a bit. Gone is the retro 70s/80s look and instead we’re presented with lots of black clothing and jewellery, in an attempt to go for a more mature look I guess. There’s also a promotional image of them floating around on the internet with the girls all wearing headscarves in what has to be a PR blunder. Then again, Japan did just uphold a law saying authorities could essentially spy on all Muslims at will, so this is probably the least of their concerns right now. 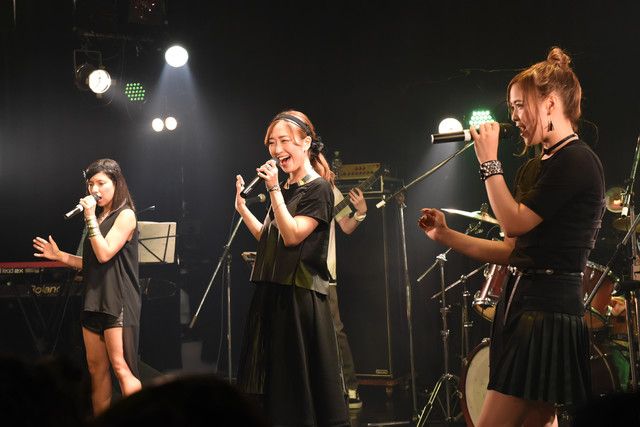 Let’s put the religion and politics aside for a moment and actually talk about the EP. “Mirage” is currently available to listen to on Especia’s SoundCloud page and it consists of 4 songs in total. I believe they’re also doing a deal through OTOTOY where they’re giving away one track for free each week so you should probably head over there and check that out if you like obtaining free music the legal way.

As you might have guessed, with the change of image and personnel also comes a change in sound. “Mirage” is actually sung entirely in English (that’s what people tell me anyway) which to me is a rather interesting decision but I guess that’s why I’m not a producer. I’m also having trouble describing what genre(s) of music they’re trying to go for here, the best I can do is to describe it as music that wouldn’t sound at all out of place in a Persona video game. If that’s no help to you, well at least I tried.

Reviewing this is a bit of a struggle if I’m totally honest. I’m being presented with something calling itself Especia, but it doesn’t really sound anything like Especia at all. I do rather like the instrumentals though, they’re very well arranged and produced which is what you’d expect from…Especia. Sorry, there’s just a pretty big mental disconnect going on in my mind right now. The instrumentals though, good stuff there. 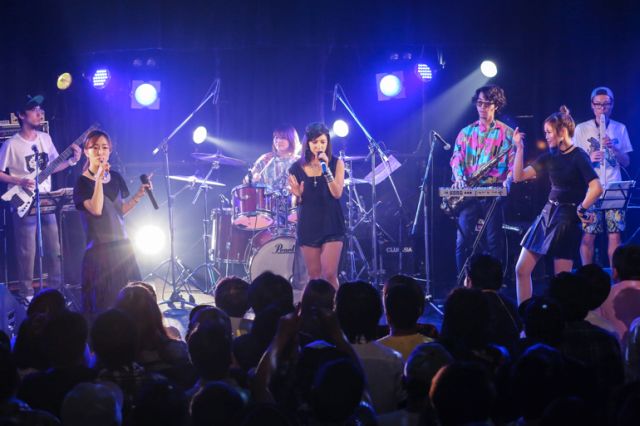 Unfortunately, outside of the instrumentals I’m having a hard time finding much else to praise on this release. All 4 songs sound really similar to each other and that’s easier to overlook if they’re really good, but for me I don’t think that’s the case here. If you’re essentially relaunching a group, shouldn’t you maybe offer a bit more variety on your re-debut. I get that they’re most likely trying to hammer home the change in musical direction, but I refuse to believe that the genre(s) they’re operating in now are this shallow.

There’s a lot to say about making a good first impression, and technically it would also apply in this instance. Especia have been on the shelf for a bit, but I’m sure their fans are pretty loyal folk so they’ll have been patiently waiting for their return. Is this what they were waiting for? I don’t know. Change happens, but this change in particular is pretty drastic and it definitely caught me off guard at least.

I also don’t think singing all of the songs entirely in English really helps matters either. The English itself isn’t the worst I’ve ever heard from a Japanese act, but there isn’t really much range in any of the vocals. I doubt it’s Erika or Haruka’s fault, I wouldn’t be able to sing in Japanese as well as I sing in English either (and I can’t sing well in English to begin with). I guess I’m still trying to understand who they’re trying to appeal to with this whole thing. 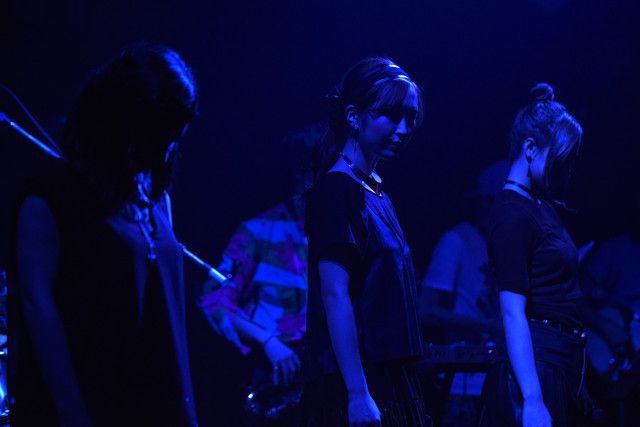 At the end of the day, this isn’t an Especia EP and I think that might be my biggest mental block on the whole thing. If they’d re-named the group to something else, then fine whatever. The fact that they’re trying to market this as Especia when it clearly isn’t just rubs me the wrong way. I understand why they’re doing it, because having an established brand is much better than having no brand at all. The thing is, you can’t sell grocery store Cola in a Coca-Cola bottle and convince people that they’re actually drinking Coke.

It might surprise you, but I’m not totally giving up on Especia just yet. Not every CD a group puts out is going to be a winner with me, and for want of a better phrase, “shit happens”. I’m willing to give them another release or two before I pass judgement. I just know that I really didn’t care for this one, so hopefully their next effort is a little more appealing to my ears.