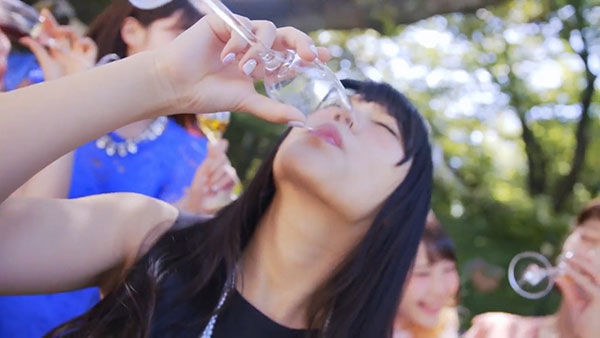 This week on PV Roundup, I announce the end of my single life. Oh, and a bunch of underground idol groups come along for the ride.

Tsubasa Fly – “End of the Day” 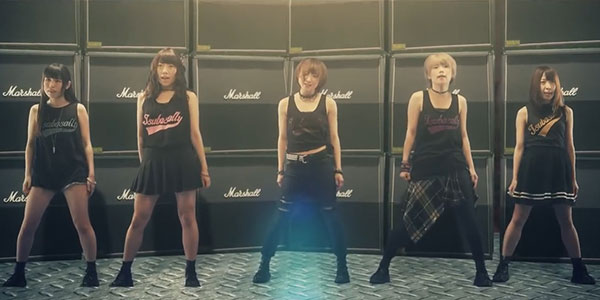 Tsubasa Fly is a group I loosely follow. They’re usually pretty reliable as a group who releases rock-flavored tunes and their PVs often feature really high production value. This one seems to be no exception.

Right away we see the inspiration for this PV. Without a doubt, the video takes a lot of graphical cues from an edgy anime opening. Most notably, the Attack on Titan likeness is impossible to miss. Borrowing from something else is fine if you pull it off right, and Tsubasa Fly did it wonderfully. The CGI and artwork that went into this PV is top notch.

The generous use of CGI for set pieces makes up most of the mood of this PV. Fire, grabby demon hands, panning from outside a chain link fence, and engraved lyrics on harsh looking metal walls make everything feel a little more hardcore. The only thing that looks a little awkward is the big bobble heads held up by a series of gears, but perhaps I’m just not badass enough to get it.

The only part I take exception to is a slightly annoying lens flare used in the last minute or so of the video. It’s an obnoxious blue smudge on the screen and looks like someone is holding a magnet to a CRT TV. Some of you probably have no idea what I’m talking about. Get older, kids.

Outside of the amazingly well done presentation, there’s not much else to say. The outfits for this one are all black, because what other color would you be using for this atmosphere? The girls are all wearing tank tops, some branded with the groups name, some not. Everyone looks great, but Tsubasa Fly is pretty gifted in the looks department so that’s not too surprising. It’s pretty fun to see such beautiful girls do the kind of music they do.

The dance for this one consists of more headbanging and pulling off of rock poses than anything else. It’s a bit chaotic at times but that’s the atmosphere we’re going for, so it all works very well. I think the MVP for this PV is Shikaki Kaori, the one with the darker short hair and center for most of the group shots. She just stood out to me for no reason other than her rocker game was on point. Everyone was pretty awesome though.

Song-wise, not their catchiest in all honesty. Don’t get me wrong, it’s fun to listen to and the instrumentals are very high quality, but this song is VERY repetitive. Once you’re past the first minute you’ve basically heard everything. It’s really hard to miss. That aside, this release is pretty great, much like their past works. Very high quality going into this group. It’s always fun to check out their stuff.