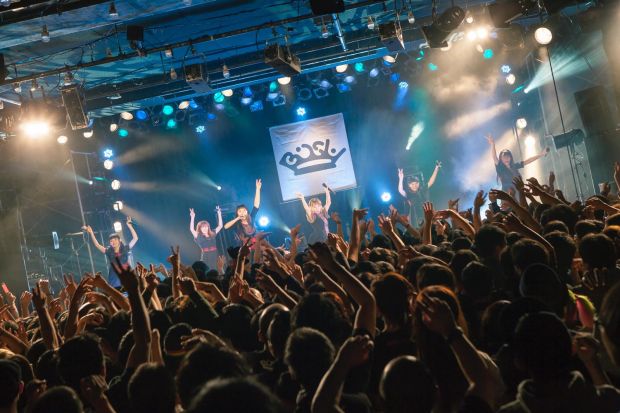 It’s 5.30am on Friday morning and I’m bored/can’t sleep. Let’s talk about something.

Before I get into this whole deal, I just want to take a moment to recognize that I’m definitely not there on the front lines in Japan reporting on this stuff. My window is for the most part social media and of course that comes with various pitfalls and biases. I’ll try to raise some points on both sides and we’ll see where this articles goes.

As many of you know, I’m a fairly big admirer of the “Not Idol” idol group BiSH. You know, the group that’s supposed to be the spiritual successor to BiS. They do a bunch of “crazy” stuff, which is actually fairly tame when you compare it to the kind of things that BiS got up to. Still, they’re a young group so there’s probably plenty of time to be getting into throwing around pig heads and what have you…or perhaps not.

Basically I’m writing this…whatever you want to call it because I’ve seen a decent amount of discontent in the western BiSH fandom about a number of issues. People aren’t happy with, I guess it’d be the direction that the group are heading in but not from a musical standpoint in most cases. Everyone seems to love the music, it’s all the boring business politics that seem to be coming to a head as of late. 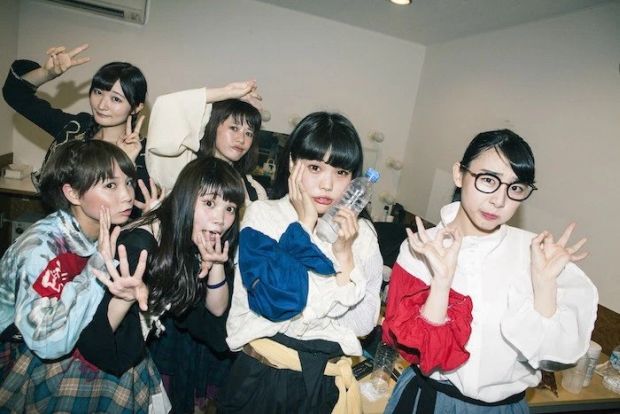 If you didn’t know, BiSH are known to get a bit rowdy at their live shows and their fans have no problems with joining in. If you’ve been to pretty much any kind of punk, metal or hardcore show you probably have an idea of what that entails. Stuff like moshing, crowd surfing and so on have been fairly typical scenes at BiSH shows since their inception. Well that all changed recently.

Watanabe Junnosuke, the group’s manager made an announcement that any kind of lifting people up for oshi calls and I think just general jumping around would be banned at shows going forward. The reason cited I believe was that it made it hard for people standing in the back to see. That’s a pretty reasonable point to make in all honesty, it probably does suck to be stood way in the back and having your view obstructed. There’s probably a very serious and real health and safety concern too.

We’ll gloss over the fact that no one is really entitled to a good view at a non-seated concert venue, we’ll also discard the fact that this lifting doesn’t last for more than maybe 30 seconds at a time. Giving the benefit of the doubt and all that. The more worrying thing is that it was stated that if any such actions do take place, the performance will either be halted or cancelled.

That’ll never happen you say, well it actually already has happened at least once apparently. I guess BiSH were on some larger show with a bunch of other groups like Bellring Shoujo Heart, PassCode and Oyasumi Hologram – all of these groups have and encourage audience participation. Well, someone got lifted up during the BiSH performance and everything was stopped. Who even knows if it was BiSH fans doing it or not.

I’m of the opinion that such a rule is unenforceable on a show involving other unaffiliated groups. If BiSH management want to do stuff like that on their one-man tours, they’re perfectly entitled to do so. When other groups and sets of fans are involved, it’s just too messy. I mean, you could have fans of other groups intentionally disrupting the BiSH live for whatever reason. You can’t just control a crowd who might not even be there for your group like that. 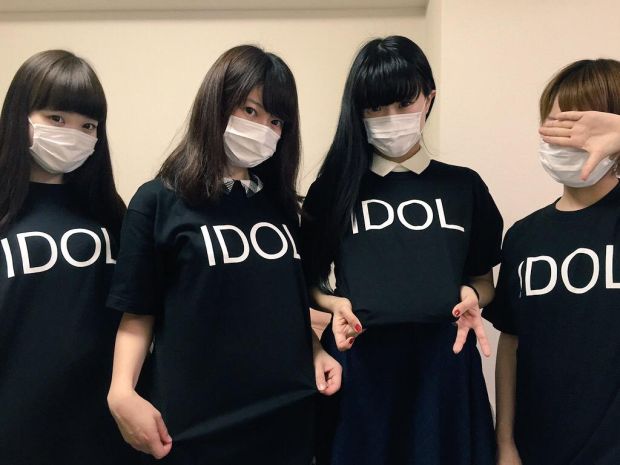 Interestingly enough, both BiSH and fellow agency colleagues POP have been invited to Tokyo Idol Festival this year. This came as a surprise to many, given the way in which they were both ejected from the event last year. The details are still about as clear as mud last I checked, but it was something to do with their fans being too crazy or Kamiya Saki stage diving or whatever. BiSH had a nice little publicity concert at Zepp Tokyo after the fact though, so it wasn’t a total blowout for them.

It is perhaps rather coincidental the timing of all of this though. Not that I personally think that not being at TIF is a major deal for groups of BiSH and POP’s stature. I don’t know the details though, and I guess if BiSH and POP really wanted to be there then some concessions may have been made. Still, I’m sure Bellring, PassCode and the like will all be there too and I doubt they’d have to make any kind of guarantees. It’s also pretty insane to think a group would have to promise to contain the crowd it draws to their performance.

It would be remiss of me not to mention the giant 6 tonne elephant in the room here in this write-up. That elephant of course being that BiSH have recently signed to Avex Trax. A lot of people feel one of two ways about Avex, I don’t personally love them myself and I have to admit that it is pretty easy to connect dots and what have you. No one knows anything for certain, but I love me some good old fashioned speculation.

So signing with Avex obviously has its implied advantages. There’s probably going to be more money around for touring, promotional activities and maybe the girls get paid a little more for their time. Then there’s stuff like distribution, industry contacts, opportunities that wouldn’t otherwise be available on an indie lable, etc. It’s a pretty sweet deal if you’re the artist or the management company representing them. 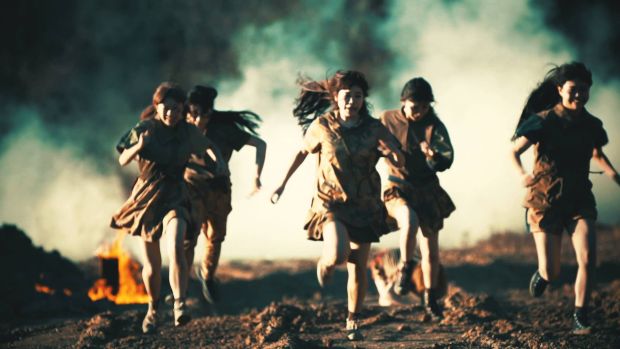 However, rightly or wrongly Avex has become the villain in the eyes of some BiSH fans. They see all these rules and regulations being laid down that weren’t there before and like I said, it’s pretty easy to get your pencil out and start joining dots. It also just provides an easy target, with an already colored history of group management that most of the blame can be pinned on.

Watanabe doesn’t duck out on what some deem to be his fair share of the blame though. A lot of fans feel like he’s more than liberal with the truth and what the direction of BiSH actually is, as opposed to what it was stated as when they were starting out. I mean, it’s business right? No one tells the whole truth and no one should expect to be told the whole truth. Still, the whole Avex thing comes off as trying to cash in quick. A far cry perhaps from the group that Watanabe wanted to get to Budokan under the sole power of his own management agency.

The other thing I see cropping up here and there is that BiSH and their management are selling an alternative and some may say edgy product, but there’s so many things working against that image that it does almost come off as insincere. I get that it’s an act obviously, but it is a little bit amusing that you have this anti-establishment group that’s signed to a major label, putting out all of these hardcore, heavy hitting songs and they expect their audience to just kinda stand there.

I guess it’s a difficult thing to balance out right? On the one hand, you’re probably not generating a ton of goodwill from what may or may not be a minority of your fans. Then again, maybe if that Avex money and infrastructure isn’t there then BiSH might not be here right now either. I don’t even know if there’s any kind of way to reconcile the two sides of this fairly complicated situation, I’m just glad I’m not someone who has to worry about it too much. 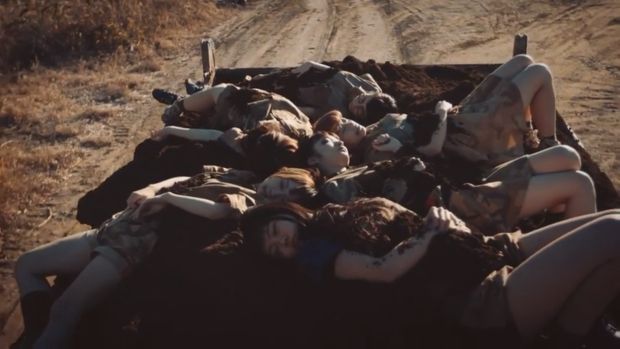 There’s probably some other small stuff I could touch on, but this thing is getting long as it is. I still like BiSH, although I can’t say I’m super hot on this new single that they have coming out. There’ll be a review of that coming up at some point. I’m also not sure how much I’d want to go see them live after all of these developments. I don’t get too wild or anything, but it just seems like the atmosphere might not be too great with all of this red tape everywhere.

Anyway, I’m interested to hear what you guys think, if you even care remotely at all. If I missed something important, bring it up in the comments or hell even write your own article in response to this one. I’ll even publish it right here on the site, just don’t call me any mean names okay?