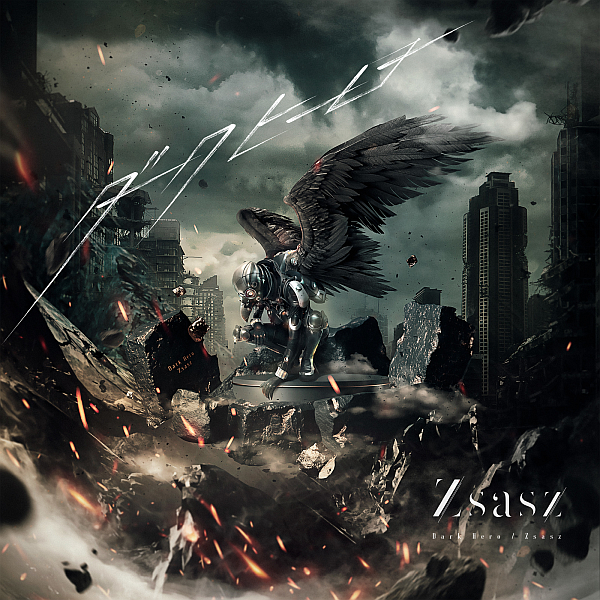 Some thoughts on “Dark Hero”, the first EP from Zsasz.

When an Idol group comes along with a pretty famous producer at the helm I always feel like it’s a bit of a double-edged sword. On the one hand you probably have some amount of built-in popularity right from the get-go which is important in what is a very cutthroat music scene. However, you also set yourself up for the obvious comparisons to be drawn between current and past works and in the case of Zsasz when your producer is reusing a lot of their old material it’s that much more of a thing that you notice.

That being said, I’ve quite enjoying everything that Zsasz have been doing since they debuted and I’ve written about them a few times on the site and been rather complimentary too. I have always maintained that I wanted the group to get more and more original material and it seems things have been going in that direction over time which is great. In my opinion I think the group’s original material plays to their strengths vocally a bit better but hey, that’s just one person’s opinion on the internet.

Zsasz are back once again with some new music for us, and this time it takes the form of the group’s first EP “Dark Hero”…or I guess technically it’s “Anti-Hero” if you want to really nail the likely intent of the title. Getting a bit away from the point there though, the main thing is we have 4 new tracks to check out and see where the group and their producer Utsu-P are coming from creatively as we approach their third anniversary. So let’s have a chat about it and see how things are looking.

In many ways I got my wish with this EP, because a lot of the tracks here definitely sounds a bit more unique to Zsasz than what they’d been borrowing from their producer previously. Whether you like the end result of course is up for personal taste and preference and honestly I can kinda see how someone who did enjoy the Utsu-P covers might not have such a great time here. Title track “Dark Hero” as well as “Geimei” both have that sort of dark, Rock Ballad vibe to them which I think played quite well to the girls’ vocal talents personally. A little bit run of the mill perhaps but still really solid, enjoyable stuff if you’re into that sort of thing.

“Shirashima Melody” and “Okyakusama wa kamisama desu” are a bit more upbeat and energetic by comparison, though they still broadly speaking have the same overall tone to them as the previous two tracks. I liked how they both brought different kinds of hype and energy to the table though and the instrumentation was surprisingly varied from what you might expect from Zsasz. Again, you’re sort of butting up against that wall of “not sounding like an Utsu-P banger” or whatever, but I think if you can get past that then most people can at least appreciate what they’re trying to do here I hope.

I quite like what Zsasz are going for here, and this release is clearly the mark of a group that is trying to grow its sound and try some different things. That’s always a risk of course when it comes to doing this sort of thing and maybe it didn’t quite work out quite as well as it could have in some peoples’ opinion, but you gotta feel this stuff out sometimes. Maybe it’s not your idea of what Zsasz’s music should be, but none of the tracks here are bad in the slightest so maybe give them a chance to see what they can do with it.

It definitely feels like Zsasz are maybe heading into a period of transition here, though I suppose if reception to these new tracks is lukewarm then they can easily course correct back to what they were doing previously. I’m happy enough to see where things go though so I hope they do keep trying new things and that their existing (moreso the foreign side I guess) fanbase give them a chance and don’t just write it off before we even see how this all goes.