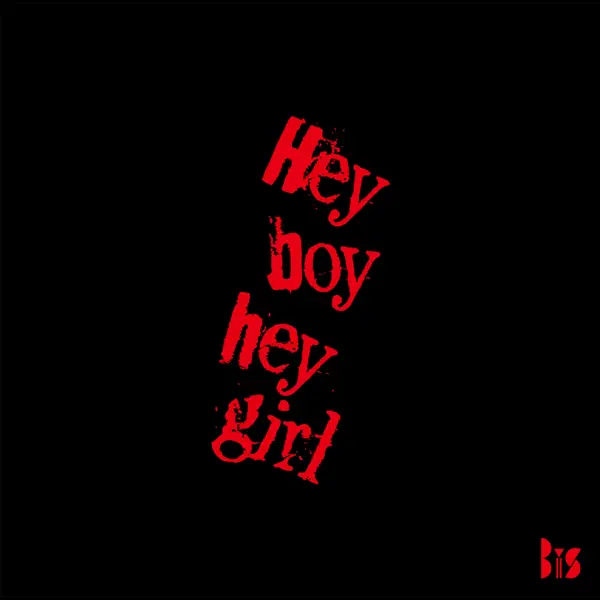 Some thoughts on “Hey boy hey girl”, the latest single from BiS.

While I certainly don’t pay anywhere near as close attention to BiS as I did at the height of my fandom, I do still try to keep up enough so I at least know when they have something new coming out. New music has been a little bit sparse in the past year or two unfortunately, but it seems like the group is still chugging along even if its line-up is pretty much unrecognizable from what many would dub the “legendary” era or whatever the kids are saying these days.

Speaking of line-ups, even that has been a bit weird for BiS this year with member Toggy not even featuring on this release due to being on hiatus due to a leg injury. It will also end up being Chantmonkee’s last single with the group after a rather abrupt departure during the release and promotion of it. What can I say, it’s always a crazy time with WACK and BiS right? Although I guess in this instance it’s a bit more mundane than their usual antics.

“Hey boy hey girl” is the group’s second single of 2022 and you can pick it up on either vinyl or digital. Not many WACK releases don’t get the CD treatment so I thought that was particularly noteworthy…because I’m a nerd like that. It’s not going to affect the music in any way I’m sure and given that the group have sort of settled into this silly, haha funny vibe of late I figured we’d get something along those lines once again despite the rather dark and ominous cover up there. But hey, what do I know right?

Kicking things off here we’re presented with a pretty punchy title track in “hey boy hey girl” with that sort of Punk attitude that has featured quite prominently on a lot of tracks from this current generation of BiS. There’s something likely off about the vibe at times though and I can’t really put my finger on it; maybe it didn’t quite feel like they were really giving it their all vocally or something but yeah decent enough outwith that. The instrumental is pretty basic and overly distorted to compensate for this but it’s fine for what it is and it carries the song along at an enjoyable tempo. Not bad, pretty fun but with a few hang-ups here and there.

You know it’s kinda funny, “ONCE AGAiN” is actually a pretty great title for this single’s b-side. Why is that you ask? Well it’s because once again we are presented with a Rock Ballad from WACK and once again they pull it off rather well without really a ton else to note. Well actually, at almost 5 minutes long this one does sort of take a while to get to its soaring choruses and what have you so it was getting close to wearing out its welcome with me towards the end. I can appreciate a good build-up as much as anyone but again, very simplistic guitar riffs and drumming aren’t really doing a whole lot for the synapses ya know? Again, decent enough for what it’s going for but hard to really recommend over the many, many other similar examples of this style in the WACK archies.

I can’t really tell if I’m being too harsh on this single or not honestly. It doesn’t really do anything wrong, it does quite a few things quite well even, but I don’t feel like I’ve come away from the listening experience having had the tracks leave too much of an impression. Too harsh of a takeaway? I don’t know, you guys let me know I suppose!

While it’s a far cry from the group in its heyday, this current BiS line-up seems to be doing fairly well with their own brand of goofy, over the top hijinks and it seems to be a bit more palatable than getting their kit off and running naked through the woods so I think everyone probably wins there. We’ll see what they have in store for us on their next outing and hopefully it might bring a bit more to the creative table than this offering did.