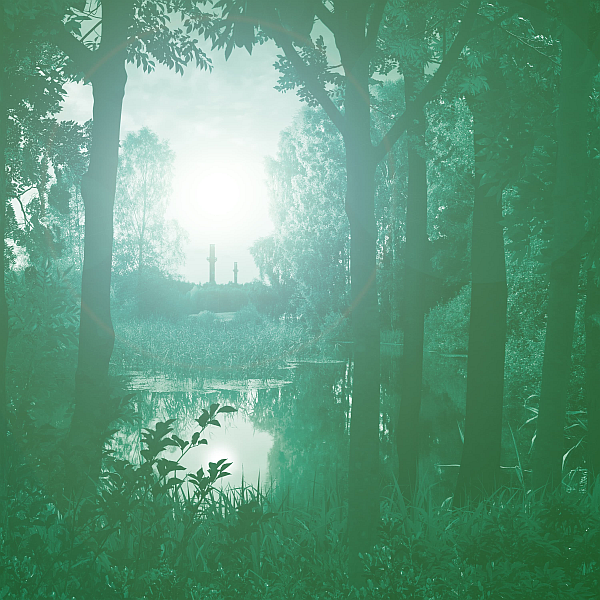 Some thoughts on “Green”, the second album from RAY.

If you’re not familiar by now, RAY’s whole thing is that they’re a Shoegaze Idol group and they lean pretty heavily into this branding it has to be said. I’m quite partial to the genre myself so I quite enjoy RAY too, even if it did take a bit of time for me to readjust my expectations. I kinda screwed up early on and was comparing them to actual Shoegaze bands instead of what I should have been doing, which was appreciating them as a bridge that others might be able to cross and come to appreciate the genre in a more easy to digest way.

Now that’s not to say RAY aren’t putting out some high quality, Shoegaze-inspired stuff in their own right. How could they not be when the very release that I’m writing about today features the songwriting talent of many of the Japan’s most prominent Shoegaze artists. cruyff in the bedroom, monocism, For Tracy Hyde and Seventeen Years Old And Berlin Wall are but a few of the artists credited here and all should be very familiar to anyone who follows the Japanese Shoegaze and Post Rock scene.

“Green” is RAY’s second album and continues the group’s theme of naming their releases after a color of some description. Quite a dense tracklist here but a few of these tracks have been collected from previous works so in the end we probably average out at about a dozen or so new songs at a quick glance. I definitely wouldn’t recommend new listeners try to consume the whole thing in one sitting but for the curious, as well as us veterans, let’s see exactly what RAY and their multitude of collaborators have brought to the table on this outing.

I’ll be honest, ear fatigue was a bit of a concern coming into this one for me given just how many track are featured. Well I’m happy to report that you don’t have to worry about that as “GREEN” really does cover quite a wide range of Shoegaze and Shoegaze-adjacent styles. You get the more expected stuff by way of tracks like “Shizuka no umi” or say “Gyakkō” but then you also get tracks like “TEST” or “17” that go pretty far off the beaten path and introduce some more exotic synthesizer arrangements into the mix. Maybe not something the purists will be too thrilled about but again, I see RAY as more of an entry point into the gerne and a very effective one at that.

Obviously given the contributing artist involved, this album does end up sounding a bit like a sampler for a lot of RAY’s influences. Again I think that’s a good thing generally speaking and the production is spot on for the sort of music that is being portrayed here, though the fuzzy, very granular textures might not be to everyone’s tastes. Still, there’s a decent shot in the arm of Idol Pop bubbling away under the surface on several of these tracks so hopefully things won’t sound too jarring for anyone who chooses to take the plunge.

If you’re wanting to get into Shoegaze but don’t know where to start or maybe want something a bit more familiar to get going with then I can’t really recommend this album enough. It features tracks by some of the biggest bands in the genre and while they’re obviously not going to sound exactly the same, if you do find a song or two on here that you really like then it should easy to check who wrote it and then go from there.

It’s a shame then that RAY have pretty much lost their current (at the time of this album’s release anyway) line-up and are currently auditioning for new members. Such is the way things go with Idol groups of course but hopefully they can regroup and come back with some more fun Shoegaze inspired music for us in the not too distant future. Finding talented songwriters obviously isn’t a problem here so when that time does hopefully come I’d imagine they’re going to have something nice planned for us to mark the occasion.