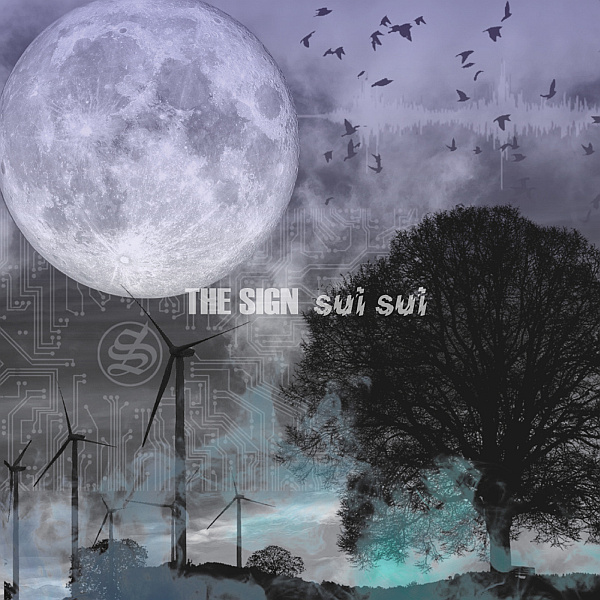 Some thoughts on “THE SIGN”, the first album from sui sui.

I write about a lot of different groups on the site so it isn’t always easy to give all of them the sort of attention that they probably deserve because let’s face it, I am but one man with a hobby at the end of the day. There’s a ton of groups releasing new music every week both in Tokyo and further afield in Japan’s other cities like Osaka and Nagoya to name but two of the more prominent examples. As such, I often have to be a bit more selective in this digital age which can see several “singles” release in the amount of time that it would take for one to come out in years past.

Osaka-based sui sui are one such group who have been working really hard over the past few years to build their profile both in their home city as well as in Tokyo. I believe I’ve written about them before here a time or two but by no means as much as I could have if there were more hours in the day. Fans of BiS might recognize Sharaku Yuuki from her very brief stint in the group, though she did end up leaving before debuting officially several years back. For many others this release I’m talking about today might be your first introduction to this group as a whole.

“THE SIGN” is sui sui’s first full-length album and from what I can tell it’s mainly a collection of the group’s digital singles that have been coming out over the last year or two. As such it’s a pretty good jumping off point for potential new fans already because you get a good chunk of the group’s current material all in one place. We’ll get into it a bit more in a second here but generally speaking sui sui tend to lean in a Rock focused musical direction but they also supplement this with inspiration from other complimentary genres as well. If that sounds interesting to you then carrying on reading below and I’ll talk about some of the tracks featured here in more detail

Despite the rather gloomy looking cover that this album is sporting, a lot of the tracks contained within are variations of a very upbeat and energetic brand of Rock music that fits like a glove if you’re a up and coming group like sui sui are. It’s a more refined sound than the group’s initial, more Punk leaning material but I think it shows how much the group has been growing in the last couple of years and given the rather extensive line-up change they also went through in that time it makes sense that this current iteration of sui sui is a little different to the last one. That being said, a lot of that original spirit is carried forward onto this release.

One of the more striking things about the album here is just how balanced and well-rounded it is from a song selection standpoint. You’ve got the loud and very dynamic tracks like “S.U.I” or “Kanjō kaihō sensen” as some prime examples of that but then there’s also some more delicate material in the shape of say “Kimitachi” or “Yoake filter” which show a different side to the group and allow the members to show off a bit more of the vocal skills in a different way. Tie it all together with a couple that are in between like “SYMPHONY SYMPATHY” and “Runner’s High” and you’ve got a very complete package right here.

“THE SIGN” is likely going to end up being one of 2022’s overlooked albums through no fault of its own. Anyone who does choose to pick it up will be rewarded with a very entertaining collection of Rock songs that more than hold their own against many of the “classics” while still possessing their own uniqueness at the same time. Many others will choose to simply pass it by as sui sui aren’t as well known as many of their peers and both of those things are a real shame.

I’d highly encourage you to check this album out if anything that I’ve written here has struck a chord with you. Step outside of your comfort zone for a change and give a new group a try. Heck it doesn’t even have to be sui sui or this release but the point remains; there’s a ton of great Idol music being released these days and a lot of it isn’t getting the appreciation that it deserves. Let’s try our best to change that in even just a small way, shall we?