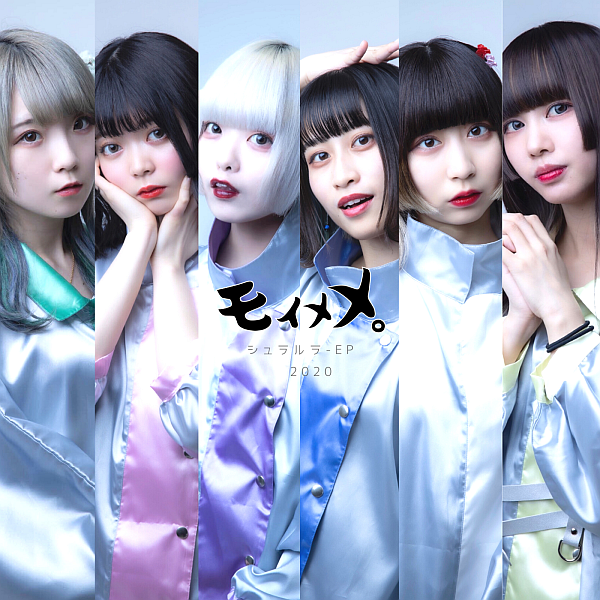 My thoughts on “Shura rura”, the first EP from moimeme.

This whole digital revolution that’s occurring in the world of Idol makes it a very exciting time to be a fan. The music has never been more accessible than it is today, getting uploaded to pretty much every streaming platform out there within hours or days of being released. It also makes it a lot harder for people like me to keep up with everything, as now it feels like every other day there’s a new single, EP, album, etc from yet another group I’d never heard of before.

moimeme are definitely a group that falls into this category. The 5-piece have been active for a little under a year in their current configuration, though several of the members were also in the now defunct group Jumps which maybe one or two of you reading this might be familiar with. The group has a pretty clean, almost futuristic look to it but I know better than to judge a book by its cover at this stage of the game. They were working their way up to their first one-man live at the end of June but you guys know how things went by now I guess.

“Shura rura” is the group’s first EP, though to me 2 tracks is still a single personally. Not totally sure about the title either, I think it could actually be “Shalala” but I just went with what they’ve got it listed as elsewhere online. Gotta make sure I pop off in those Google results and all that. No real preconceived notions about what these tracks might sound like, but if I had to guess maybe some kind of Electronica type stuff but it could be pretty much anything really if we’re honest. As always, only one way to know for sure so let’s take a listen and see what we’ve got here.

Well, I wasn’t expecting the slightly Gothic flair that title track “Shura rura” opened up with it, but the synthesizers I speculated on were certainly present. An interesting combination of energetic moodiness is how I would describe the overall tone here initially I suppose. We settle into something a little more steady and rhythmic in time for the first verses to come in, with the instrumental being dominated quite heavily by distorted guitars, to the point where you can’t really discern much of a drumbeat. The vocals have no problem coming through though, with some pretty powerful deliveries and at times getting a little bit rougher around the edges which was a bit of a surprise. Nice to hear some personality coming through as that’s a big part of the Idol experience in my opinion. The chorus then gets pretty hyped up and energetic, calling back to the sort of mood we started off on which is nice. The vocals similarly start to get a bit out of control in their exuberance, but never to the point of it impacting the song in a negative way. It’s some nice, catchy fun which is something that I always welcome. Outside of that, the way they brought the tone down for the bridge then exploded the song back into life as it raced towards its climax was pretty awesome and a clear highlight on what was already a very enjoyable track. Yeah, I like this one quite a bit folks.

Given the high tension with which the opening synthesizer arrangement of b-side “THE WORLD PARTY LIGHT” started out on, I figured this one might be a pretty dense, hard hitting affair. So when the vocals came in and the mood eased a bit it was somewhat of a surprise, and the almost Ballad nature of the delivery definitely wasn’t where I expected this track to head off in either. Turns out that was a bait and switch too, because the mood changes once again and the song morphs back into more of the hyperactive, pounding sort of style that its opening moments were hinting at. Rapidfire vocals are the name of the game for large portions of this track and they’re delivered with plenty of fire and vigor as they race along to the drumbeat. It’s pretty catchy stuff that I feel like most people would be able to enjoy and there’s more than a couple of subtleties to how things are presented as well. Lots of instrumental quirks and quite a lot of individual personality on show from each of the group’s members in the vocal performances too which is always something I love to hear personally. They maybe didn’t have to repeat the whole calming bridge into super upbeat and energetic structure from the previous song but I think everything else is sufficiently different enough to give them a pass on that one. If you’re after something fun with a lot of energy then I think you’ll find plenty of that here.

“Shura rara” is yet another perfect example of why you should never judge a book by its cover. Of course there are a few elements of Electronica involved here but I think it would be more than fair to say that there’s also quite a bit more to sink your teeth into. Even if we disagree on that, there’s no denying that moimeme have offered us up a couple of really fun tracks with a lot of great energy and personality packed into them.

I’m definitely interested to hear more from moimeme based on this very positive first impression they’ve given me here. The group certainly seems to be on the come up even if I personally hadn’t heard of them before this release. They’re on my radar now though and I wish them the best with their upcoming one-man whenever it ends up happening now, and hopefully we get some new songs before long too. I really would like to hear some more material from them.

Enjoy the content? Consider supporting the site on Patreon for as little as $1 a month.
BBJPmoimemesingle review
0 comment
FacebookTwitterTumblrRedditEmail