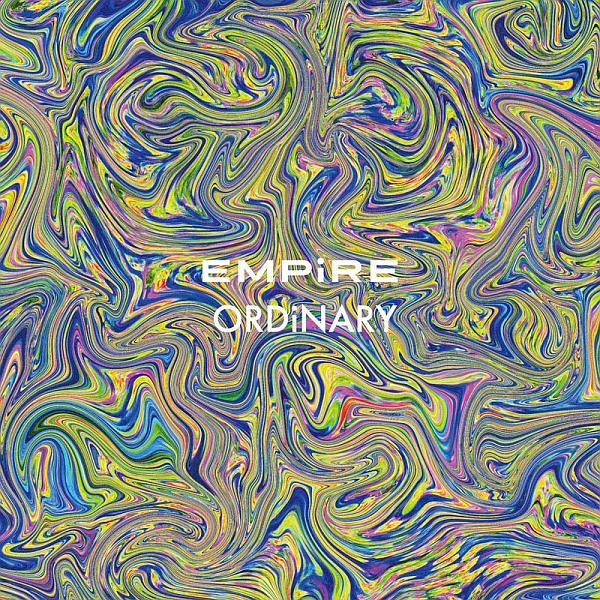 My thoughts on “ORDiNARY” the latest…digital single? from EMPiRE.

As this whole global pandemic thing plays out, life is feeling a whole lot less than normal these days. Though I suppose by now all of this is the new “normal” in a way isn’t it? Anyway, in these still very uncertain times a lot of us out there are looking both for distractions as well as some sense of stability and there aren’t many people out there who are able to provide that. I’m trying my best to here on the site but it’s getting a bit tougher lately I must admit.

The Japanese Idol juggernaut that is WACK are having less of a problem with all of this however. At least on the music side of things it’s pretty much business as usual with nearly all of their properties having released at least a single, if not an album by this point in 2020. There’s a couple still to check off the list though and we get to do that with EMPiRE today as I’m checking out their new digital single “ORDiNARY”. Originally included as a bonus in some ridiculously expensive Blu-ray box, it was nice of them to offer it up for even us lowly peasants to enjoy too.

For the past year or so EMPiRE have been fairly consistent in the quality of their releases, and for a lot of that time they were putting out the WACK content that I was most enjoying. Sure they weren’t doing anything super flashy but in a sea of heavy distortion, releases like their 3 singles and year capping album “the GREAT JOURNEY” (review here) offered something a bit different to what their sisters were putting out. They ended 2019 with a pretty strong hand, but then the rest of the family decided to wake up and have been putting out some great material so far in 2020. Let’s see how EMPiRE stack up to their peers these days then, shall we?

Title track “ORDiNARY” elects to open with a rather beautiful piano melody, which is very quickly joined by an acoustic guitar and the vocals don’t waste any time getting in on the act here either. It’s a nice, calm sort of mood being created here which is fairly uncommon for a WACK song if we’re being honest and we rarely get to hear much acoustic guitar from any of their groups either. It’s also nice to hear vocal performances from the members that are probably about as natural as you’re going to get from a major label studio release in 2020. Really nice, pure emotions being put into the delivery of the lyrics too so if you’re into that sort of singer-songwriter style then that certainly seems to be what they’re trying to capture here and they’re pulling it off rather well too. Things do begin to build a bit however, and by the time we hit the first chorus the song has taken on a bit more of a Shoegaze style to its instrumentation, with some fuzzy, ethereal sounding guitar riffs creating a really awesome atmosphere that allows the vocals to take on a bit more raw emotion too. It’s a good way to make the chorus stand out, that’s for sure and I enjoyed the bridge even more so when the guitars really got let go and were allowed to provide an even more raw, fuzzed out element to the song. Didn’t expect the song to take the direction it did after how it started off but I’m super happy that it did.

B-side “I have to go” sets off on a noticeably more upbeat tone, though still with a fairly significant piano component to its opening instrumental. It has this sort of funky, summery vibe to it I suppose which is pretty appropriate as we enter the summer months here so even if we can’t quite fully leave the house at least EMPiRE are bringing some sunshine into it with this track. The vocals are kinda interesting in that they have this almost Chill-Hop dynamic to them, which is also something that you don’t really hear out of WACK…well, ever really if we’re being honest. I really liked the smooth flow to them and there were some pretty catchy hooks going on too which is always a plus in my book. I suppose one criticism of the verses could be that the instrumental is taking a bit too much of a backseat but with this style of song I think it’s fairly forgivable. They do ramp it up quite a bit when the first chorus hits to be fair, with the vocals getting a bit more energetic and some rather nice guitar riffs being brought into the equation. There’s also a pretty awesome guitar solo which serves as a bridge of sorts later in the song that sounded really cool too. Just a nice feelgood track overall, something that I think we can all do with at times like these. I just didn’t expect to hear it coming from EMPiRE of all groups is all.

Well, I think it’s safe to say that “ORDiNARY” is fairly not ordinary, both by EMPiRE’s usual standards as well as WACK’s. Some pretty cool new influences being brought into play on this release though and I wouldn’t mind hearing more stuff in a similar sort of style from the group in the future either. Not sure how likely that’s going to be, or how long we’re going to have to wait for it if it does eventually come to pass either. Gotta have a bit of hope though, right?

You know what, EMPiRE might have just put out two of my favorite WACK songs from 2020 so far. That’s a pretty impressive feat considering how much I found myself enjoying the recent BiS album (review here) and some of the new ex. GANG PARADE stuff (review here) but hey, this year is full of surprises isn’t it? Thankfully some of them are nice ones at least and hopefully we can get back on track here soon because I want more new music, both from EMPiRE as well as the other WACK properties.

Enjoy the content? Consider supporting the site on Patreon for as little as $1 a month.
AvexEMPiREsingle review
0 comment
FacebookTwitterTumblrRedditEmail