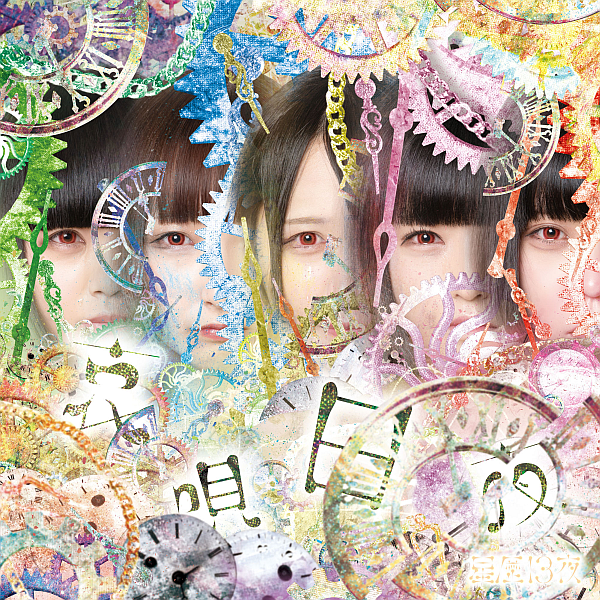 My thoughts on “Aiuta Nichiya”, the latest single from Seireki13ya.

2020 has gotten off to a fairly slow start for codomomental and its various Idol projects, though who could blame them with how crazy everything has been recently. Still, it’s somewhat unusual for there to be such a ebb in the company’s musical output as we saw over much of winter. Well, spring is here now even if it doesn’t maybe feel like it and the wheels of the production juggernaut are starting to slowly turn once again.

I make no secret that Seireki13ya, codomomental’s youngest project, still haven’t really fully clicked with me. Their musical stylings are fairly different to their sister groups admittedly so perhaps that’s part of the reason. There was a fair amount of material on their first album “Hugdreamy Horoscope” (review here) that I found interesting though, it’s just there haven’t really been enough songs that caught my imagination just yet. There’s no denying the group does what they do very well though.

“Aiuta Nichiya” is Seireki’s latest single and it’s comprised of two tracks, both of which are new so that’s already a pretty good starting point. I’ve been really distracted/busy lately so haven’t had a chance to listen to either song even a little, which means I’m genuinely coming into this review totally blind. Those are usually some of the most fun ones though, and it’s not like I don’t have a rough idea of what to expect from this group by now anyway. Or do I? I suppose I should get to pressing play so I can find out.

Title track “Aiuta Nichiya” gets underway in a flurry of synthesizers backed by a pounding, bass heavy EDM beat. Pretty typical stuff that we should have all come to expect from Seireki by now with this style very much being the group’s comfort zone at this point. That nice, energetic lead-in lets up a bit once the song starts to introduce some vocals into the mix, transitioning into a more piano lead style that’s quite punchy despite its mellow tone. The vocals here are fairly clean, by Seireki standards at least, with just a little bit of auto-tune to help things along. Nothing too blow away in terms of hooks and such, but the structuring is catchy enough and there’s a decent amount of personality on show too. Things then gently begin to build to the first chorus which is basically the same style as the song’s opening sequence, which certainly helps everything to pop after the more downplayed nature of the verses. The vocals are a little bit lacking in color here by comparison though, and maybe could have done with slightly a better hook but it’s a perfectly fine chorus for what it is. From there each verse segment takes on a slightly different instrumental style, be it percussion, synthesizers and what have you which makes for some nice variety I thought and the vocals remain pretty strong throughout both in terms of content and delivery. Some nice subtleties to this track which aren’t the most apparent given some of the more dominating, paint by numbers elements that are also featured.

B-side “Night Merry” has a pretty cute/amusing title so things are already off to a fairly positive start as far as I’m concerned. The lightly fuzzy ambience of the track’s opening Chiptune/video game inspired instrumental are also something a bit different from the Seireki norm, so pretty interesting stuff out of the gate. We’ve got this sort of dreamy, Lo-Fi thing going on and I’m quite partial to that if you’re familiar with my musical tastes outside of this Idol thing. The vocals are pretty theme appropriate too when they come in, quite low in tone and not overly expressive like can often be the case from a Seireki song. Things do pick up a little bit as the song progresses, with various quirky synthesizer melodies being incorporated into the song’s base style in a pretty seamless way. The vocals also start to get a bit more volume behind them, though not really deviating from their initial tone and mood all that much in the process. The chorus is a whole other beast entirely however, with the instrumental taking on this very bass heavy, Tropical style beat that actually isn’t even all that out of place somehow and is actually a rather welcome clearing of the air. The vocals perk up a little for these parts too but still keep to the overall theme of the track, which I think definitely helped tie it all together now that I think about it. Quite different by Seireki standards but I wouldn’t hate to hear them experiment a bit more with stuff like this on future releases.

“Aiuta Nichiya” is a pretty enjoyable single that sees Seireki13ya attempt to appeal to both their existing audience while also trying out some new things to expand their sound. The release’s title track is very much an example of the former, though with some nice subtleties, and its b-side a very clear attempt to experiment with new influences and ideas. I think they did both pretty well for what it’s worth, though “Night Merry” was the more interesting track in my personal opinion.

Like I mentioned earlier, I hope that Seireki continue to experiment with different styles of Electronica/EDM/Ambient/etc music and start putting some more meat on the bones of what is already a very solid start to the group’s career. Who knows how 2020 is going to play out for them or anyone else at this point, but I await their next release with interest as dare I say this single’s b-side might have finally captured my imagination as far as this group is concerned. Let’s wait a little longer on making it official though.