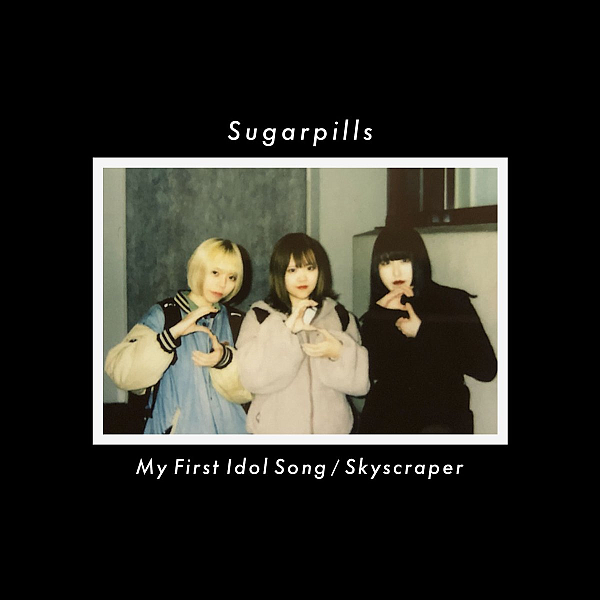 My thoughts on “My First Idol Song / Skyscraper”, the first EP from Sugarpills.

Sometimes I really do wonder just how deep this rabbit hole goes folks. I dig a little, I find some new groups I and probably most of you have never heard of and then I dig some more and find even more. It’s like it never ends somehow, especially these days with digital distribution becoming more and more of a thing in Japan. You get to hear a lot of stuff now that in years past you would only have been able to experience by buying a hastily burnt CD-R from a merch table at a basement show. It’s a pretty awesome time to be a fan.

Today I present to you yet another new group. They’re called Sugarpills, a 3-piece from Kyoto who have been active for about a year or so at this point. They consider themselves to be an Emo group so we’ll see what their interpretation of that genre sounds like in a bit here. WACK fans might like to note that the group was supposed to feature MONSTER IDOL contestant Misuzu in its ranks as announced a few months ago, but it appears she never actually debuted and has since withdrawn. An interesting sidebar but not the main focus of this article so let’s move on.

Today I’m checking out “My First Idol Song / Skyscraper”, which is the first…well they’re calling it an EP but I dunno. Anyway, it’s the first digital release from Sugarpills and it features two tracks so it should be enough to get a decent idea of what the group is like. I don’t mind a bit of Emo music myself and like I said earlier, I’m interested to hear what this group’s interpretation of that genre sounds like. Reviews from these less well known groups are usually a bit of an unknown but that’s part of what makes it fun for me. The other part is finding cool new music to listen to. Let’s see if we can do that last part today, shall we? 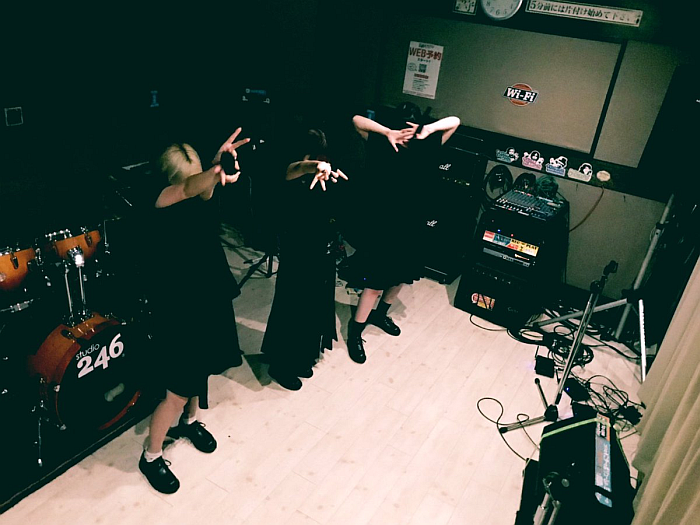 Anyone else get WACK-ish vibes from the title of the EP’s first track “My First Idol Song” or is that just me? In any case, the song definitely starts out with that early 2000s Emo sort of sound, with melodic guitar riffs being slightly fuzzed out while being accompanied by a fairly catchy drumbeat. If you were around for it back then, you’ll know exactly what I mean. The instrumental clears out quite a bit when the vocals come in though, with some very light guitar that somewhat reminds me of old school Paramore replacing the busier style that we opened with. The vocals are a bit melancholic in tone, which is once again fairly typical for the style but they’re still nice and melodic in their own right and the lyrics themselves have the right amount of catchiness for a song like this too. The chorus is a bit more emotionally charged which was nice to hear, and the instrumental flips back to that fuzzier style that we heard earlier in the track. If you’re into this genre then I think you’ll like what you hear here. The remainder of the track takes on a mix of both styles which works really well as I felt each one was missing various aspects of the other. A bit more energy to the melancholic parts and a bit more melody for the fuzzier moments for example. I dunno if the younger folks will get it but this is a really enjoyable blast from the past for me personally.

We continue with the heavy early 2000s influence into the EP’s second track “Skyscraper” which features another very familiar sounding lead guitar style as the main feature of the opening moments of its instrumental. Very bright and catchy stuff to start things off, before it’s joined by fuzzier tones and another catchy and fairly upbeat tempo coming from the drums. We follow a fairly similar progression to the previous track, with things calming down once again with the introduction of the opening verse. Not quite as melancholic on the vocal side of things this time, but the tone and cadence of the delivery is still fairly low and deliberate. There is a nice richness to it though and they’re complimented nicely by the low fuzz from the guitars and the steady drumbeat that’s behind them. The chorus strays quite a ways away from all of that though, with emotionally charged, soaring vocal melodies being the headline feature of the once again rather fuzzy affair. Again, you’ll get a sense of familiarity if you were a fan of Emo music back in the day which is a pretty cool thing to hear in 2020. The verses pick up a bit more vocal intensity as the song progresses which I thought was a nice touch and definitely helped carry things along nicely. Another fine example of a style that seems like it might be making a resurgence in the coming year or two. Pretty cool stuff.

I wasn’t really sure how this EP was going to play out but it actually ended up being exactly what I was hoping for. If you’re currently into Emo music or were in your younger years then Sugarpills are definitely going to be a group you’ll be able to get behind. If you never got into it or missed it the first time around then I’d recommend giving these songs a try as they feature a lot of elements that crop up all the time in some of today’s more contemporary genres.

Well, I certainly want to hear more out of Sugarpills at the earliest opportunity. I doubt that’s going to be anytime soon given their still very indie status but they’re well and truly on my radar now. You don’t often hear idol groups with a real Emo influence, and seeing as it was one of my favorite genres in my younger years I will be awaiting their next release with great anticipation. Another pleasant surprise coming from my “review all of the things” policy.

Enjoy the content? Consider supporting the site on Patreon for as little as $1 a month.
indiesingle reviewSugarpills
0 comment
FacebookTwitterTumblrRedditEmail